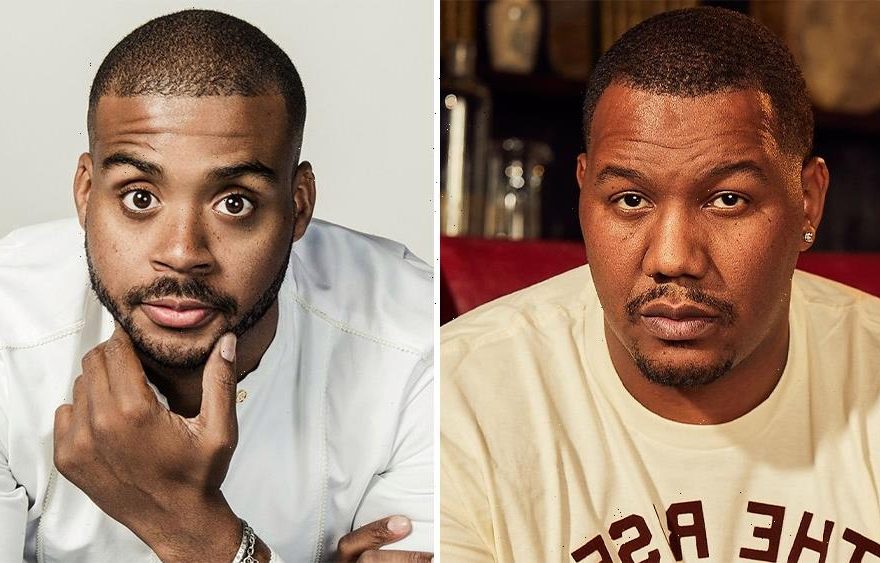 In the months after the death of George Floyd, the country started to take a hard look in the mirror. We asked: Was this a nation built on white supremacy? Do we police African-Americans differently? Were we excluding people from opportunities based on the color of their skin? Protestors hit the streets, athletes boycotted games, and we demanded accountability from our politicians. We discussed the limits of policing, structures that perpetuated racism and the daily aggressions people of color faced. We argued online and offline, elected a new president and slashed police budgets.

Days ago, police killed another Black man, 20-year old Daunte Wright, about 20 minutes from where Floyd died. The time was ripe for filmmakers to use their platform for change.

The Ghetto Film School in conjunction with Madison Wells held a panel Thursday night to tackle the issues of incorporating their identity and social awareness into filmmaking.

Joining host and GFS alumna Luna Garcia over a virtual Zoom video conference were A Concerto Is a Conversation co-directors Ben Proudfoot and Kris Bowers, Two Distant Strangers co-director and scribe Travon Free and Madison Wells founder Gigi Pritzker. A Concerto Is a Conversation and Two Distant Strangers are Oscar-nominated in their respective categories — Documentary Short and Live Action Short.

Green Book composer Bowers found there have been meaningful shifts in both classical music and Hollywood. Naming Los Angeles Philharmonic director Gustavo Dudamel, the two-time Emmy nominee said the maestro is using his platform to make efforts to engage with the underserved communities of Los Angeles. With respect to Hollywood, Bowers mentions how Ava DuVernay’s Array was an indispensable resource that aims to give access to people who’ve never had it before. Like many PoC creatives, Bowers invented his own resources and entered places where people like him weren’t welcome.

“I learned everything about scoring by myself: learning how to use software and asking people. I had mentors I was able to ask for advice and built my own school out of it,” Bowers explained. “But if you grow up in a world that tells you, you don’t belong in certain spaces, you might not have the mentality to find as much out. I feel it’s important to have other people that do have access to see somebody like that and say, ‘Actually, no, you do have something. Let me help you tap into that.’”

In writing the screenplay for Two Distant Strangers, Free found the process challenging. Although Free’s career was steeped in comedy for many years – he won a Primetime Emmy for his work on The Daily Show in 2015 – he noticed the story did not lend itself to humor like he wanted. Instead, it lent itself to something darker.

“There are moments of humor. In that way, it felt more like real life, where you can be sad, and then something can be funny in a moment’s notice,” Free said. “That shouldn’t only be relegated to real life. I think that’s what contributed to how the movie itself plays out, because the tone of the opening reflects my real life. You could be leaving the best situation, then you walk outside and it turns on a dime. What’s more real than that? The fact that you can go from happiness to sadness in the blink of an eye. I wanted to convey that feeling the most because it’s what we experience so much.”

The dissonance, he said, was born from the reality for Black people in this country. That reality, as Free calls it, is a “really horrible lottery.”

“You never bought a ticket, but you have no idea when your number might be called,” he added.

Free felt the Groundhog Day trope – a never-ending time loop forcing a person to relive the same day – was an appropriate metaphor for Black life in America. An experience lived every day with no hope of getting out.

“There are people in this country who are living the worst possible version of Groundhog Day,” Free said. “[What] Bill Murray goes through is something that is not necessarily connected to the color of his skin. He’s attempting to learn to be a better human being in order to break the cycle. Whereas, in my life, I have to exist and the cycle will find you.”

Producer Gigi Pritzker commented that the common thread between these projects, both of which Madison Wells is involved in, was the impact each film had. Though they were different in scope and subject, each film clearly reflected the times we live in. “I want to be in a world where there are lots of stories and where a story about somebody’s grandfather can move you as much as an impactful, jarring story that opens your eyes to the reality we’re all living in,” Pritzker said.

In a thoughtful answer about being a Black artist, Free explained how his onus in telling the most authentic version of the story shaped the short film through the first-person lens. Without putting the audience directly in the protagonist’s shoes, he articulated, the whole experience would result in a type of trauma voyeurism. “You are being told nothing, but given a recreation of something you’ve seen before,” Free said.

On the opposite side, Free pointed out the incongruity that comes with writing uncomplicated stories about Black joy free from pain. “We can’t live a life where Daunte Wrights happen, but only see stories where two Black people fall in love. That has nothing to do with the real world they inhabit. That becomes fantasy,” he said.

Free said the challenge for him as a filmmaker is in marrying these pursuits together.

He added: “If you can take that character, replace them with a white character and it changes nothing about the story, is that good for us? Is that good for me as a storyteller?”

Watch the full panel in the video above.