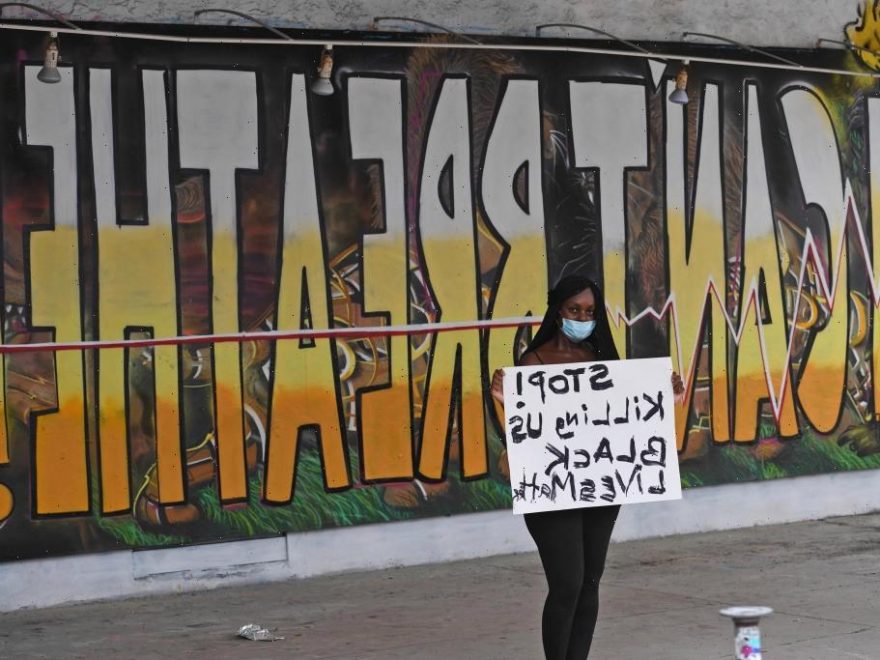 It’s been one year since George Floyd’s death at the hands of police on the streets of Minneapolis — and America and the world were horrified by the cellphone video. Cities exploded with protests that would last throughout the summer and feed a renewed national focus on justice, equality and race in general. As we mark the solemn anniversary today, many TV networks will air programming that focuses on that terrible day and its aftermath as America continues to struggle with social justice issues.

Here is a sampling of what to watch tonight and this week. All programming is for Tuesday, May 25, unless otherwise noted.

The network will air the one-hour special After Floyd: The Year that Shook America at 10 p.m. Part of ABC’s Soul of a Nation series and anchored by Tamron Hall, it takes a close look at the generation-defining moment and will attempt to provide insight on where the country goes after Derek Chauvin’s guilty verdict on the anniversary of George Floyd’s death. It features interviews with Floyd’s family, attorney Ben Crump, Kendrick Sampson, the Rev. Al Sharpton and others.

The cable network will air OWN and P&G Present: Widen the Screen – A Fuller View of Black Life, an hourlong special hosted by Oprah Winfrey and features short films and new content by Black creators that celebrate Black stories and the expansiveness of Black life, while honoring the anniversary of George Floyd’s death. Watch a clip here:

The cable net this week will premiere three primetime news specials powered by its social impact initiative Content for Change. Bars and Ballads for George Floyd (8 p.m. May 25) features a musical and spoken-word performances and commentary from Jon Batiste, Nas, Andrew Young, Anthony Hamilton and others to pay tribute to George Floyd and the movement that exploded in reaction to his killing.
Justice Now: Race & Reckoning (8 p.m. May 26) hosted by Soledad O’Brien, features prominent voices in politics, law enforcement, corporate America, Hollywood and sports addressing America’s racial reckoning and speaking truth to those in power. O’Brien also hosts Justice Now: The Way Forward (8 p.m. May 27), which examines the persistent barriers to change that have negatively impacted the Black community for generations and highlights meaningful solutions that can bring about true racial and economic justice in a “post-George Floyd” America.

The pubcaster will air Race Matters: America After George Floyd at 10 p.m. The special looks at what has changed, and what hasn’t, since the outrage and protests of last summer, focusing on Minneapolis as well as several other communities around the country that have also seen protests, police killings and hate crimes. Some local PBS outlets also will air Say His Name: Five Days of George Floyd, a special filmed in the after of his death that captures an immersive observation of unrest, anger, and hope in the five days between Floyd’s killing and the announcement of charges filed against the police officers.

World Channel has released The Conversation Remix, three short films by Michèle Stephenson and Joe Brewster’s Rada Studio. Stemming from the New York Times‘ 2015 “A Conversation on Race Op-Docs” series. For Our Girls: Conversations with Black Women presents updated discussions and reflections on Black women as seen through the eyes of mothers and daughters. Learning to Breathe: Conversations with Young Black Men is a sequel to Growing Up Black, presenting their striking evolution from boys to young adults during an era when the name of George Floyd joined that of Michael Brown in the national consciousness. Good White People: A Conversation with White People introduces a new cast of participants and ponders whether white people are truly ready to address and dismantle white supremacy.

“Into America with Trymaine Lee: After George Floyd” is the new episode of Trymaine Lee podcast, for which he speaks in-depth with Christopher Martin. The then-18-year-old called 911 on George Floyd when he accepted a counterfeit $20 bill from him as a clerk at a Minneapolis Cup Foods and then testified at Derek Chauvin’s murder trial.