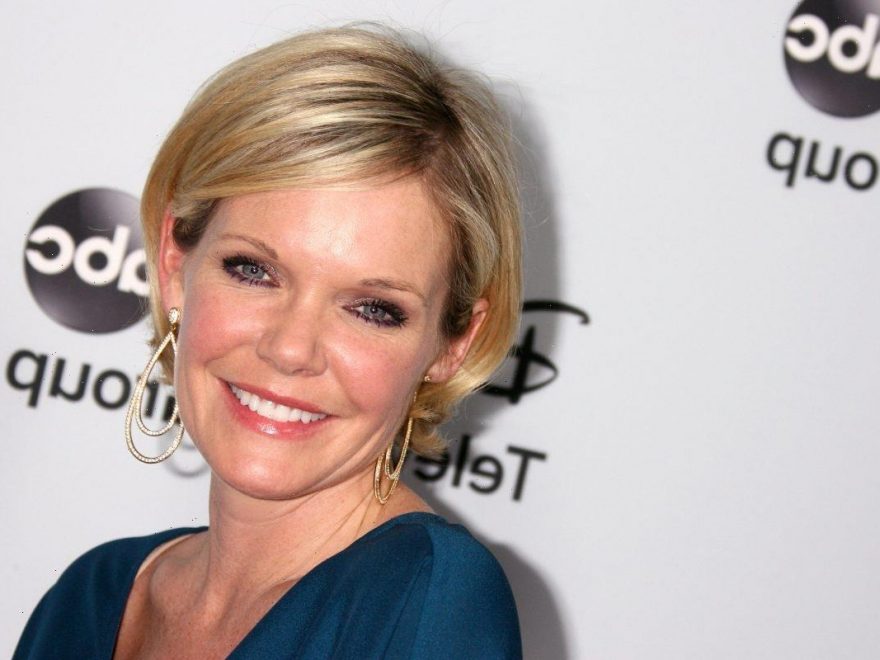 General Hospital leading lady Ava Jerome (Maura West) knows how to heat up Port Charles. Since she arrived in 2013, Ava has been a hot topic with most of the discussion on her personal life. Like many soap opera characters, she’s experienced ups and downs in the romance department. With her current relationship in trouble, she may find love with another man.

However, Nikolas better watch his back because another man may steal Ava’s affections. That man is Hamilton Finn (Michael Easton).

On the April 27 episode, Ava and Hamilton met up for a friendly chat. The discussion centered around Finn looking for father-daughter activities he can do with Violet Finn (Jophielle Love). Ava recommended he take her to the nail salon for a manicure, and Finn followed her advice.

While the scene was nothing more than Ava offering parenting advice, fans felt it was much more. Many viewers believe the writers tested a potential pairing with Ava and Finn on a Reddit thread.

“Are they chem testing Finn & Ava?” asked one user.

“I feel like they were chem testing Finn and Ava. They do have chemistry. Way more than their current pairings,” another commenter replied.

“Finn somewhat feels more natural with Ava than he does with Elizabeth,” wrote one fan.

Both characters are having relationship issues

Ava and Esme have had their issues in the past. Esme helped Spencer stalk Ava and struck fear into his stepmother by setting her car on fire. Although Esme claims she’s changed, Ava is skeptical. Nikolas and Ava disagree about Esme living in their house; tension is so bad the couple is sleeping in separate rooms.

But they’re not the only couple having problems. Finn is trying to help his girlfriend, Elizabeth Webber (Rebecca Herbst), who is in a nightmarish situation. Elizabeth is on edge after being stalked by a mystery person. Finn is on the case trying to track down the stalker while also protecting Liz.

However, instead of being grateful for Finn’s help, Elizabeth becomes distant as she pushes him away. The situation tests the couple, and even when the stalker is caught, their relationship may not survive.

With both their relationships floundering, Ava and Finn may find themselves spending more time together on General Hospital. The two could become pals as they commiserate over their relationship issues. Before long, an attraction will brew with the couple trying hard not to resist temptation.

While Nikolas and Elizabeth won’t be thrilled with their partners spending time together, fans are all for it. Finn has come under fire for being too dull, yet Ava is the one who could make him exciting. Ava and Finn prove they have chemistry, and with the right push, they could become Port Charles’ newest couple. So bring on Fava or Avinn.