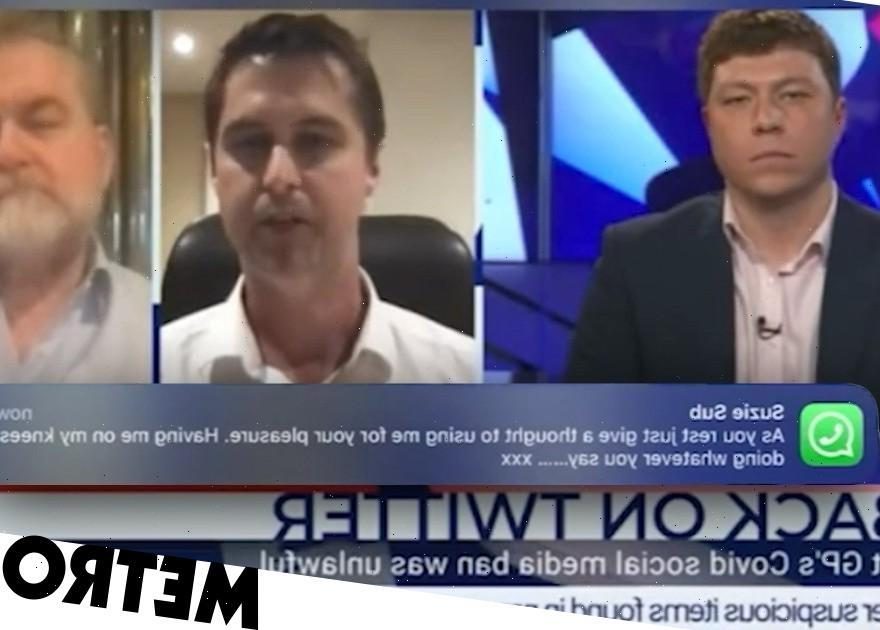 Vaccine sceptic doctor, Dr Samuel White was rudely interrupted when a saucy text message appeared on his screen during his chat on GB News.

The GP spoke to presenter Patrick Christys after he won a legal case that ordered him to stop discussing the virus on social media.

Dr White previously questioned the efficacy of the Covid vaccine, and the government’s response to the virus, which led to being accused of spreading misinformation.

After winning his tribunal at the High Court last week, he was on the news channel to discuss the case, with broadcaster Jon Gaunt.

But during his remote chat on the channel, a very amusing message flashed up on his screen after he received a notification from a contact named Suzie Sub. 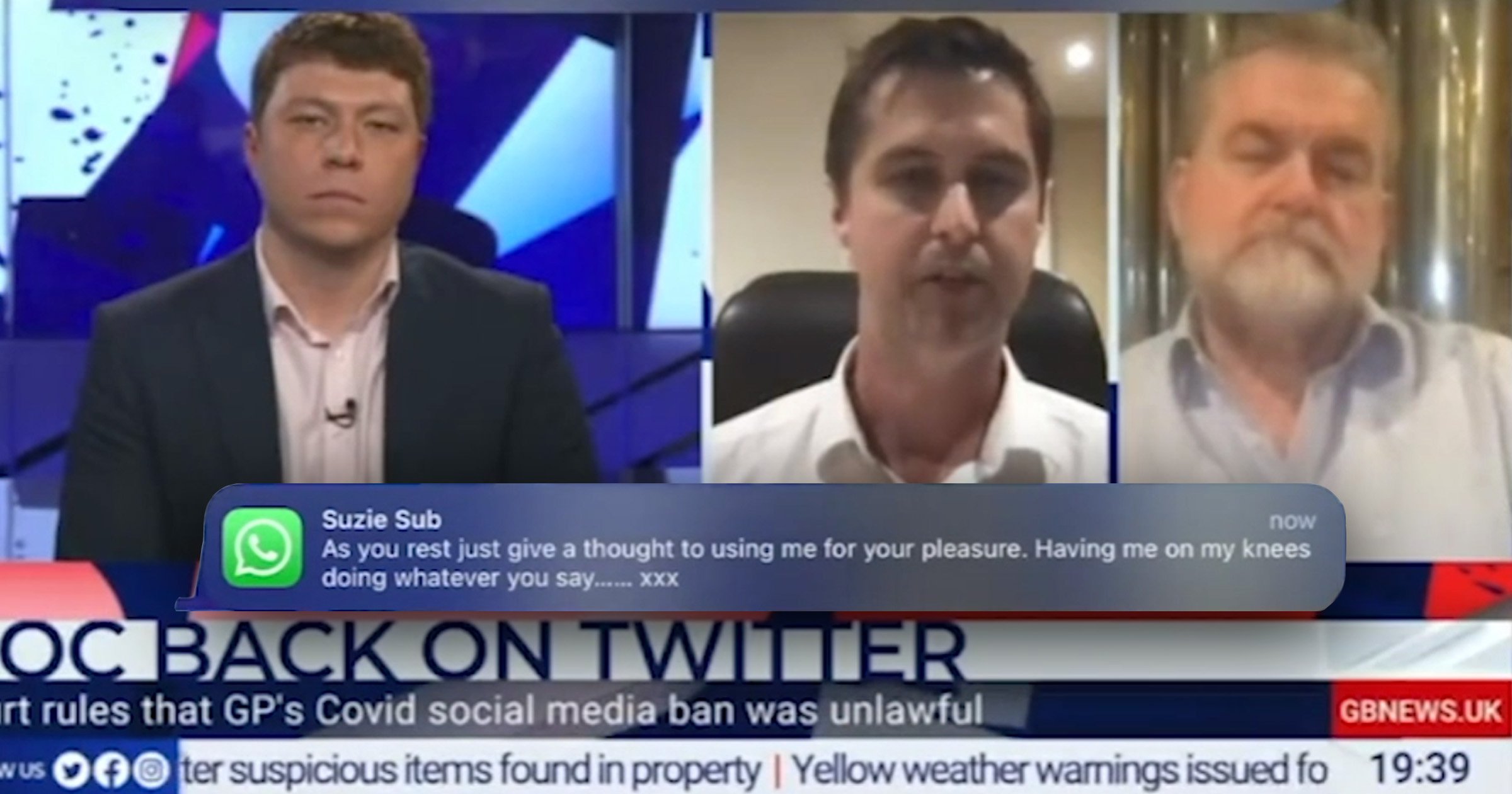 The interview clip – which included the unfortunate slip-up – was then uploaded to Dr White’s website shortly after.

However, after the moment was spotted by some Twitter users, it didn’t take long for the website to be taken offline.

‘Dr Sam White uploaded this video to his website but in his over-eagerness to get his ‘message’ out, he obviously didn’t watch it back first,’ wrote one.