Melisandre (played by Carice van Houten) predicted Varys’ death in season seven of Game of Thrones and many fans were surprised he has even made it this far.

Known for his loyalty to anyone in power, Varys decided to put the realm first and reveal Jon Snow (Kit Harington) as the true heir to the Iron Throne.

But his actions were exposed by Tyrion Lannister (Peter Dinklage) and Daenerys Targaryen (Emilia Clarke) revealed their was no other option than to have Varys killed for treason.

She instructed her remaining dragon Drogon to burn Varys alive and fans took to Twitter to share their mixed views regarding his death, with some complaining it was too much.

One fan said: “Mad respect for my man Varys. loyal to the realm until the end. A true slytherin. He didn’t deserve this s**t.”

Another added: “Y’all it’s too early to lose Varys, I’m going to cry for real.”

Others were glad his destiny had been fulfilled: “Varys finally getting what he deserves after being a snake for eight straight seasons.” 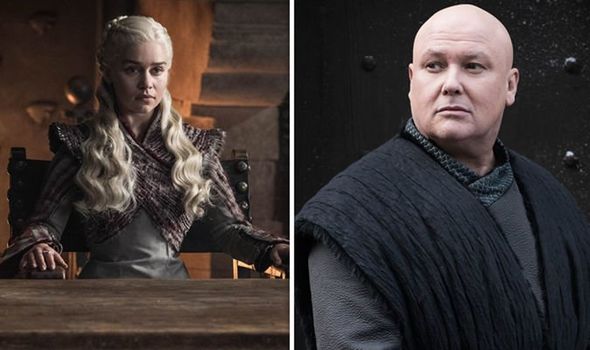