Game of Thrones viewers witnessed some epic battles in the final season of the show. Perhaps the most dangerous of all the fights was at Winterfell, which saw the armies of Jon Snow (played by Kit Harington) and Deanerys Targaryen (Emilia Clarke) taking on the forces of the undead, at the behest of the Night King (Vladimir Furdik).

Eventually it was Arya Stark (Maisie Williams) who ended the battle outright, but she received a lot of help from the red with Melisandre (Carice van Houten).

Melisandre arrived to give the blessing of her god to the Dothraki, which engulfed their weapons in flame, and allowed them to deal fatal blows to their foes.

But fans have since been discussing Melisandre’s journey on the show, and how it progressed in season seven to season eight.

Viewers will remember season seven saw the witch disappear from the show, as she explained she needed to set out for Volantis. 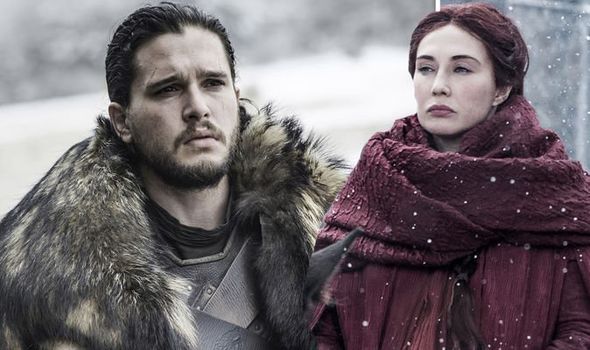 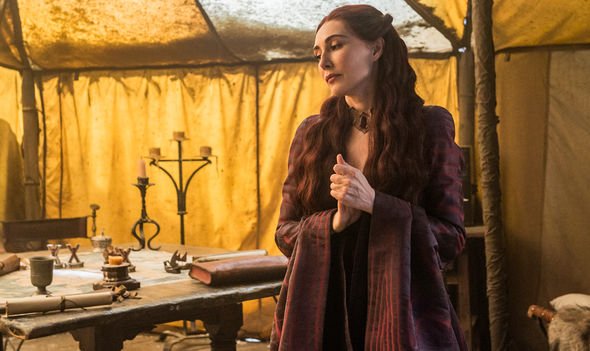 But this was ultimately a strange move, as she eventually returned to Westeros to fight in the battle against the Night King.

Reddit user arthasmenethil0 recently laid it out and said: “In Season seven, she said she has important business in Volantis but she will return to Westeros because she was destined to die there.

“I know they pretty much scrapped this, but what do you think they intended with that scene?”

While the user claims this supposed plot line was “scrapped”, fans of the show have since suggested ways for this disappearance to add to the show’s narrative. 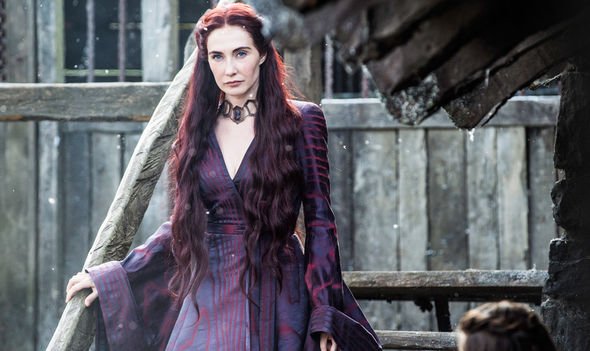 Melisandre’s disappearance occurred until she arrived back in Winterfell, ready to fight the undead.

During this battle she utilised powers she didn’t have before, and fans think her trip to Volantis was used to help bolster her abilities.

One wrote: “My takeaway from the show is that she needed to go back and get the necessary superpowers for The Long Night episode, but who knows.”

It would then make sense for Melisandre to have gotten these new powers from her god in Volantis in exchange for her life.

Shortly after her stint in Winterfell, the spell caster walked into the night and died, ending her legacy with a triumphant final act.

However in the books her work was not yet over, as she was supposed to magically change the appearance of Mance Rayder (Ciaran Hinds).

In the books, Melisandre was responsible for keeping Mance safe from harm after being captured by the Night’s Watch.

The sly witch made Mance look like a sideline character, by the name of Rattleshirt.

In return, she also made Rattleshirt look exactly like Mance, leaving him to get put on the pyre.

Rattleshirt was then killed off, leaving Mance secretly alive, known to no one but Melisandre and Jon Snow.

And while this avenue of secrecy was never explored in the show, could it have happened right under Stannis Baratheon’s (Stephen Dillane) nose?

If so, would Melisandre have gotten away with it after Stannis was killed off?