With the exception of a handful of people, no one has ever seen the original Game of Thrones pilot. That’s what author James Hibberd says in his new book Fire Cannot Kill a Dragon: Game of Thrones and the Untold Story of the Epic Series. The upcoming book is an oral history of the HBO fantasy series from pilot to finale. In a newly-released excerpt, Lena Headey reveals that Cersei’s look in the original pilot was like a “medieval Dolly Parton.” 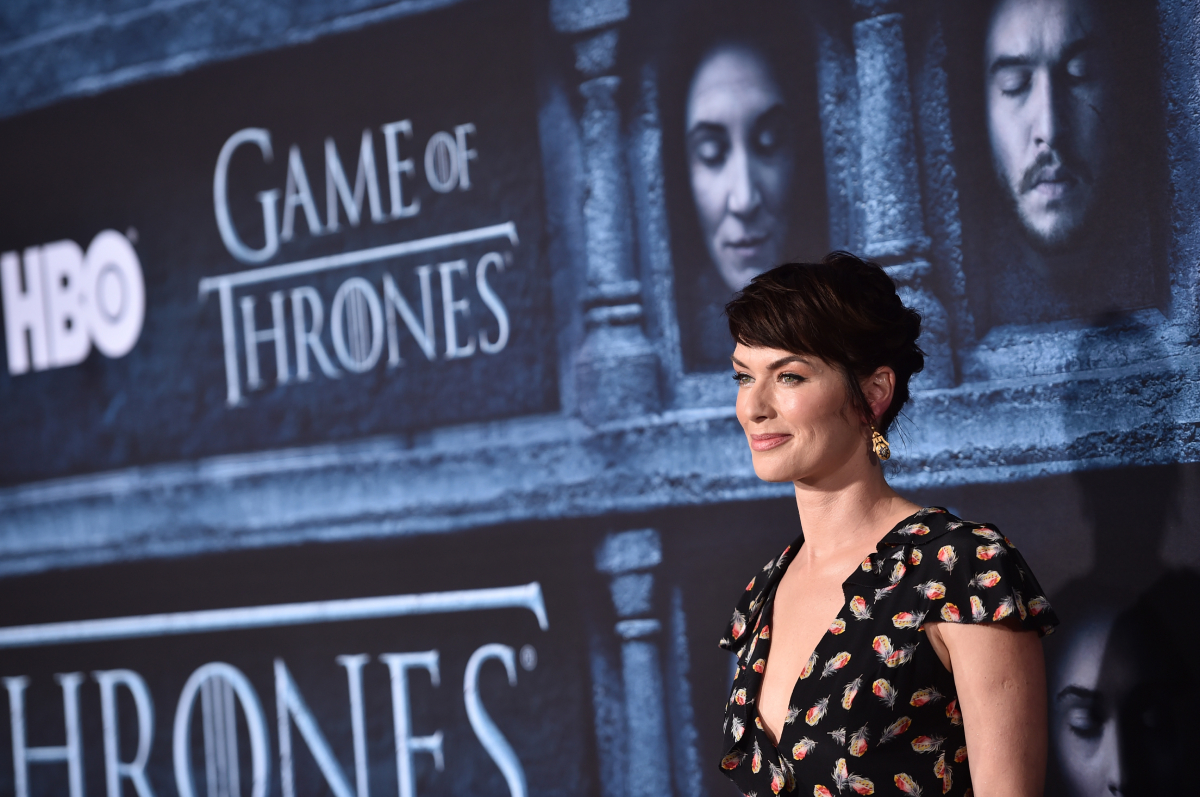 ‘Game of Thrones’ took years to get off the ground

Hibberd’s book is the first-ever behind-the-scenes account of the making of Game of Thrones from start to finish, according to Entertainment Weekly. Hibberd is EW’s editor-at-large, and his book includes input from the show’s creators, cast, crew, and executives.

It took first-time showrunners David Benioff and Dan Weiss four years to get Game of Thrones on the air. After countless meetings, negotiations, and rewrites, they finally started shooting the pilot in 2009.

“It was a frightening time because it was our first time running a production of any scale,” Weiss recalls. “And there are many, many moving parts, human and otherwise, that go into any production, especially one of this size.”

When they started shooting in Northern Ireland, not everyone grasped how ambitious the project was. Nikolaj Coster-Waldau (Jaime Lannister) says that “nobody knew what they were doing or what the hell this was.”

Coster-Waldau says that when they were shooting King Robert’s arrival in the original pilot, he remembers finding “the whole thing ridiculous.” He found the idea of a parallel universe with these very noble men to be completely absurd.

“It’s a very fine balance between being serious and believing it and just being cosplayers,” Coster-Waldau explained. “There was certainly not a sense that this was going to be some game-changer for anyone. But we had a lot of fun.”

Though #GameOfThrones became a global sensation and the most Emmy-winning drama of all time, the original pilot very nearly sunk the show. 😬 Our link in bio has the exclusive first excerpt from the upcoming oral history ‘Fire Cannot Kill a Dragon: Game of Thrones and the Untold Story of the Epic Series.’ Dive inside. 📷: HBO

A post shared by Entertainment Weekly (@entertainmentweekly) on Sep 14, 2020 at 9:05am PDT

Mark Addy (Robert Baratheon) remembers the Winterfell courtyard scene. He says that nobody kneeled when the king arrived in the first pilot. He explained that an actor can’t display power like that. Instead, it has to be afforded by others and people have to show “subservience.”

Everyone kneeled in the reshoot, and Addy says it made a “huge difference” in terms of establishing who’s in charge.

Lena Headey says that her character, Cersei Lannister, had a different look in the original pilot, and she loved it.

“I looked like a Vegas showgirl in the [original] pilot — furs and massive hair, like a medieval Dolly Parton. Not that I’m complaining, I loved it. My hair devolved,” Headey said.

Benioff says that he thought things were going well at first, but that’s because they didn’t know any better. Weiss explained that as they went on, “the cracks turned into bigger cracks, which turned into fissures.”

Weiss says that they could feel the wheels starting to come off when shooting in Morocco. By the time they presented a rough cut to friends and family, they realized it was a disaster.

Benioff says the pilot “bored” his family, but they tried to be nice. However, their friend and veteran TV producer Craig Mazin said, “you guys have a massive problem.”

Fire Cannot Kill a Dragon: Game of Thrones and the Untold Story of the Epic Series hits bookstores on October 6.