In Game of Thrones’s season eight penultimate episode, Daenerys (played by Emilia Clarke) burned King’s Landing to the ground as she drove Cersei Lannister (Lena Headey) off the Iron Throne.

She massacred thousands of innocent people in a spree that horrified lover Jon (Kit Harington) and turned him against Daenerys.

Then, in the final episode of the HBO series, Jon took the advice of Tyrion Lannister (Peter Dinklage) and stabbed her next to the Iron Throne, ending Daenerys’s reign of terror before it spread any further.

It was just before this moment that one fan realised Aemon Targaryen (Peter Vaughan) appeared to have predicted the scene way back at the Night’s Watch.

In the final episode, Jon tries to get Daenerys to see the severity of what she has done and relays the reality of the situation she has caused in King’s Landing.

He asks her: “Have you been down there?

Reddit user poub06 remembered a scene between Jon and Aemon in season one that appeared very similar to the final episode scene.

In the scene, Aemon recalls a past battle and tells Jon: “And the children! Even the little children.”

Was he warning Jon of what was to come and take action to stop it happening again? 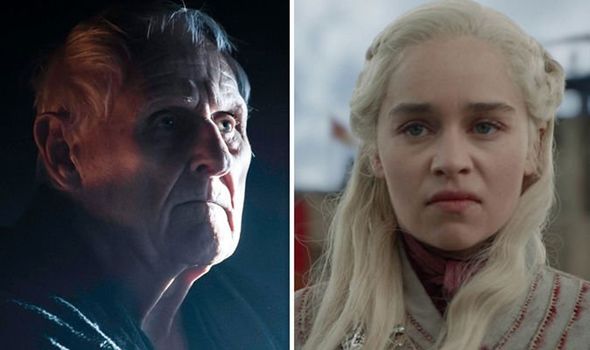 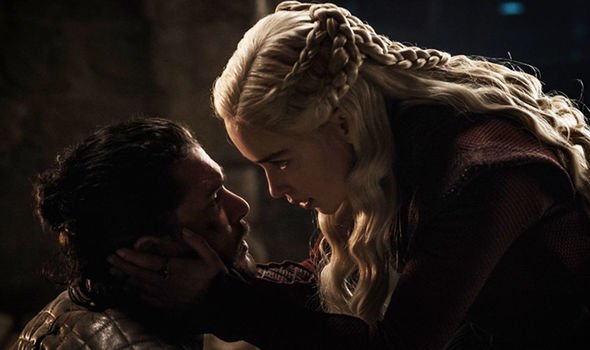 I think Aemon knew who Jon was

Introducing other fans to similar scenes, they started to speculate on whether he knew or not.

One fan, flopshooter, replied: “I think Aemon knew who Jon was. I mean, he was the Maester of Castle Black, and was privy to all the knowledge that the Citadel had.

“I have a feeling that whatever Maester performed the wedding ceremony for Rhaegar (Targaryen) and Lyanna (Stark) would have let Aemon know about it as a professional courtesy.”

At the time, Aemon was the only known Targaryen left in Westeros as Daenerys was exiled and Jon’s identity was not revealed until season eight.

He refused the throne after his brother died and headed to the Night’s Watch to escape the political fallout. 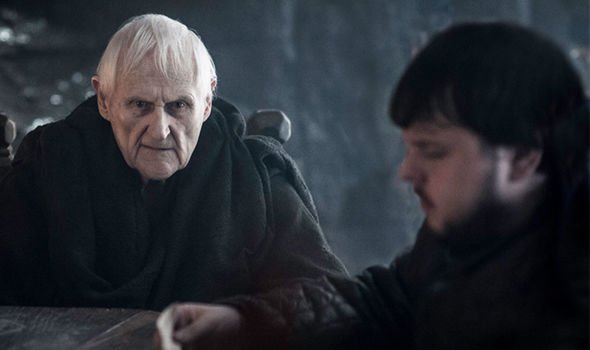 Meanwhile, the mystery surrounding where Daenerys’s body was taken after her death could finally have been solved by a clue in the final episode.

Fans have criticised her descent into the Mad Queen as too rushed and have asked for the final season to be rewritten after being left disappointed.

Sansa Stark star Sophie Turner has criticised a petition demanding it to be rewritten as “disrespectful.”

Game of Thrones is available on Sky Atlantic and NowTV.