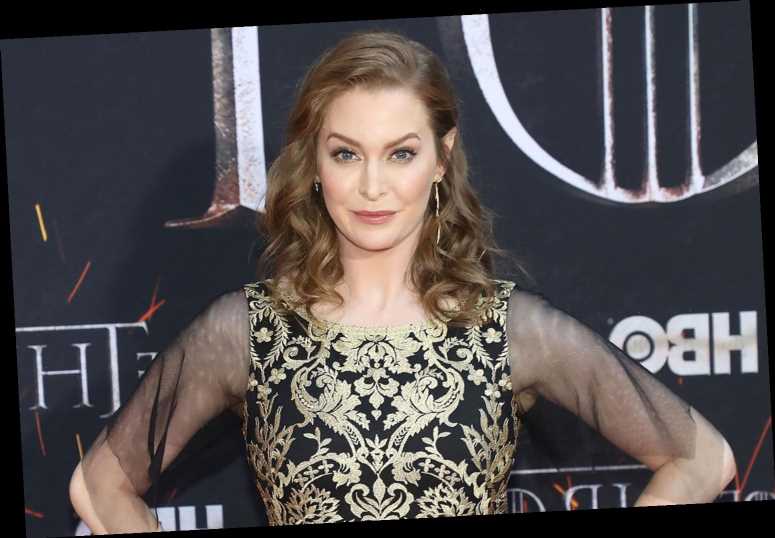 Game of Thrones actress Esmé Bianco is speaking out about her past relationship with Marilyn Manson, claiming the musician physically and sexually abused her.

In an interview with New York Magazine's The Cut, the 38-year-old star detailed her relationship with Manson, noting that he went from being a "massive role model who really helped me through some incredibly dark and difficult times as a teenager" to a "monster who almost destroyed me and almost destroyed so many women."

Manson's attorney did not immediately respond to PEOPLE's request for comment.

Bianco said she entered into a relationship with Manson in 2009 when she was 26 years old. During their time together, she alleged to the outlet that he assaulted her without consent in a music video shoot and during sex, set strict rules for her and once chased her around their shared apartment with an ax.

"I basically felt like a prisoner," Bianco told The Cut. "I came and went at his pleasure. Who I spoke to was completely controlled by him. I called my family hiding in the closet." The actress is now among more than a dozen other women who have accused Manson (real name: Brian Warner) of abuse, including Westworld star Evan Rachel Wood, who identified Manson as her abuser in an Instagram post last week.

Hours later, Manson — who has since been dropped by his label, Loma Vista Recordings, and agency, CAA — addressed the allegations against him in his own statement, calling them "horrible distortions of reality."

In her initial post, Wood alleged that the person whom she previously accused of sexually assaulting her a decade ago was Manson, saying that "he started grooming me when I was a teenager and horrifically abused me for years."

Wood, 33, also shared similar stories from photographer Ashley Walters, model Sarah McNeilly, an artist who identified herself only as Gabriella as well as student Ashley Morgan. On Tuesday, artist and activist Love Bailey shared her own experience with Manson, claiming that he "put a big Glock to [her] forehead" during a photo shoot in 2011.

Like Wood, Bianco had previously spoken out about being a survivor of domestic abuse but did not name Manson as her abuser until now. In March of 2019, she shared an Instagram post showing her back covered with wounds.

"I used to look at this photo with pride because I thought it was a sign of great devotion to my abuser," she captioned the post. "Now I look at it with horror. Despite the many years that have passed since this happened my night terrors and PTSD symptoms continue to get worse. I am a domestic violence survivor and #IAmNotOk."

Later that year, Biano testified alongside Wood in front of the California Assembly Public Safety Committee in support of the Phoenix Act, a bill the pair helped create to increase the statute of limitations on domestic violence crimes.

"The shame is overwhelming," she said during her testimony. "And we have got to give survivors, and their abusers, the chance to get off the wheel and break the cycle. When I finally found the courage, 7 years later, to seek legal advice, I was told, as thousands of survivors before me, that it was too late, nothing could be done. So I live with the daily knowledge that my abuser is still spinning that wheel, inflicting irreparable damage on other women."

If you or someone you know has been a victim of sexual abuse, text "STRENGTH" to the Crisis Text Line at 741-741 to be connected to a certified crisis counselor.

If you or someone you know has been sexually assaulted, please contact the National Sexual Assault Hotline at 1-800-656-HOPE (4673) or go to rainn.org.