For an Oscar-contending film, the platform run — opening in perhaps five theaters in New York and Los Angeles, and slowly increasing its footprint over weeks or months — is sacred. In the last 15 years, “Argo” and “The Departed” are the only two Oscar Best Picture winners that opened in more than 25 theaters.

This year, things are different. Kenneth Branagh’s acclaimed “Belfast” became an immediate frontrunner as the winner of the 2021 Toronto International Film Festival’s often-predictive Audience Award. In the past, a platform release for the sensitive black-and-white period film would certainly follow. This year, Focus is expected to open in at least 500 theaters on November 12. Neon’s “Spencer,” starring Kristen Stewart as Princess Diana, is expected to open in about 1,500 theaters November 5 per exhibition sources.

This year, it’s almost certain that Best Picture will go to a film that opened in dozens, if not hundreds, of theaters, and perhaps even made its premium VOD premiere a few weeks later. The reasons go beyond Covid and the older audience’s slow return.

Two years ago, Neon opened Bong Joon-ho’s “Parasite” in three New York/Los Angeles theaters to a per-theater average of $131,072. That propelled the film’s success and contributed to its future as a Best Picture winner. Its leading competitor, “1917,”  opened limited over Christmas with 11 theaters in seven cities. Best Actor winner Joaquin Phoenix’s “Joker” opened in 4,374 theaters, while “Judy” with Best Actress Renee Zellweger debuted in 461. 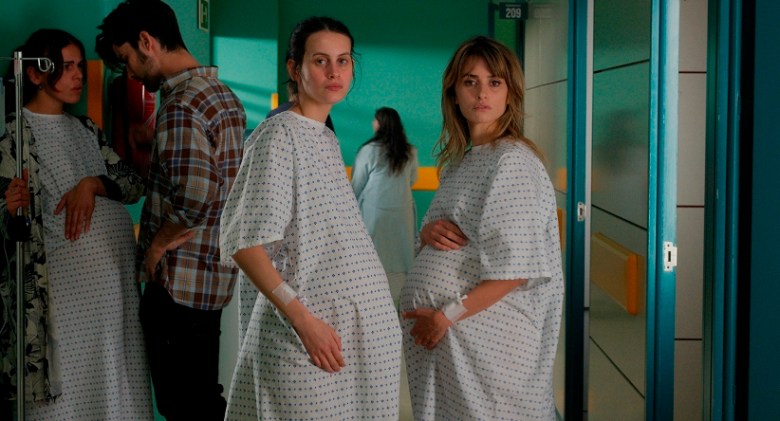 However, there are many would-be contenders that plan a limited opening in 50 or fewer theaters in multiple cities. These include Searchlight’s “The French Dispatch,” A24’s “C’mon, C’mon,” “Red Rocket,” and “The Tragedy of Macbeth,” all from A24; and IFC’s “Bergman Island,” and “Benedetta.”

A key reason so many distributors are eschewing the platform is adult audiences have yet to return full force and that reduces the odds of generating a strong PTA. Los Angeles also lacks essential locations like the Arclight Hollywood, which often represents the city’s best gross; it remains closed with no sign of reopening. On the Westside, the Landmark sits in the middle of a construction zone as Google reconfigures the building. Nearby restaurants and other retail options are closed and its grosses have fallen more than other showcase theaters.

The Oscar dates don’t help. Nominations for 2022 arrive in mid-February, with the ceremony March 25, making it impossible to compose a release pattern that maximizes staggered theater dates and home-viewing windows. In 2020, the Oscar ceremony was February 9 and nominations January 13. That allowed a film to open limited in December and expand for maximum impact a month later. This year that’s impossible, unless a distributor wants to take on the risky proposition of opening for a qualifying week in two cities and returning for a normal run.

This year, PVOD represents a wild card. Based on established patterns, Focus titles generally make their PVOD debuts after three weekends; Searchlight waits 45 days or longer and SPC also holds back. A24 gave “The Green Knight” three weeks in theaters before PVOD.

However, PVOD may provide contenders with an edge. The initial wave of awards and nominations occur right after Thanksgiving. Films that have been released for at least three weeks by early December could benefit from home availability, much as  Best Original Screenplay winner “Promising Young Woman” did last year.

Netflix, Amazon, and Apple all have their own contenders, and their own priorities. The public perception of home viewing continues to evolve rapidly; the perceived disadvantage that has dogged streamers in the past may be dissolving as studios meet them on their own turf.

This year’s model may not be the new one. If the Arclight reopens, The Landmark recovers, and older audiences return, the pendulum might swing next year. It would take only one platform success for other directors to argue for the Christopher Nolan treatment.