“Fox paid so much that the network didn’t have to apologize” for pushing conspiracy theories about Rich’s death, says New York Times 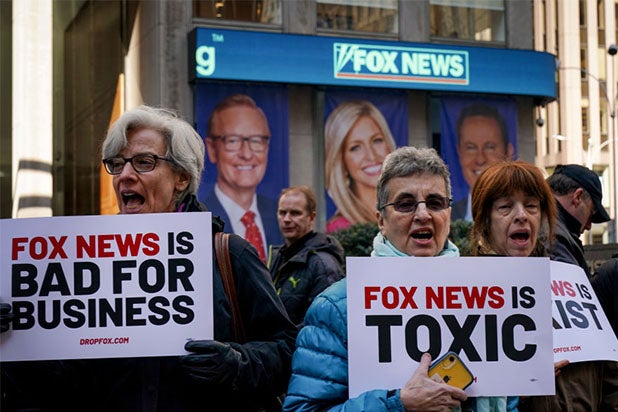 Fox News’ settlement with the parents of murdered DNC staffer Seth Rich reportedly came with one very unique provision: The deal had to stay secret until after the presidential election.

According to New York Times columnist Ben Smith, Fox News agreed to pay the multimillion-dollar settlement to Rich’s family only if the cable news network wouldn’t be required to apologize for lying about Rich’s murder, and only if the deal was not disclosed until after the Nov. 3 election.

The lawsuit from Joel and Mary Rich came after Fox News propelled the conspiracy theory that Seth Rich –a 27-year-old DNC employee who was murdered in July 2016 — was assassinated after he sent internal DNC emails to Wikileaks. The baseless theory was then pushed by right-wing activists and pro-Trump supporters as a means to help exonerate Russia from its meddling in the 2016 presidential election.

“Fox’s decision to settle with the Rich family came just before its marquee hosts, Lou Dobbs and Sean Hannity, were set to be questioned under oath in the case, a potentially embarrassing moment. And Fox paid so much that the network didn’t have to apologize for the May 2017 story on FoxNews.com,” Smith wrote in his Sunday night column.

“But there was one curious provision that Fox insisted on: The settlement had to be kept secret for a month — until after the Nov. 3 election. The exhausted plaintiffs agreed,” Smith added.

Joel and Mary Rich’s settlement with Fox News was publicly disclosed on Nov. 24, 2020, but with no details about the terms. Yahoo News reported that the deal included a seven-figure payment.

“Why did Fox care about keeping the Rich settlement secret for the final month of the Trump re-election campaign?” Smith wrote. “Why was it important to the company, which calls itself a news organization, that one of the biggest lies of the Trump era remain unresolved for that period? Was Fox afraid that admitting it was wrong would incite the president’s wrath? Did network executives fear backlash from their increasingly radicalized audience, which has been gravitating to other conservative outlets?”

Both Fox News and their lawyer Joe Terry declined to answer those questions for the Times, Smith said. When reached for comment by TheWrap, Fox News also declined to comment.