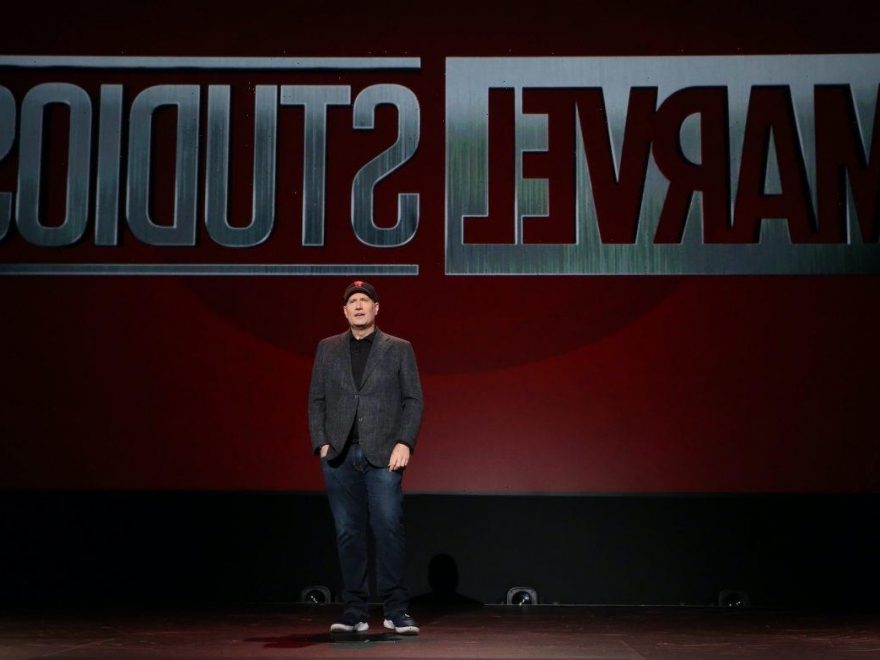 When fans talk about their favorite franchises, they usually talk about the actors and occasionally the directors. It’s rare that they talk about the producers. But Marvel Studios, as usual, is the exception that proves the rule thanks to Kevin Feige.

Simply put, Feige is the man in charge there. He may not be recognized on the street like Robert Downey Jr. or Scarlett Johansson, but plenty of people know his name, and they would like to see more of him – so much so they joked about him being the “power broker” on The Falcon and the Winter Soldier.

What did Kevin Feige do before ‘Iron Man?’

Feige’s official title is the president of Marvel Studios, which few would argue is Hollywood’s biggest franchise. As producer or executive producer, he has steered a series of movies and television shows that have not only made many billions of dollars, but have been acclaimed as consistently good to great. Case in point: Black Panther is still the only superhero film to receive a Best Picture Oscar nomination.

However, he was involved with superheroes long before he got Iron Man off the ground in 2008. According to CNBC, he got his start in the movies working as an assistant for Richard Donner, the director of the 1978 Superman, and his wife, Lauren Shuler Donner. At first, the job wasn’t so glamorous, with Feige washing cars and running other errands, but at the time, “I thought I’d made it,” he said. “I thought I had reached the pinnacle of success in Hollywood.”

The Donners worked on the first X-Men movie that arguably got the superhero ball rolling 21 years ago, and Feige was an associate producer on that movie. He began working for Marvel Comics, having a hand in films like the 2003 Daredevil. He climbed the ladder to the point where Marvel gave him the keys to the kingdom, and the rest is cinematic universe history.

Should Kevin Feige go before the cameras?

While Feige will probably never be as famous as one of his major stars, he has still become a fixture at comic conventions and other media events with his trademark baseball cap. His name fills Internet forums like this one on Reddit, which suggested he should explore an avenue he hasn’t tried: acting.

The Falcon and the Winter Soldier featured a mysterious villain called “the power broker.” Feige is nothing if not a power broker, so fans thought  it would be funny if Feige filled that role. After all, another Marvel impresario made a cottage industry out of his many cameos.

“It would be cool if Feige replace Stan Lee as a cameo in marvel movie,” one fan said. Another added, “I’m sure some people would be opposed to that but I’d be down with it. Man’s put in some serious work making Marvel the powerhouse it is today.” And a third person said, “I know right? Since Stan Lee has passed, someone else should take up his mantle as the ultimate cameo man.”

‘Falcon and the Winter Soldier’: Kevin Feige is not that Power Broker

The Falcon and the Winter Soldier just wrapped up its run, and Feige turned out not to be the Power Broker. Instead – spoiler alert – that turned out to be Sharon Carter, who turned against the United States after being a fugitive for several years. This was a development that did not sit well with reviewers for Deadline or Rolling Stone.

Deadline complained that “Frankly, it doesn’t make any sense that Sharon would be the Power Broker,” and Rolling Stone wrote, “being the only choice doesn’t make it feel like an earned twist. Sharon is a minor figure in the second and third Captain America films, and presented as unflinching in her heroism.”

Perhaps it would have been better if Feige had been the Power Broker after all.