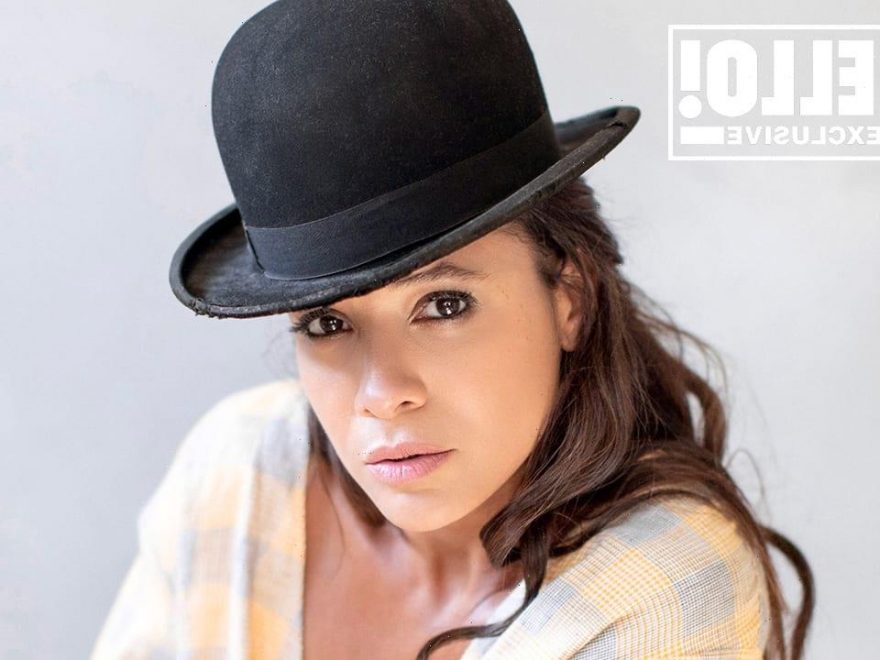 Six years on, Nikki has joined the special unit to help other people find their loved ones, even as she continues searching for her own son, and her marriage to Jason is over. But as viewers saw in the opening episode, her son soon returns, leading to more questions than answers.

As Nikki and Jason, Dania and Scott light up the screen, with serious chemistry built after years of knowing each other.

“It’s almost like he’s the yin to my yang, that’s amazing,” Dania told HELLO! for our 2023 TV and film issue. It’s been a collaborative process between the pair and showrunner John Eisendrarth, and speaking from her trailer during an intense day of shooting, Dania reveals how the pair have been making “something magical” and why Alert: Missing Persons Unit is different to the other procedurals on network TV.

Tell me about being cast, and how did the script come to you?

It was all very serendipitous. I had been taking a break and spending time with family, but my manager sent me the script and said, ‘This is different than what you’ve done and I think it’s right up your alley. It is a different kind of procedural.’

But I needed to find out what was interesting about it, what was going to make it special because there’s so many procedurals, and the biggest thing that attracted me to the script was it was very character driven. It’s not about what these people do for a living, it’s about who they are, what drives them, what motivates them.

I loved the idea of playing this character because she had such a good heart but is also very flawed. It’s not just about her solving these cases and caring about getting missing people back with their family but it really was touching a personal chord within her and her own personal life because of what’s happening with her and her ex husband, and their missing son.

Does being a mother in real life help you get into character, or is that something you try to keep separate with a character like this?

Being a mother helps me in life, period. Everything sort of changes and shifts; the focus is no longer on you so being able to to have that experience and tap into those raw emotions that occur for me as a mother, being separated from my kids when I have to leave and go to work, or not being able not being able to reach them when you want to reach them, has been very helpful.

I’m able to dig into that part of me and bringing that has given me an authentic take on the character. Being a mom also bought me a different, nurturing aspect to being a boss. I have to manage that dynamic in my own home and so it was something I was able to bring into Nikki and how she deals with her team.

She cares about them individually, but when she has to get down to work, she’s really good at delegating.

Exclusive: Iwan Rheon on how Light in the Hall’s Joe is a different kind of villain

Exclusive: New Girl’s Hannah Simone on why new series Not Dead Yet is breaking more boundaries

Scott Caan plays your ex-husband Jason, how did you two bond? Can you talk about the unusual dynamic of the characters and what we can expect to see change throughout the first season?

We never had a chemistry read. We were friendly before because he was on Entourage in the same season that I did Entourage but funnily enough, he knew my husband better as they played baseball together back in the day.

This particular job is a very difficult job; there’s a lot of dialogue, there’s a lot of long hours, and we’re all working away from home. Scott was coming into this about to become a new dad and it was a very vulnerable time and my husband happened to be here so we were really there for him, and Scott and I could really create this relationship.

I think that’s what we found also within these two people, Nikki and Jason, that they can be there for one another and be each other’s rock – and I think that’s why it’s worked out so well. We’re very passionate people and we really care about the work and we want to do the best job that we can, but we also know how to have a good time.

It’s almost like he’s the yin to my yang, that’s amazing.

How much input have you and Scott had in deciding where the line is for these two?

When the season opened, Nikki and Jason had been living separate lives but we’re bonded through this trauma and that can drive anyone apart but it didn’t drive away the love that we feel for one another. I think there is a sexual tension between Jason and Nikki – definitely from his end, I would say! – and he hasn’t signed the divorce papers.

These two people still have a daughter that they co-parent and they’re great parents, and that’s something that they both admire in each other. Nikki also has a new guy that brings some of this to the surface and you’ll see how that plays out throughout the season and how complicated Nikki’s world gets as new developments begin picking at that wound; when two people share that much pain and love there’s always going to be a level of comfort that they can only find in each other.

But it’s been a collaborative process, and the writers have given us this open road to see where we take it or how we feel, because words are the words but then I have my interpretation and Scott has his own interpretation. In a scene, I have my own intentions that I don’t necessarily share and he doesn’t share with me, and there have been moments that have surprised both of us where something wasn’t necessarily written a certain way, but by the time we shot it and and we were in the moment, something magical happened.

Can you talk about the unusual dynamic of the characters and what we can expect to see change throughout the first season?

I think that’s a really cool thing about the show that we do solve cases every single week and then one case that’s unsolved that drags out throughout the whole season is our personal case about our son.

The show is also great because we are also there for each other, we have this family that we’ve created within the Missing Persons Unit and with all those different people we look at every case with a different eye because it’s not just about facts – there is also how much faith you have, or if you will bend the rule book a little bit to get people back as every second counts.

In the first episode viewers are introduced to Kemi’s spiritual rituals and a prayer ritual. Can you talk about the importance of including this in the series, and if there was any pushback?

We’re living in a very sensitive environment nowadays and what’s interesting about the show is that there’s all kinds of people and if we want to be accepting of everyone then we have to include everyone. I think that the writers do that really beautifully. There’s always room for a little bit of faith.

Scott said this show was the most challenging thing he had done, do you agree and how is this different to other things you’ve done in your career?

It’s different in many ways than anything I’ve ever done because I’m able to really show so many dramatic aspects – of being in charge, of being a mother, being a woman and being a friend – but then also allow myself to be light and funny and comfortable.

So that’s something that for me was challenging because it’s always been either/or for me; I’m either in a drama or I’m either in a comedy and this one feels very grounded.

You said you approached filming of Netflix’s Sweet Tooth in a way you hadn’t ever before through meditation – how did you approach Alert?

Meditation is a part of my life at this point. Now, it’s just about love – how do I start the day with love? I try to strive to go at everything from a place of love.

For Nikki, that’s the one thing that I wanted to make sure was consistent because she’s living in a way more fast paced world than Amy Eden was in Sweet Tooth.

Amy already has this peaceful environment, but Nikki’s environment is very much at a higher pace with a lot going on, and this particular job for me is also very much like that – long hours and we’re freezing cold in Montreal so it takes a lot of effort and strength to really keep a positive mindset and attitude every day, so I start with meditation and then I get through it with love.