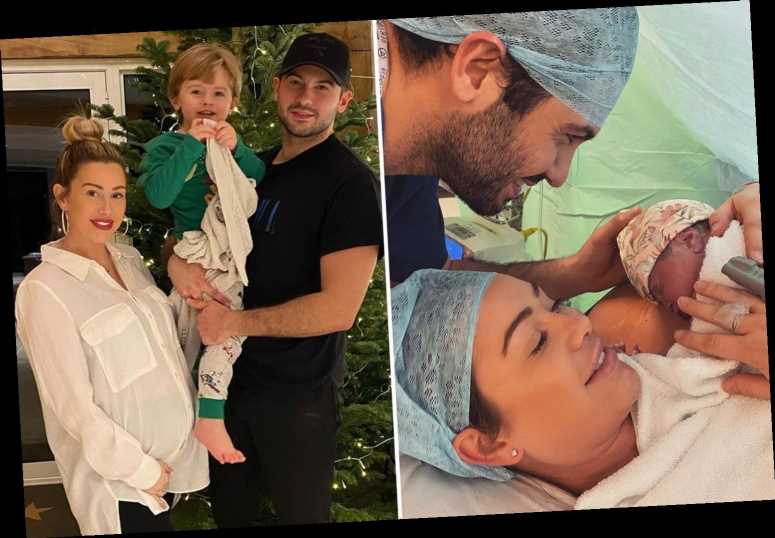 EX On The Beach star Harriette Harper has welcomed her second child saying she's on "cloud 9".

The reality star gave fans a first glimpse of her adorable baby girl and said that the whole experience had been "magical". 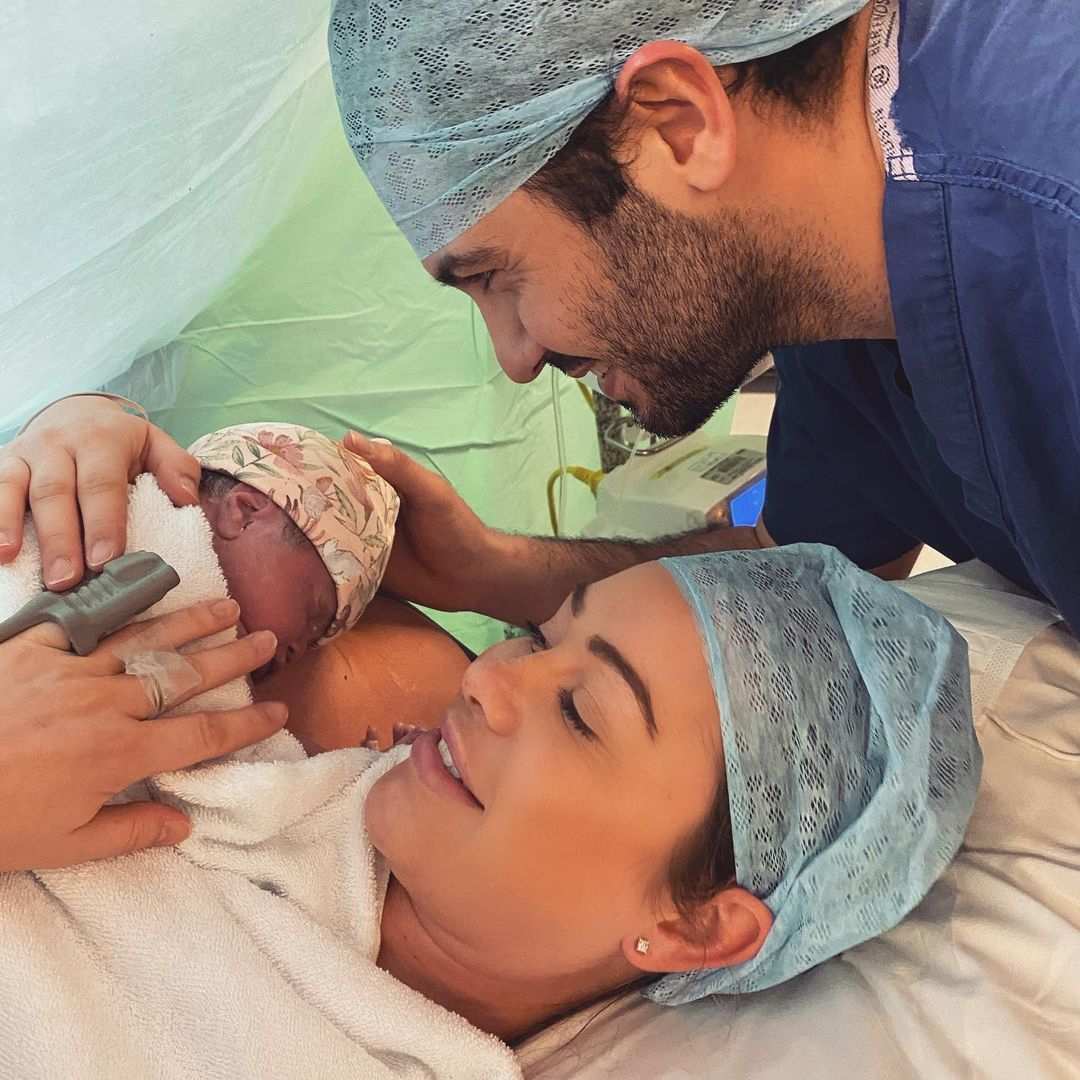 The reality star announced in September that she was expecting her second child with her boyfriend Taser Hassan.

Harriet shared a sweet photo of her holding her newborn close to her chest, while Taser starred lovingly at his daughter.

Writing alongside heartwarming snap: "Hello world 👋🏼👼🏼 Our beautiful baby girl decided she wanted to make her grand entrance to the world last night on international women’s day of all days.

"Between cooking sausage and mash for the family and bathing Hudson I was in early stages of labour but was determined it was just bad heartburn 😂." 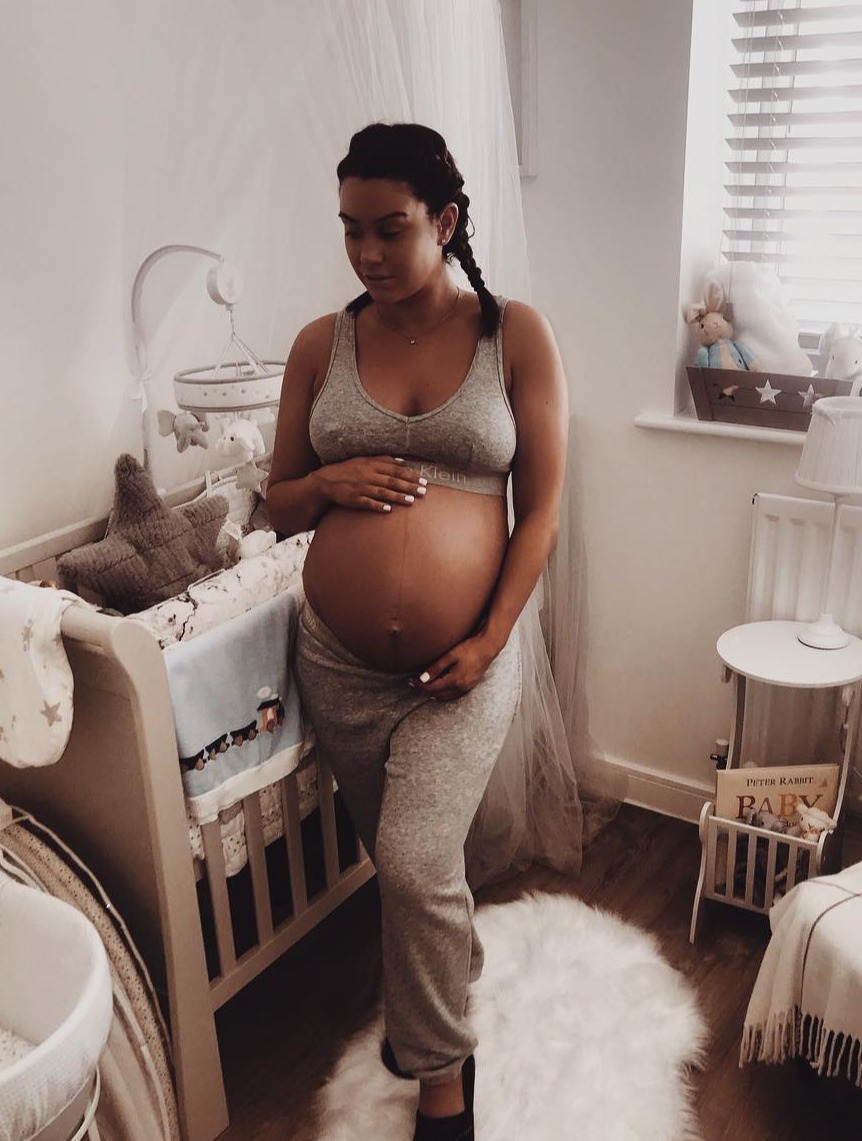 The TV star then praised her partner for his support and said she was overwhelmed with love for her new baby.

She continued: "Taser you was the most amazing birthing partner (again) The whole experience was magical and the result is so perfect.

"To my daughter you have completed us and made our hearts double in size I’m so proud to be your mummy and so excited for you to met your big brother.

"Sorry if quite over here for the next few days but we are just soaking up every second on cloud 9 ☁️ 💕🐻." 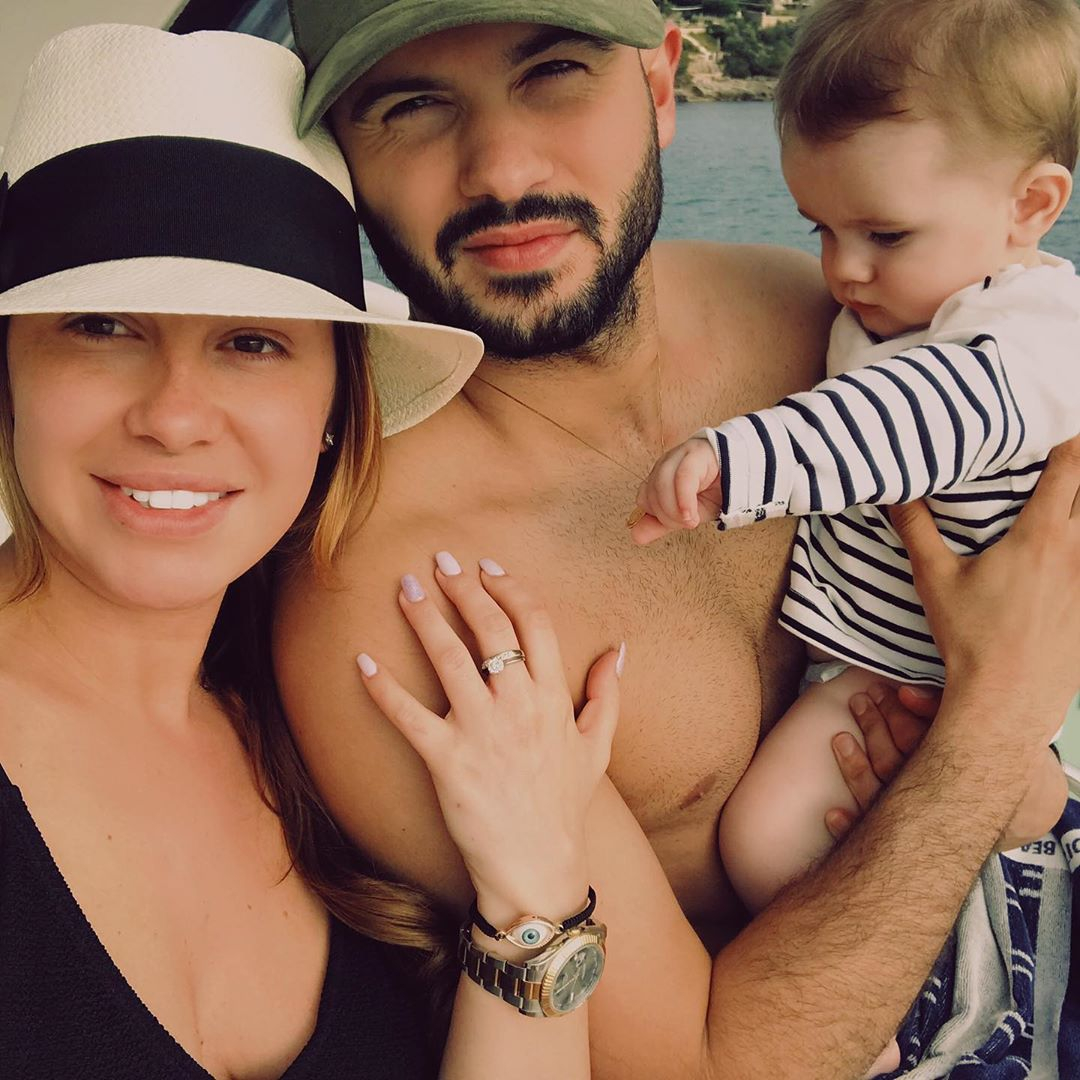 A number of fans raced to congratulate the pair on the joyous news, with one writing: "See is so cute, so happy for you both."

A third added: "Yay! Congrats, what a wonderful day for her to pick."

The couple already share a son called Hudson Harley, who was born in 2018 after a "barbaric" 20 hour birth. 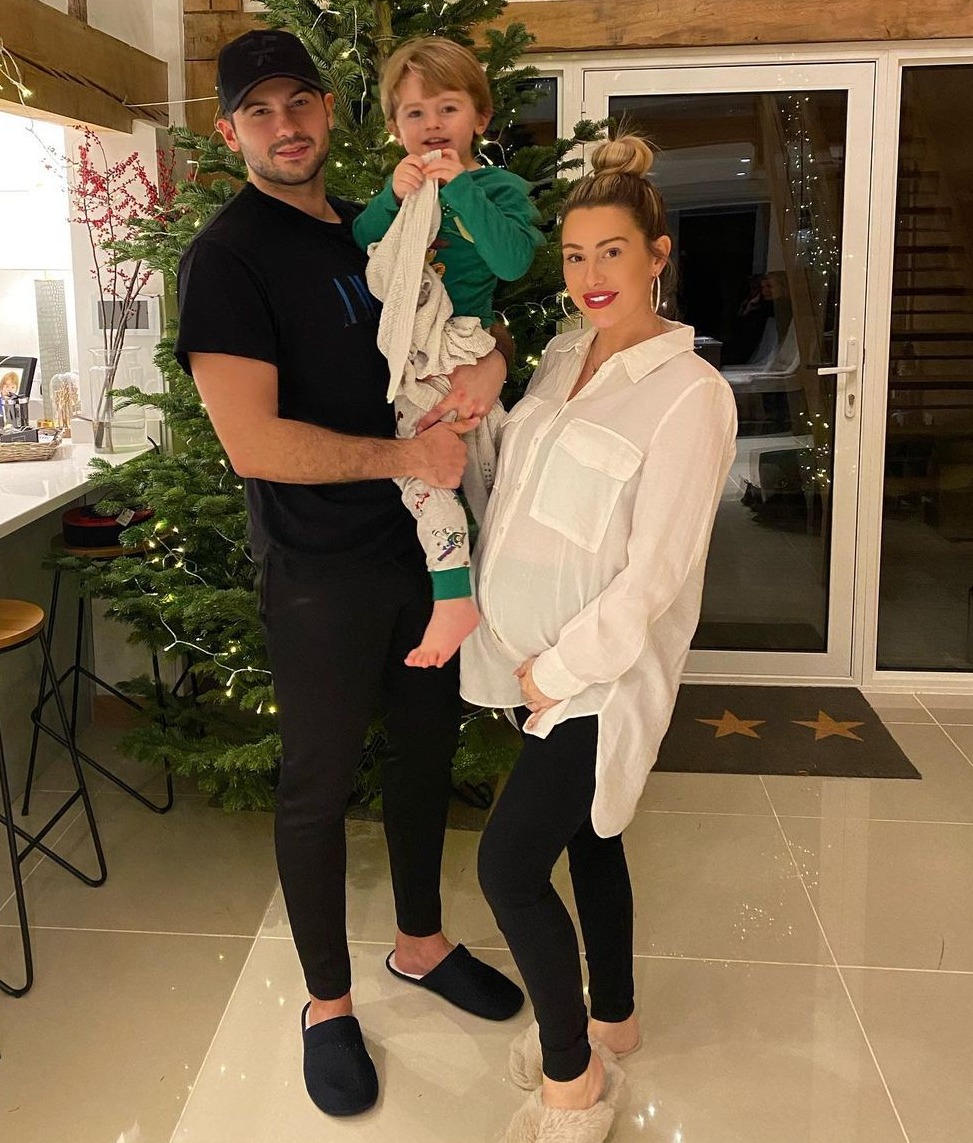 At the time Harriet wrote: "Well after 20 hours of the most barbaric labour without dilating I was rushed in for an emergency C-section.

"I'm exhausted and extremely tired but my heart is so full. Our world has been completed!

"T&I have no words we are so in love with him how did we make something so perfect?" 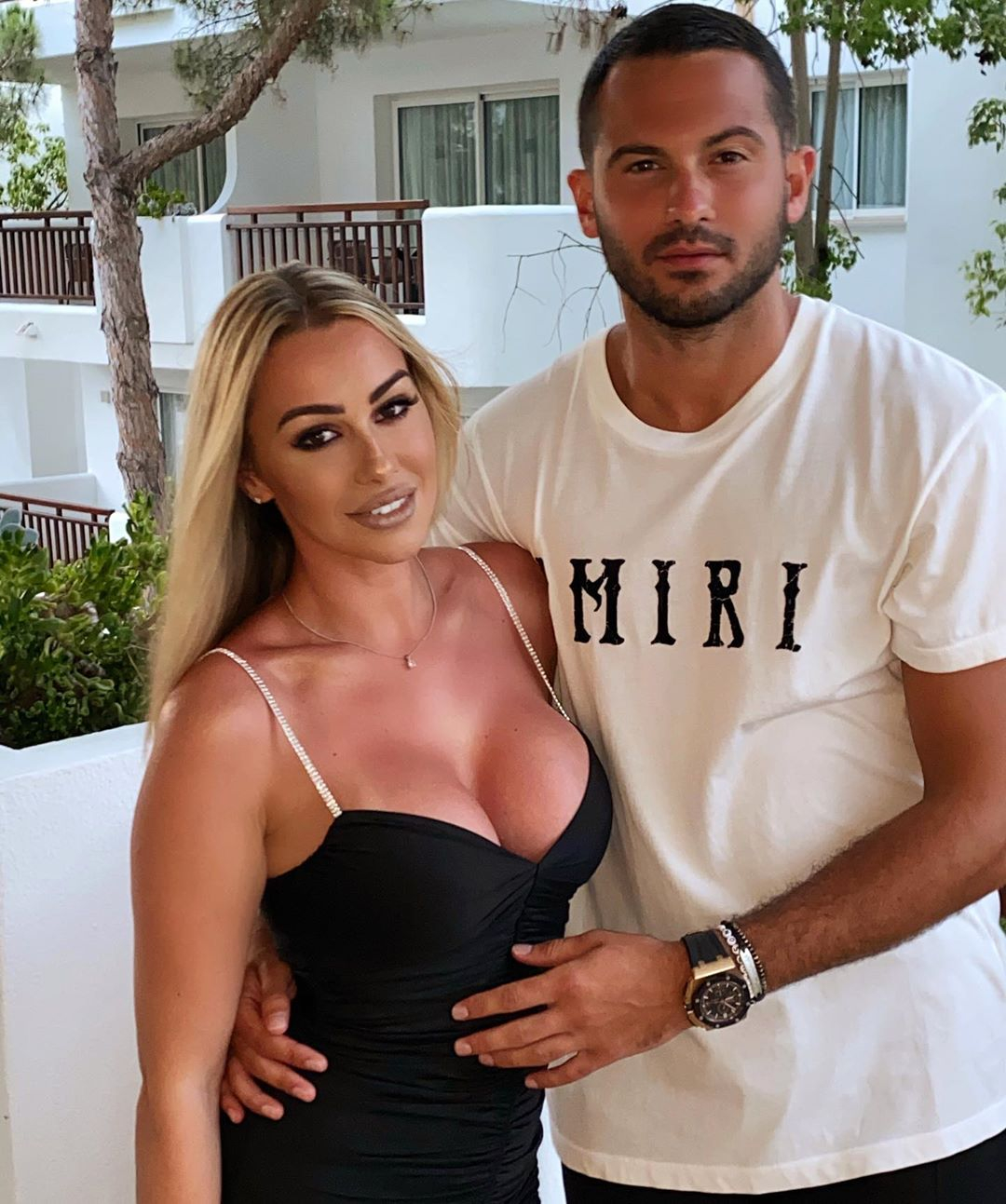 There were rumours of a proposal after she uploaded a photo of a huge rock on her ring finger, but the pair confirmed their split in 2017.

Harriet them moved onto new man Taser after she shared a snap of the pair kissing.

She captioned the shot: "You was right there all along! Some forces are too strong to fight or to put on hold!

"You have been such a beautiful unexpected gift to my life and you was under my nose this whole time ❤️ welcome to my nutty world."