When editor Paul Rogers was first pitched “Everything Everywhere All at Once” by Daniels, he had no idea that he would be treated to a wild performance by the directing duo Dan Kwan and Daniel Scheinert. And yet, from their energetic and funny acting out of the entire multiverse sci-fi adventure in their garage office, Rogers immediately understood and appreciated the method to their madness. Cracking the editorial code subsequently became a lot easier.

“I got very emotional just watching it,” said Rogers, who previously edited Scheinert’s solo movie, “The Death of Dick Long.” “I think a big part of why that made such an impact on me, I could see and feel their passion for the story, and how excited and passionate they were, laughing and cracking each other up. Having that weight when they performed the emotional scenes really sold me on the fact that they were going to be thoughtful and make a special movie.”

At the heart of Daniels’ maximalist kung-fu epic (inspired by a double feature screening of “The Matrix” and “Fight Club” at Quentin Tarantino’s New Beverly theater) is a multi-generational family drama. It’s about finding the emotional connection between a stressed out mother (Michelle Yeoh’s laundromat owner, Evelyn) and her joyless daughter (Stephanie Hsu’s Joy).

“I think that early performance, or pitch, helped me because it was obvious that that family story of a parent and a child was the most important part of what they were doing,” Rogers continued. “So that carried over into the edit, where I just knew that this was the central thing I needed to focus on, and all the other stuff, the bombastic editing, the crazy aesthetic choices, that was only to be layered onto this central arc. Dan and Daniel are adept editors and the three of us would come up with ideas and timeline them and then I’d take over.” 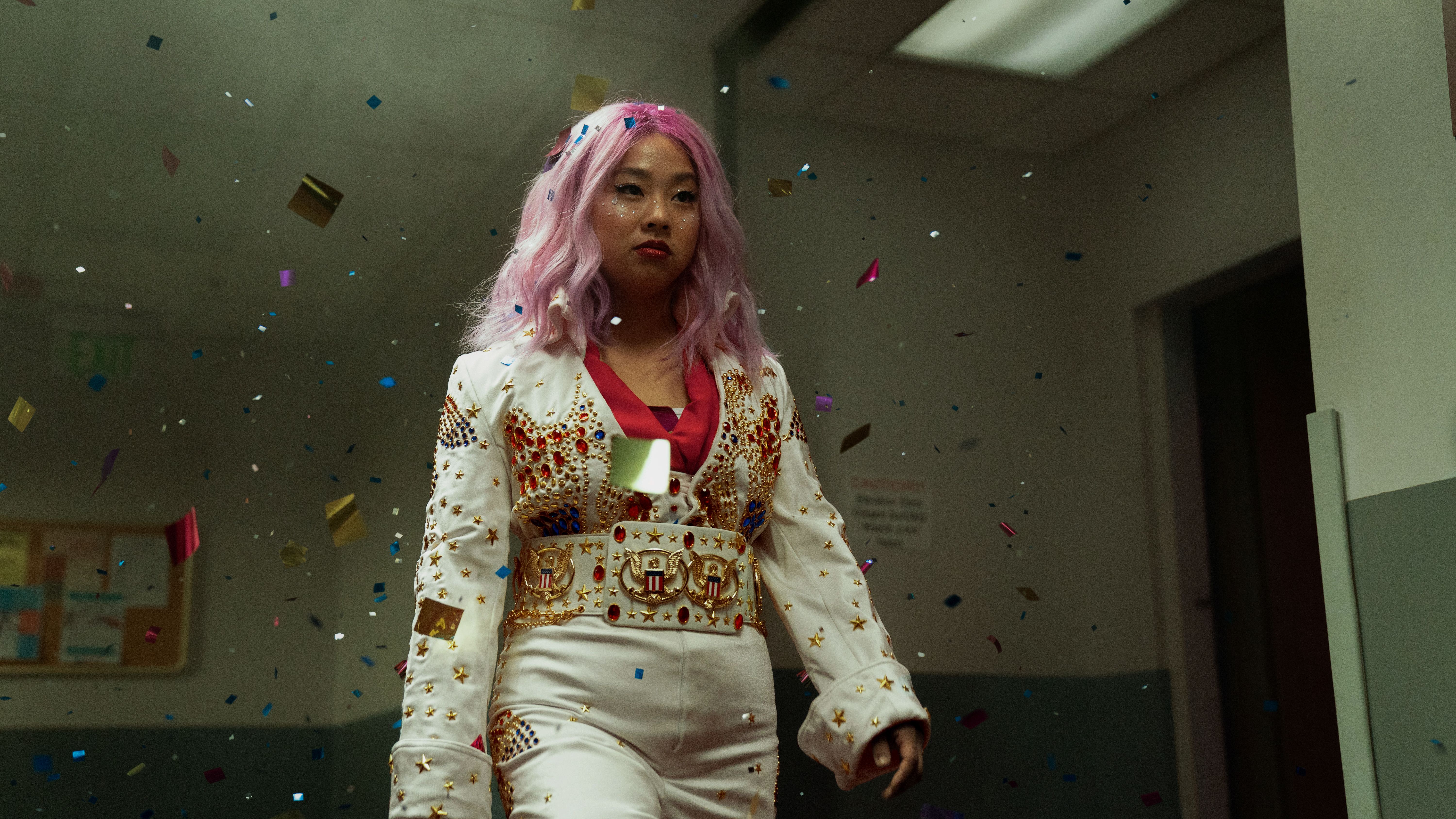 It was mostly about emphasizing the family strife and making the performances land better. “We wanted them grounded in the Evelyn and Joy story, above all else,” Rogers added.

Where the free form and experimentation came in was during the jumping between exotic and mundane universes (shot in a Simi Valley warehouse), where Evelyn quickly taps into her martial arts super power to combat a nihilistic nemesis Jobu Tupaki (Hsu). From the bizarre hot dog fingers worn by Evelyn and Jamie Lee Curtis’ goofy IRS agent, Deirdre, to the outrageous butt plug martial arts fight, to the hilarious “Raccoonouille” episode, with a raccoon hiding underneath a chef’s hat (voiced by Randy Newman), there were plenty of slapstick situations to unpack.

“A classic thing the Daniels like to do is plant a little seed of a joke that you think is a throwaway, but as that joke is being thrown away, they catch it in mid air, open it up, and then explore it, and it becomes a whole thing with an emotional arc,” Rogers said. 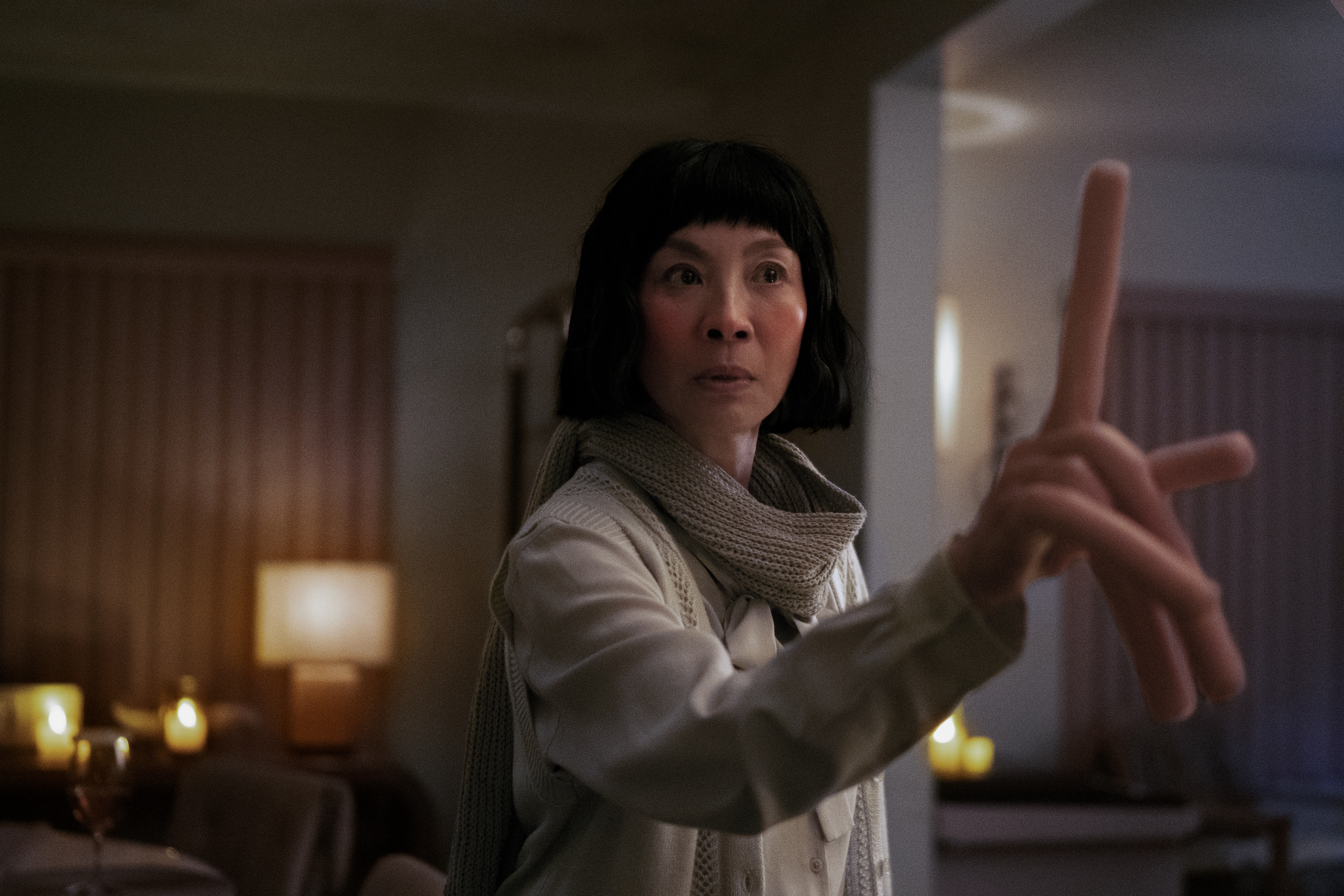 That’s not to suggest that there weren’t dramatic tweaks. For instance, Daniels did a last-minute pickup shot of Joy driving away from the laundromat in tears. “That was important to help us empathize and see the impact it’s having on Joy,” Rogers said. “Up until that moment she didn’t break.”

For Rogers, though, the most fun was cutting the martial arts sequences. Each had its own influence and vibe (“The Matrix,” Jackie Chan movies, “Crouching Tiger, Hidden Dragon,” “Fist of Legend”), and it helped that he was a fan of the genre. “One of the first things I cut was that fanny pack scene,” added Rogers. “I just wanted to do the kind of action scene that I love and I wish there were more of in American films. So a lot of care and thought was put into those.”

After Rogers cut all the action sequences, he brought in his editing partner, fellow martial arts movie devotee Luke Lynch, to plus the work. “We gave him all the raw footage to do whatever he wanted, and he cut them blind,” he said. “What that gave us was a sandbox of completely new ideas. There’s more humor in the interaction, and we would lean into this slapstick more in between the drummer IT guy fight and the butt plug fight.”

However, there a couple of notable deletions from “Everything,” which could very well wind up on A24’s home entertainment release: an emotional breakdown for Deidre when she’s browbeaten by Jobu and Evelyn, and a universe titled “Spaghetti Baby Noodle Boy.” “The Deidre scene is great on its own and Jamie’s performance is insanely compelling, but it just wasn’t the right spot in the movie for that to happen,” Rogers said. “It comes right when Jobu reveals herself in the hallway, coming out with a pig and wearing that Elvis costume. Evelyn just needed to be overwhelmed at that point and not making fun of Deidre. We used a lot of the same shots and rotoscoped Jamie out of the scene.”

Meanwhile, “Spaghetti Baby Noodle Boy” took Evelyn on a journey where she’s in a pot of spaghetti beside her child: a little macaroni (voiced by Jenny Slate, who portrays Big Nose). He wants to know why they were born with a hole and none of the other pastas have a hole. The scene was shot with sock puppets, but it didn’t play well with test audiences, who merely found it weird. “It was sprinkled throughout and became a tragedy, and then Evelyn, when she makes her turn in the end, decides to help her noodle boy,” said Rogers. “It was a big triumphant moment, but it didn’t land and we completely excised that.”