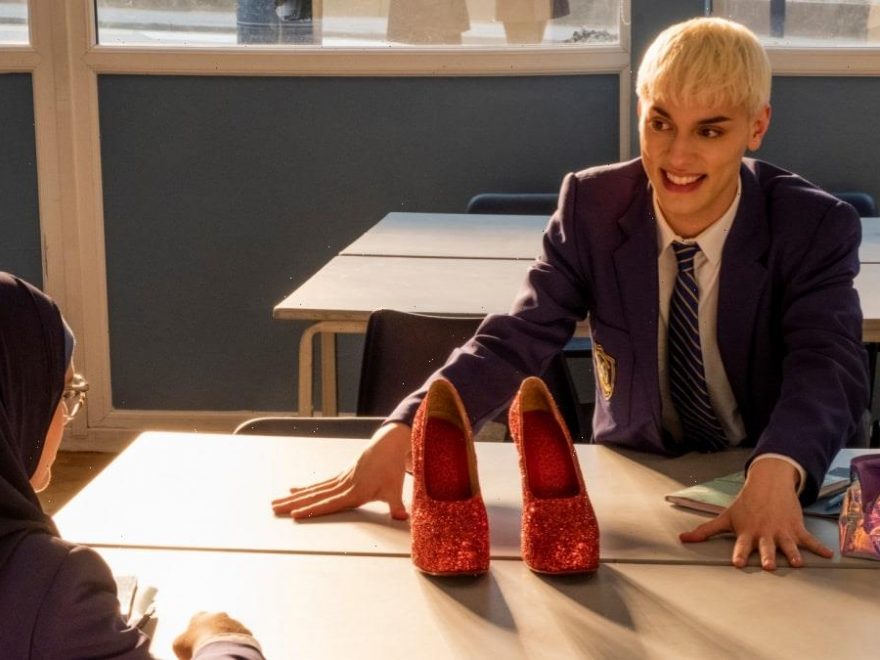 Outfest Los Angeles 2021: A star is born with Max Harwood’s absolutely fabulous yet throughly heartfelt turn as the unapologetic Jamie 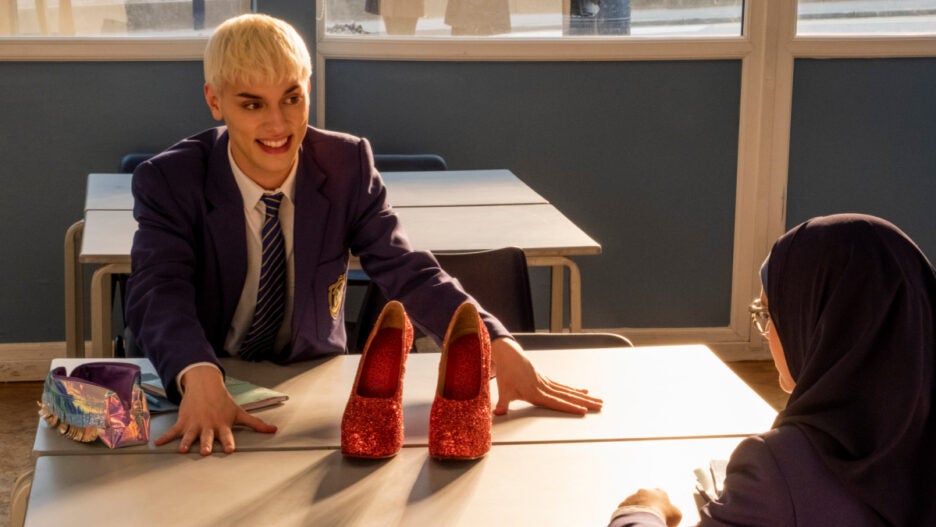 If you were among those left with a sour aftertaste following last year’s “The Prom,” a star-studded treacle about clueless adults helping small-town lesbian teens, then “Everybody’s Talking About Jamie” may come as a welcome palate cleanser. The high-spirited “be yourself” celebration, adapted from the British stage musical, is similarly saccharine, but the sweetener in this one has a notably less artificial flavor.

A delightful if predictable display of unabashed queer joy, the film brings back director Jonathan Butterell, who developed the theater version with musician Dan Gillespie Sells and writer Tom MacRae (also the screenwriter). That original production was in turn based on the subjects from the documentary “Jamie: Drag Queen at 16.”

Forgoing the actors who previously played the lead role of Jamie New on stage, the filmmaking team cast newcomer Max Harwood as the glamorously flamboyant 16-year-old. Wholeheartedly supported by his mother, Margaret (Sarah Lancashire, “Yesterday”), Jamie is openly gay, so his coming-out entails sharing his career goal to become a drag queen who ravages the stage, leaving spectators breathless in the wake of striking lip-synch and dramatic talents. 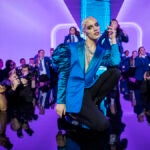 But the sleepy English town of Sheffield, where the working-class adults and most of Jamie’s young male classmates still fear sexual diversity, probably won’t be the next stop on “RuPaul’s Drag Race’s” global expansion. Still, once slipped on, the glittery red shoes Jamie gets from mom as a birthday gift do for him what they did for Dorothy, setting him on the path to discover an alternate realty of gowns, big wigs and larger-than-life personalities.

Giving a lesson on how to become a star in a single try, Harwood — in his first role ever, in a movie or otherwise — commands attention from the initial defiant lines of the cheeky opening number, “And You Don’t Even Know It.” He juggles the fierce boldness the character puts on when performing and the tenderhearted predicament of a boy who yearns for his father’s acceptance. With a jolly sassiness in nearly every scene, Harwood makes it impossible not to smile at the character’s infectious ebullience.

Conceived in sets that resemble a school cafeteria or classroom, Butterell’s musical numbers are decidedly economical in scale but find modest grandeur. His vision is executed with a precise, small group of dancers and a lot of embellishments achieved with intentional lighting, bright costumes, and auspicious transitions into more fantastical terrain. (The janitorial staff turns into fashionable backup singers, and a hallway becomes a runway.)

Dazzling disco balls and dynamic camera interaction with the choreographed set pieces courtesy of cinematographer Christopher Ross (“Cats”) match the energy that Harwood and the supporting players bring into those vivacious moments. Rather than being imposing in their craftsmanship — as, say, some sequences in the recent “In the Heights” — they’re appropriately contained. The intent seems to suffuse a bit of sparkle into the mundane settings, without making them completely unrecognizable.

The upbeat songs often give way to the more poignant tracks that have Hardwood, Lancashire or newcomer Lauren Patel (as Jamie’s Pakistani-British Muslim best friend, who’s destined to be a doctor) belting out their innermost affirmations on unconditional affection. Some of these slower interludes of emotions tend to drag (pun intended) — for example, “He’s My Boy,” which at least enables the women in Jamie’s life a moment of self-expression, even if always in relation to him.

Crucial for the early stages of Jamie’s transformation is Hugo, aka Loco Chanelle, marvelously portrayed by the always lovely Richard E. Grant. An aging goddess of the night, he serves as historian of the community. Using the cinematic medium’s ability to play with time and space, a uniquely envisioned montage depicted as a VHS tape captures the revolutionary stance of drag queens as well as queer people in general during the AIDS crisis. Hugo’s mentorship doesn’t stop at beauty tricks, erecting a bridge between those who strenuously paved the way and the LGBTQ+ youth who have benefited tremendously from more mainstream acceptance. 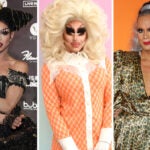 After Jamie debuts in front of an audience and fights to attend prom as his drag alter ego, the movie’s true dilemma surfaces, pushing the themes ever so slightly away from the simplistic. While he believes he can only reap the empowerment of self-confidence under the makeup and dashing outfits, the challenge lies in reconciling those two parts of his self-image. That Jamie is also seen partaking in the less glamorous aspects of being a teenager living at home — taking out the garbage, having part-time jobs and hosting an under-attended birthday party — creates a well-rounded portrait. Not every second of his onscreen presence flashes bombastic panache.

Several antagonists try to stump his march into the spotlight, with a couple of them representing the weakest links in the ensemble: a hyper-masculine bully who’s granted far too much grace to appease his nondescript traumas of impeding failure and a bitter teacher who prides herself on killing her pupils’ ambitions. Ralph Ineson (recently seen under a lot of prosthetics in “The Green Knight”) has a small but crucial role as Jamie’s homophobic father; his unwillingness to partake in his child’s life feels believably irredeemable.

True to formula, the neatly wrapped ending is telegraphed from continents away. But even under those rules, Harwood’s already rarefied quality and Butterell’s adept choices in his film directorial debut — his familiarity with material yields a positive transfiguration from stage to screen — color “Everybody’s Talking About Jamie,” a high-heeled and glossy romp that’s radical in its loving optimism.

“Everybody’s Talking About Jamie” will be released globally on Amazon Prime Video on September 17.