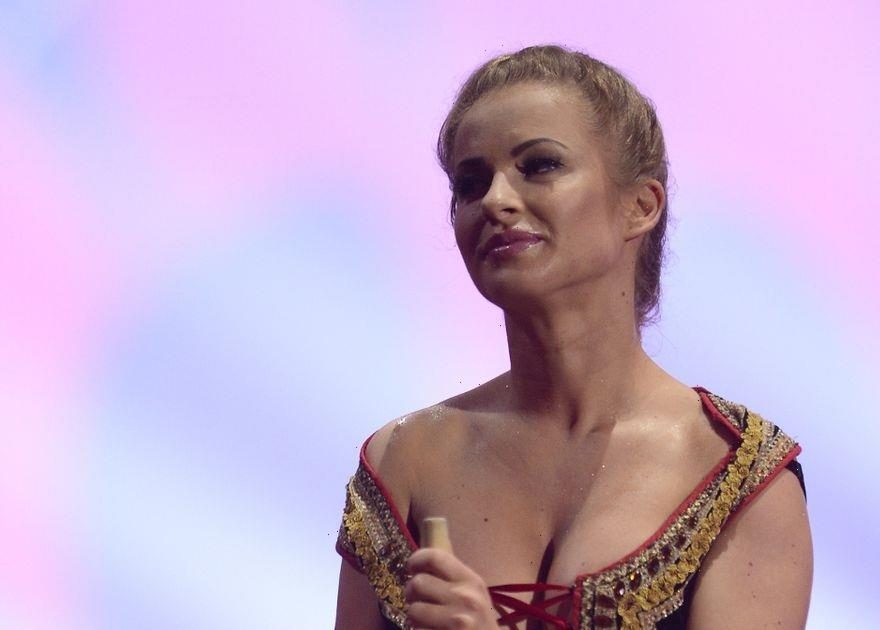 The Eurovision Song Contest has a reputation for being the glitziest night in television, with sequinned costumes, cheesy ballads and fireworks galore.

Despite being an enormous production fuelled by millions of pounds, the song contest doesn’t always go without a hitch, and its 65-year history has been marred by hiccups.

Scandals have rocked the contest over the past six decades, drawing complaints from viewers and occasionally anger from the performers themselves.

From controversial kisses to mooning on stage, Daily Star has rounded up the Eurovision’s biggest scandals ahead of this year’s contest.

Below are the juiciest scandals to hit the show – so far.

Bucks Fizz’s 1981 performance was a clever marriage of choreography and styling, which saw the pop group rip off their skirts on stage.

Just as they crooned the line “If you wanna see some more…” Cheryl Baker and Jay Aston had their long skirts tugged by their bandmates, revealing their costumes beneath.

Choreographer Chrissy Wickham invented the routine, with the idea coming to her when they couldn’t decide on a skirt length for the performance.

The moment captivated the nation, sending shock ripples through the crowd – and still has the power to amaze today.

In an interview with Daily Mail, Wickham said: “I was at a primary school talking about Eurovision recently and they showed the film of us doing the song and all the children gasped when the skirts came off.”

Eurovision fans saw a little more than they bargained for back in 2017 when a streaker lowered his pants during a performance.

At the contest, which was broadcast from Kiev, the known Ukrainian prankster Vitalii Sediuk interrupted a performance when he ran onstage.

He was covered in the Australian flag, and dropped his pants before the live audience, leaving his bare behind on show.

Security quickly removed him from Kiev's International Exhibition Centre and he was escorted out, but not before he caused a stir with the audience.

Reacting to the incident, the Aussie entrant of that year, Isaiah Firebrace, told Fairfax Media: ”It was so shocking, I think I was honestly shocked … and a bit embarrassed as well.

”But I am glad he wasn't Australian. That was obviously out of anyone's control."

Poland’s dairy industry was front and centre in one 2014 performance, which saw two milkmaids churning milk before the cameras.

Their costumes, which featured plunging bodices, and the churning motion of their choreography, got tongues wagging, drawing in criticism.

Pop duo Donatan and Cleo belted out their rendition of My Slowianie – We Are Slavic, finished in 14th place in the competition.

While they didn’t win, the performance proved a scandalous one, receiving a number of complaints from viewers, who felt the content was too mature for a family show.

The controversy of 1957’s Eurovision Song Contest proves just how much times have changed, as one tender kiss sparked a backlash.

Denmark’s entrants carried out their performance before locking lips in a passionate kiss at the end of their act.

Birthe Wilke and Gustav Winckler sang "Skibet Skal Sejle I Nat" ("The Ship Is Leaving Tonight") before embracing before the cameras.

The kiss lasted 13 seconds and sparked an outcry from some countries, who deemed it indecent content for TV.

Birthe, one half of the duo, has since spoken out on the heated snog, appearing to defend the historic moment on TV.

Spanish act Daniel Diges was shaken during his 2004 performance when a prankster appeared on the stage, before getting escorted away by security.

In the competition, which was hosted in Istanbul, Turkey, the Spanish prankster Jimmy Jump appeared on stage mid-act and starting leaping around.

Security eventually escorted Jimmy away, but not before Daniel’s performance was ruined, forcing the crooner to start all over again.

The Eurovision hiccup was just one prank in a long line of interferences for Jimmy, who was at one point the most famous pitch invader in the world, thanks to his record for streaking at sporting events.

Jemini made Eurovision history for the UK, but unfortunately, it wasn’t the good kind of history.

The British pop group from Liverpool performed their track Cry Baby at the 2003 Eurovision Song Contest, which was hosted in Latvia.

Unfortunately, Jemini – made up of Chris Cromby and Gemma Abbey – were the first-ever British act to ever receive zero points, with not a single country voting for them.

After the loss, Gemma said: "Nul points – there you go, maybe that's what we should change our name to."

Many years before Piers Morgan stormed off the GMB set in a spectacular strop, the Spanish Eurovision act did much the same.

In 1990, duo Azúcar Moreno appeared on stage in Zagreb, ready to perform their track Bandido before the masses.

Sadly, a technical glitch ensued and the backing track was out of sync, meaning the singers and the orchestra sounded terrible.

The two singing sisters stormed off stage, their performance ruined, before the audience cheered for an encore.

They eventually returned to sing again, but their botched first attempt has landed a place in the Eurovision Hall of Fame.