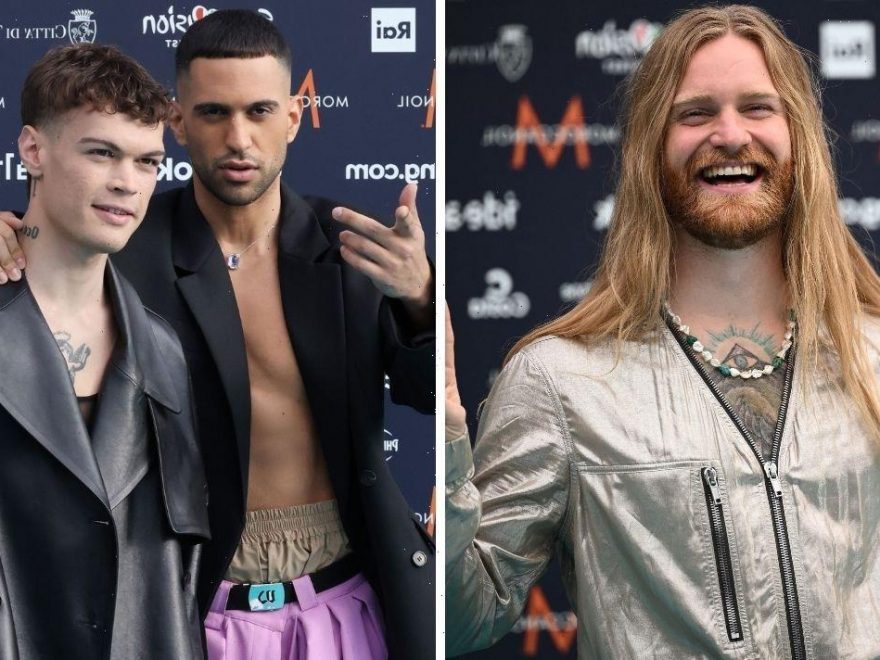 Italy is playing host to Eurovision 2022 this week following rock band Måneskin’s victory in Rotterdam last year. The band left fans in awe when they performed their song Zitti E Buoni. The semi-finals kick off on Tuesday and will see Rylan Clark-Neal and Scott Mills broadcasting live from Turin, bringing fans the latest updates. The country will be hoping to win for the second year in a row but UK’s Sam Ryder could cause an upset.

Dynamic duo Rylan and Scott will be giving commentary on the 35 countries competing for their place in this weekend’s grand final.

In the lead up to the big event, the bookmakers have been predicting which country will win and take home the crown.

While Ukraine has remained the favourites to win, according to the latest odds, the UK could end up coming out on top on Saturday.

Sam Ryder is representing the UK and will take to the stage to sing his pop song Space Man.

With just days to go until this year’s final, Ladbrokes has predicted Sam Ryder has odds of 6/1 to go all the way in Italy.

This makes the Space Man singer joint second-favourites with the host Italy.

However, the Ukrainian entry remains the frontrunner with odds of 8/13.

Discussing the latest odds, Alex Apati of Ladbrokes said: “Things are going from strength to strength for Sam Ryder as far as the odds are concerned, we wouldn’t at all be surprised to see him close the gap even further on Ukraine over the coming days.”

Poland’s entry has also been thrown into the mix with odds of 33/1.

UK entry Sam shot to fame during the pandemic when he posted some of his music to TikTok.

The singer decided to make use of the 2020 lockdown by sharing covers of pop songs to social media.

The Essex-born artist has covered tracks by the likes of Sia, Alicia Keys and Justin Bieber.

Speaking to wiwibloggs after his second Eurovision rehearsal, Sam shared what helps keep him going is his family and friends.

“Just being around good friends, people all the time, having good support systems. These things are of course really easier said than done,” the singer explained.

“But you get what you put out. I think you attract friends and connections in your life that are similar to the energy that you transmit. I think that’s important.”

Representing Italy in this year’s contest are Alessandro Mahmoud, known professionally as Mahmood, and Riccardo Fabbriconi, known as Blanco.

Eurovision fans will remember Mahmood, as he was the runner-up in the contest in 2019.

Mahmood rose to fame on The X Factor Italia as did the reigning Eurovision champions Måneskin who are also Italian.

Consisting of six members, the orchestra will fuse folk and hip-hop to perform their song Stefania to millions on TV.

The Eurovision Song Contest 2022 semi-finals will be airing on BBC Three on Tuesday and Thursday at 8pm.

The Eurovision Song Contest grand final will air on BBC One on Saturday, May 14 at 8pm