Escape to the Chateau: Angel makes her own tiles in series one

In their book, A Year at The Chateau, the husband and wife team of Escape to the Chateau looked back on the moment they first laid eyes on their future home and thriving business. Dick, 61, explains in the book the level of disrepair the garden was in ahead of starting their journey, which as documented on the hit Channel 4 show.

He described the neglected state of the outdoor area but also noted its “immense potential.”

“We spent hours walking and talking, first on our own, then with Jacques and Isabelle, planning and looking at what was soon to be ours,” the book reads.

It continued: “Along the southern side of the walled garden, away from the chateau, we discovered that, in addition to the barn we had stopped being sold to someone else, we had also bought a second barn with planning permission for a three-bedroom residence.

“It was all getting better and better. No doubt this would have been the next bit of the estate to have been sold off, but, no matter, it was to be ours now.” 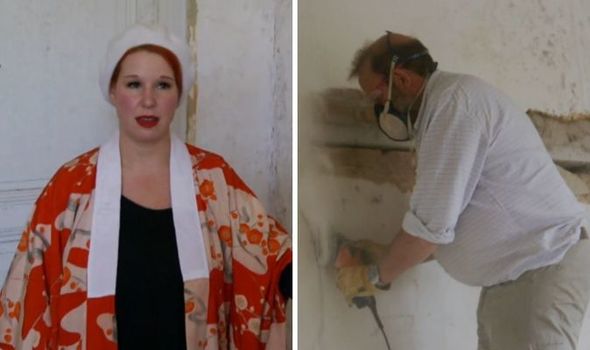 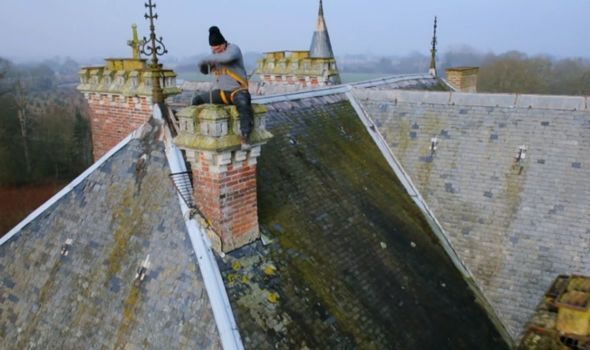 It continued: “We fought our way into the walled garden, where we discovered the potager; it had been neglected for decades but the potential was immense.”

Dick noted the obvious downfall of the area, as he went on to describe the sorry state it had been left in.

He recalled: “Walking into the walled garden was not easy. Nature had reclaimed its 2,800 square metres and underfoot was a tangle of brambles, grasses and weeds, but were some ancient fruit trees that alluded to its former glory.

“Against the walls were some deformed old pear trees that would once have been pruned to perfection, and a plum and a cherry tree that now appeared randomly placed, but must have been positioned with some thought in the garden’s heyday.” 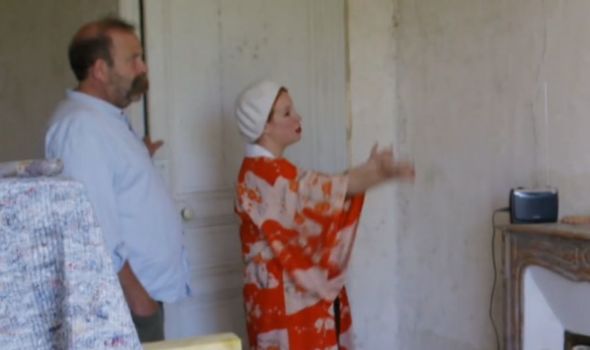 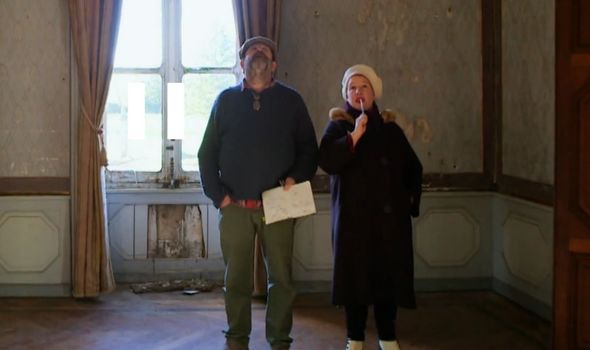 The duo took on the momentous challenge of transforming the French castle into a successful home and business back in 2016.

But their hard work paid off, with the show now seven series in.

Their book, A Year at the Chateau, documents the highs and lows of the extraordinary project.

But it’s clear from a segment of the book that it was quite the challenge to restore the property to what it has now become.

Dick continued: “A true indication of the neglect were the numerous forty-foot-high sycamore trees that had started as self-seeded weeds and were now a major feature of the garden.

“They’d have to go. we knew the garden would have to wait, as our priority had to be the chateau, but nonetheless the potential was incredible and my smile was making my face ache.”

He added: “By the time we had to leave or else camp out for the night, we were deeply happy and excited for what lay ahead.

“Our minds were racing. It was purely by chance that we had a cameraman with us the very first time we saw the chateau.

“We always thought it was an interesting idea to make a television series about the adventure we had planned and were filming a bit of a ‘taster’ video.

“There was so much we could do, and so much we would do. Now we had to arrange all these thoughts into a sensible order so a plan could form.”

Escape to the Chateau is available to watch on 4oD.