The 67-year-old actress played the iconic busybody role for nearly two decades before her character died in a fire back in 2011. Originally the soap centred around one family in Yorkshire dales and their life on a rural farm although as the audience grew the show had to develop with more dramatic storylines.

The podcast host spoke to Deena about the infamous plane crash that happened on the show back in 1993 which marked the end of Beckindale.

He told listeners that there were a few cast members who had been in the soap for a while who wasn’t comfortable with the plot, which resulted in four main characters being killed off.

Deena revealed he was correct as she mentioned it came down to contract renewals.

She told the host that you’re aware your character’s journey could be coming to a deadly end when reading scripts that involve large crashes. 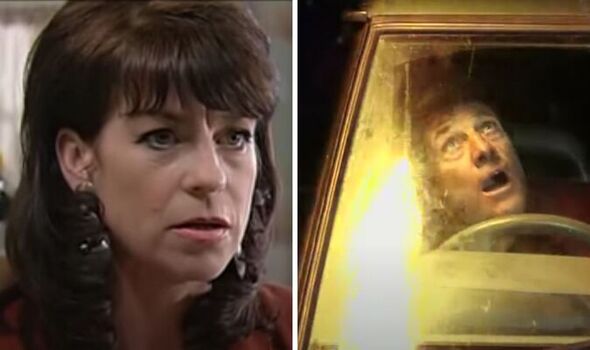 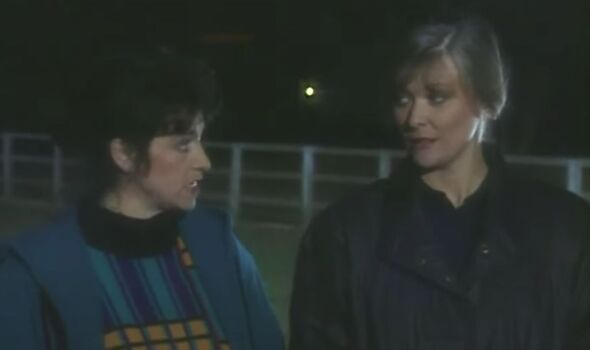 He then said: “It was a risk for Yorkshire TV to do the crash, although it was very popular, it probably wasn’t getting the amount of viewers they would have liked.

“It was a dramatic change and that was a bit of a gamble for them wasn’t it really?”

Deena replied: “I think it was a very big gamble! 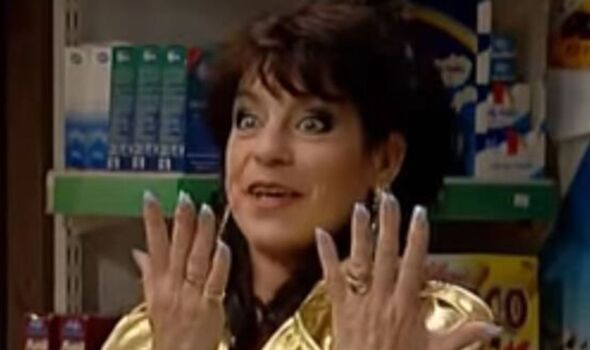 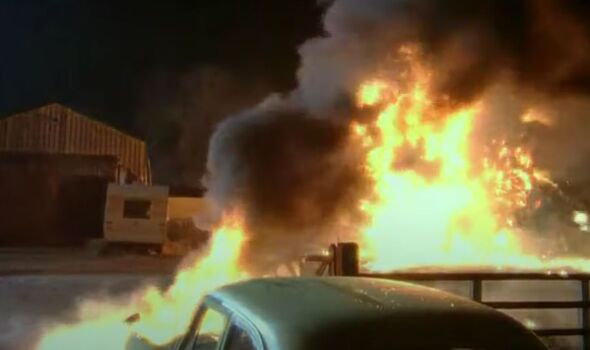 The actress then touched on how the soap started to add more humour into its scenes which grew its popularity.

She said:“It started to be very amusing, there was a lot of comedy, not typical comedy, but it was amusing.

“They could take the traumas because they could smile as well, there was a nice balance and I think that was one of the gifts that Emmerdale gave you.”

The plane crash on the show, which is also known as the Beckindale Air Disaster, gave the soap its highest-ever viewing with figures of 18 million.

Elsewhere in the interview, the actress revealed a time where a stunt on set went horribly wrong.

She said: “We [characters Kim Tate and Vic Windsor] were right in front of a really huge bale of hay stacked up which was to catch on fire.

“They had pipes of gas, little gas pipes with little holes so that the flames would liquor around the hay.

“Just as this was starting we were supposed to chuck buckets of water all over the bales of straw.

“Before they said “action” I actually saw flames coming from the top of the straw right at the very top.

Deena added: “I shouted out “it’s caught fire!” they had all caught fire and it all burnt to the ground.

“We had to cut and wait two weeks for them to stack it again! That was amazing as well.”