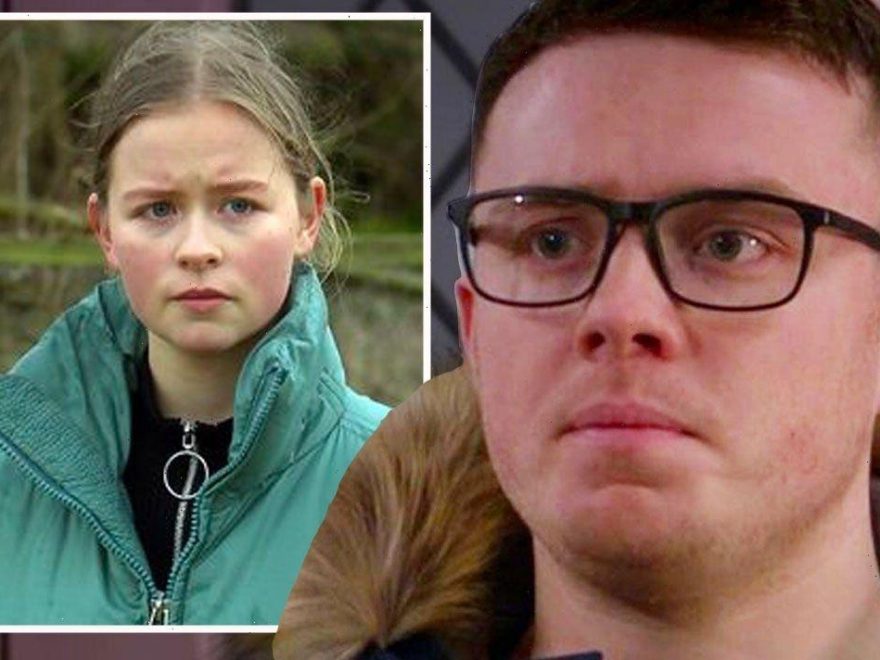 Vinny (played by Bradley Johnson) had a fairly dramatic start to the year on Emmerdale, having been kidnapped and almost killed by Meena Jutla (Paige Sandhu) and then marrying the love of his life, Liv (Isobel Steele). Despite the drama about his mother, Mandy Dingle (Lisa Riley), not knowing the couple got married, the young man has been living a life of relaxation as his troubles seem to be behind him. However, the return of Sandra Flaherty (Joanne Mitchell) to the ITV soap could be about to turn everything on its head.

With her daughter turning to alcohol as she believed she was to blame for the tragedy, Sandra helped to take her mind off it by drinking and partying with her.

Unfortunately, Liv suffered a seizure and this sent her mother into panic mode, not realising the young woman had epilepsy.

When Aaron Dingle (Danny Miller) arrived to take his sister back to the village, Sandra said she was better off without her in her life.

Therefore, the circumstances behind her reappearance in the Dales seems to be a puzzle at the moment, but she could be set to destroy her daughter’s happiness.

Speaking about the drama to come, the actor who plays Vinny, Bradley said: “As we know, his happiness is short-lived.

“I believe we’ve got a visitor coming to the village which is Sandra who is Liv’s mother and I believe she causes a bit of a stir.

“So we will have to wait and see,” he told ITV’s This Morning.

It could very well be that although Vinny and Liv’s marriage appears to be ideal to everyone in the village, they are having real problems.

Despite saying they would forget about their pasts and look forward to the future, they could both realise this is easier said than done.

Sandra causes a bit of a stir

By the time Sandra arrives in the village, they could be at a breaking point as those around them could start to see the cracks.

Not wanting her daughter to be happy as she has become engulfed with jealousy, Sandra could take it upon herself to further destroy the marriage.

She could manipulate the situation, making the husband and wife turn on each other instead of trying to work through their issues.

Knowing something big needs to happen before their split can be made permanent, Sandra could decide she is going to seduce Vinny.

By ploughing him with alcohol and making him open up about his past, she could ensure the young man is at his most vulnerable point.

Needing some support and comfort, he could kiss Sandra and the pair could end up having a one-night stand as he betrays his wife.

Although he would realise it was a big mistake, he might also think he hasn’t felt so free in ages and Sandra helped him feel that way.

Despite doing his best to keep his distance, the fan favourite could decide to embark on an affair with his mother-in-law.

However, this will lead to devastating consequences when Liv finds out as she would be furious over Vinny sleeping with someone else.

How will she react if she discovers it is her wayward mother who he has been sleeping with all this time?

This would ultimately lead to the pair getting divorced as Liv wouldn’t be willing to give her husband another chance.

With the struggles they’ve supposedly been facing behind the scenes, she could feel as if a weight has been lifted off her shoulders.

Not wanting to be reminded of what Vinny did to her, Liv could make plans to leave the village for good but will she leave alone?

Earlier this year, Bradley spoke about the couple’s future and at the time, he was optimistic it looked bright and positive.

Speaking with Express.co.uk and other press, he said: “They’ve broken up about three times now!”

“But I’m really happy because they’re committed now and we can explore their relationship more, see what goes on behind closed doors and show a young couple being married and living together,” he added.

The actress who plays Liv, Isobel, also said: “There isn’t another young couple in the show who are married.

“The audience love it and the writers like writing it, clearly. We enjoy playing it and it’d be nice to have a bit of happiness.

“We hope the audience are drawn to the characters as much as they are with the staple Dingle couples.

“We try to make it as friendly and inviting for the audience as possible so they can relate to it and back it.”

However, could they ever have expected Sandra to return and ruin everything?