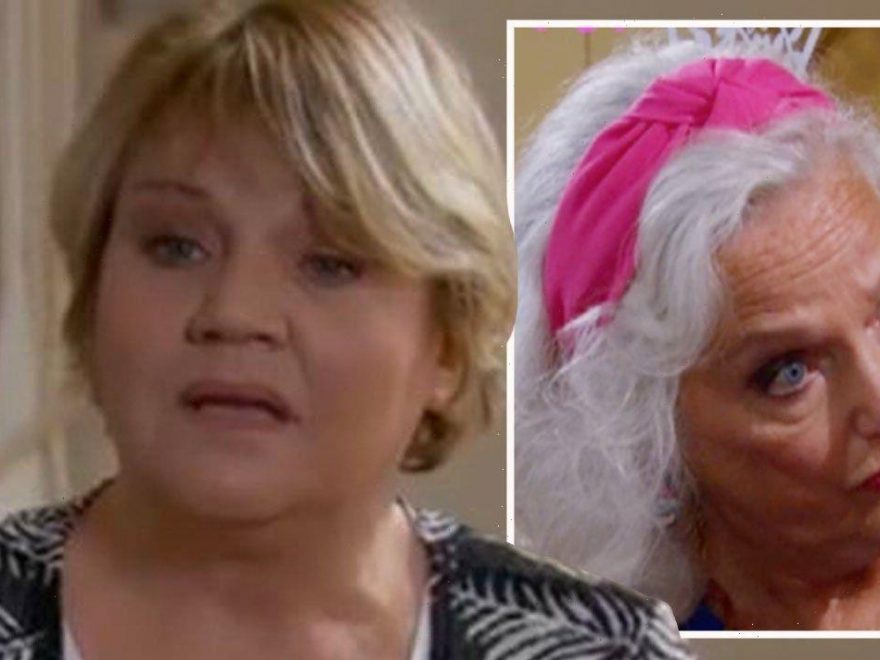 Brenda (played by Lesley Dunlop) has been taking a backseat from the drama in Emmerdale recently, rather being a supporting character in several other storylines. Although she hasn’t shared many scenes with Mary (Louise Jameson) since the Goskirk matriarch arrived in the village, they could be set to get a lot closer in upcoming scenes on the ITV soap. However, how will Brenda react if she discovers her new friend has developed feelings for her?

The latest episode of the weeknight serial drama centred around the wedding of Marlon Dingle (Mark Charnock) and Rhona Goskirk (Zoë Henry).

Mary was delighted to see her daughter get married and she enjoyed the celebrations which took place after the ceremony.

She was seen dancing the night away with some of her fellow villagers in the Woolpack and she outlasted the bride and groom.

Once they returned home, the husband and wife discussed their big day, with Rhona appreciative of her mother’s help and support.

“Do you know what? My mum has been amazing. Last seen dancing with Eric Pollard,” the blushing bride said as she poured her and Marlon some drinks. 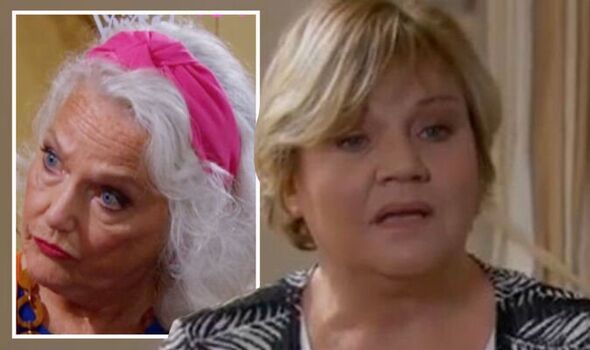 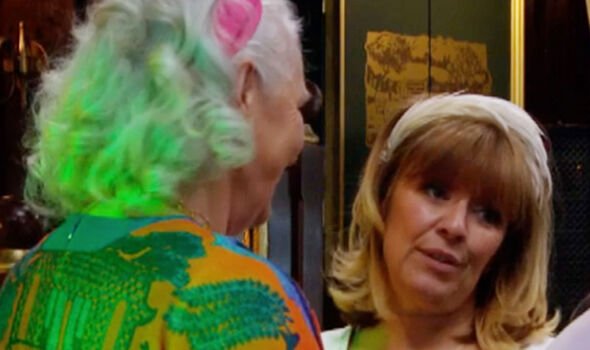 Dropping a hint about who her mother’s new lover could be, Rhona added: “You should have seen Brenda’s face. Although, I think she would have preferred Brenda.”

The discussion about Mary soon ended as the couple spoke about their future but there could be a lot more to this comment.

In the coming weeks and months, Brenda is going to be struggling as she will have to deal with the grief of losing her friend, Faith Dingle (Sally Dexter).

As her partner Eric Pollard (Chris Chittell) is also friends with Faith, he will be trying to deal with his own feelings.

With the couple forging a bridge between themselves as they struggle to be there for one another, Brenda could confide in Mary. 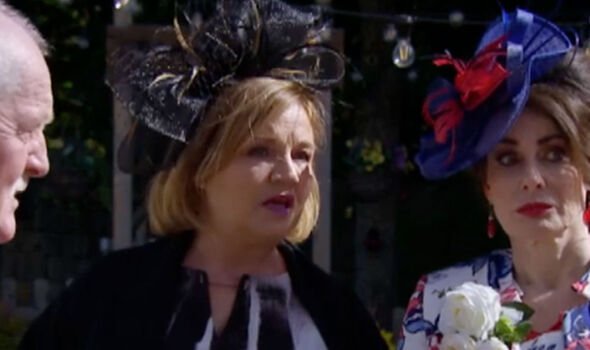 I think she would have preferred Brenda

Having lost friends and her husband in the past, Mary would be able to help Brenda through her grief and listen to her.

As the pair spend more time together, Brenda could see the Goskirk matriarch in a whole new light and will arrange for them to meet up more often.

On Mary’s side, this could be a more romantic affair as she starts to develop feelings for Eric’s partner.

However, knowing the couple are together and Brenda has never expressed an interest in women before, Mary will know her boundaries.

What she might not be expecting is for Brenda to turn around and tell her she is feeling the same way and wants to think about their friendship more romantically.

Worried about making the first move, Mary could also be taken aback if Brenda were to kiss her first, beginning their affair.

However, will Mary allow herself to fall for Brenda or will she stop things before they go too far as she’s worried she will get hurt?

And how will Eric react if he discovers his partner has cheated on him with a woman?

The actress who plays Mary, Louise, has previously spoken out about her character’s sexuality and how she feels having come out as an older woman.

Louise explained: “I wanted Mary to be fiesty, different, funny and complicated. So I was thrilled to be offered such a dynamic, interesting and poignant storyline.

“Mary was brought up in a society that teaches even gay people to be homophobic. The prejudice was – and still can be – insidious, and it takes enormous courage to come out.”

“The scenes are really beautifully written,” the actress explained in an interview with Inside Soap Magazine.

Producer for the show, Kate Brooks, also spoke about the importance of the storyline, adding: “This story is a vitally important one to tell, as coming out in later life is something rarely portrayed on television.

“With the character of Mary, we wanted to explore her back story and how she struggled to accept her sexuality and was forced to suppress her feelings in order to conform to the social norms of society.

“While progress has and continues to be made, for Mary she had to settle for convention and a life half lived.

“We wanted to show Mary’s courage as she admitted to herself, and to the world, that she is gay and in doing so give people hope that you can still be your authentic self, whatever your age,” she told Express.co.uk.

Last week, Mary was seen making a move on Rhona’s friend Vanessa Woodfield (Michelle Hardwick) after the vet showered her with compliments.

It emerged that Mary wasn’t in love with Vanessa, but rather felt extremely lonely and felt she would never get those sort of comments which made her feel good about herself.

Viewers took to Twitter to share their thoughts on the scenes, with M writing: “Emmerdale need to bring someone in for Mary as soon as possible, she deserves to find the love of her life #emmerdale.”

“Rhona and Mary scenes were beautiful. Zoe and Louise are incredible together #Emmerdale,” Michelle added on the social media platform.