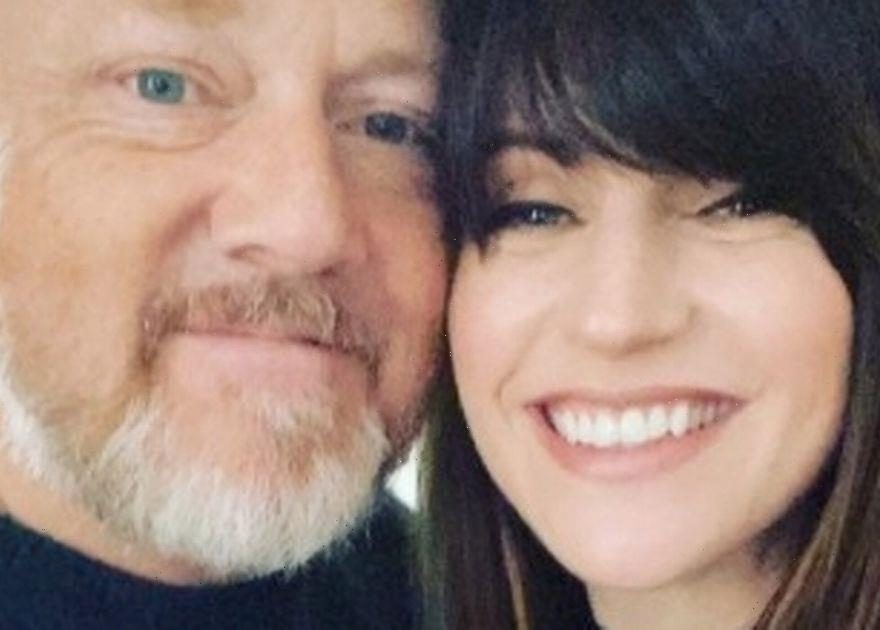 Laura Norton and Mark Jordon are best known for their roles in Emmerdale but they are also an item outside of the soap and now have their own family together.

Laura has played the role of returning character Kerry Wyatt since 2012 and Mark starred as Daz Spencer from 2014 up until 2019.

The pair's romance began on set but firstly started as friends before they pursued a romantic relationship a year-and-a-half later.

It was Mark's first scene which also involved Laura, so you could say it was always written in the stars – or the scripts, at least.

However, the couple didn't seem to think romance was on the cards as when Mark left the programme they just remained friends as they described their relationship as a "slow burner".

In an interview with OK! magazine, when asked about when they first got together Laura said: "It was about a year-and-a-half later. We hadn’t seen each other since he’d left but we were friends.

"Then we just started hanging out and before we knew it we were falling for each other. We didn’t want to spoil our friendship. It was a slow burner."

Mark made it clear that he wasn't looking for a relationship when he met Laura, instead focusing on being a dad.

He said: "When we met, this didn’t seem to be on the cards. I was focused on being a dad and work. A relationship seemed like a crazy thought to me."

But Laura admitted that it just made "so much sense" for them to pursue more than a friendship together.

Mark added: "It was weird because at first everyone at Emmerdale was like, ‘Get out of it, you’re pulling my leg!’ But then they said, ‘Actually, this makes so much sense, you’re so alike’."

Mark and Laura have quite a large age gap but this doesn't get in the way of their relationship.

Laura is 38 and Mark is 56 years old, meaning there is an 18-year age gap between the two of them.

Mark and Laura live together in Yorkshire but first split their time between their separate homes before deciding to move in together.

They got engaged to each other back in 2018 when Mark popped the question on Laura's birthday trip to Spain.

As for many couples, the pair's wedding was pushed back due to the pandemic and got put on hold again when Laura found out she was expecting.

However they didn't expect to have a baby together so soon.

Mark said: "The idea was that we were going to get a house, get married, have a baby and get a dog."

Laura added: "We just weren’t going to do the baby part quite yet! It was a surprise. We feel so lucky."

But the paired realise how lucky they were and described it as a "brilliant surprise".

Mark said: "We were always hopeful we would have a baby one day if we were lucky so it was a brilliant surprise. You may have noticed that we don’t seem to be able to stick to a plan! Things just happen and we go with it."

Mark also has two other children, Poppy and Joseph, from his previous marriage to actress Siobhan Finneran.