Lachlan (played by Thomas Atkinson) was last seen on Emmerdale last year when he swore revenge on his ex-girlfriend Belle Dingle (Eden Taylor-Draper) for ruining his life. The youngster is currently serving a life sentence in a maximum state prison after he killed three characters during his original stint on the ITV soap and tried to murder countless more, so it is unlikely he could return physically to the village. However, could he order someone to murder Jamie Tate (Alexander Lincoln) to show the Dingle family he is never too far away?

Currently, Belle is under investigation from the police after Jamie told them she was behind the hit-and-run which landed Moira Barton (Natalie J Robb) in hospital.

In upcoming scenes, her family will fight for her freedom with brother Cain Dingle (Jeff Hordley) going up against his sister’s ex-boyfriend, who is really the guilty party.

Unfortunately, the manipulator has a hold over the clan and has power in the village as the son of Home Farm villainess, Kim Tate (Claire King).

It seems the schemer is untouchable, but he might find himself in serious danger if Lachlan hears someone is trying to take down the iconic family rather than him.

For this reason, the serial killer might use his connections on the outside world to ensure the troublesome vet is silenced once and for all. 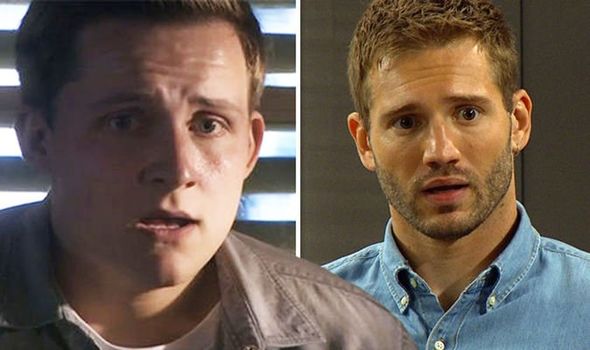 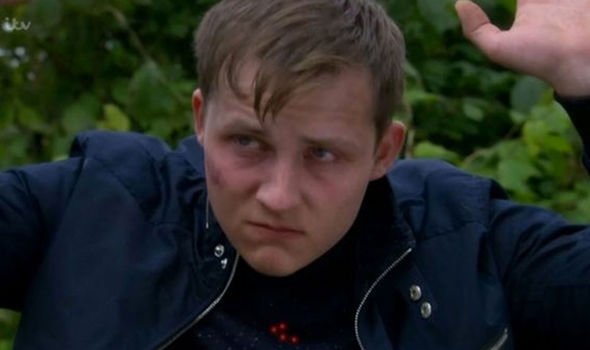 When he tried to take revenge on Belle and her family last year, Lachlan ordered his father Donny Cairn (Alan Convy) to terrorise the clan.

The villain’s only surviving parent carried out the horror tasks which included setting fire to The Woolpack pub and stabbing Vanessa Woodfield (Michelle Hardwick).

However, it was Belle who managed to convince Donny his son was a psychopath and after making the realisation himself, he wore a wire to help the police lock up the youngster for good.

Although he has no family left who want to help him, it could be the serial killer has someone away from the village who could do his dirty work – maybe an ex-girlfriend he’s managed to manipulate. 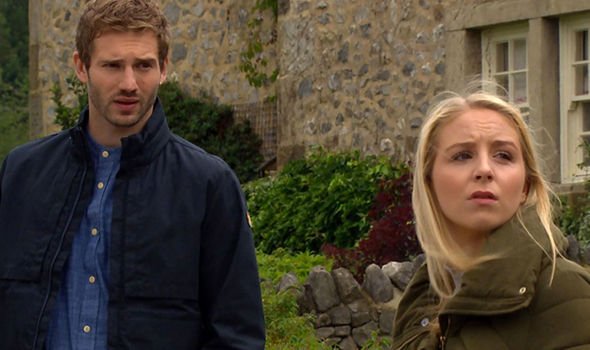 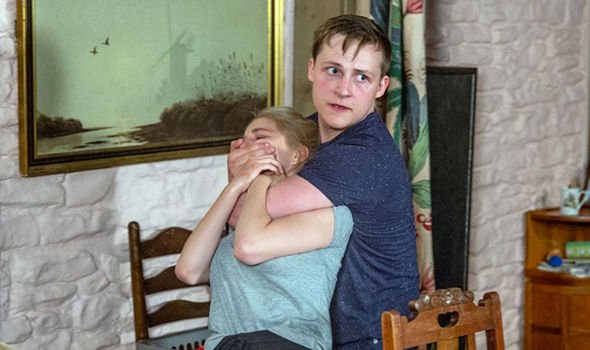 They could then pass themselves off as a new love interest for Jamie and use her charms to get closer to the troublemaker.

Even though he’s behind bars, Lachlan could be seen making the calls to his former lover to give her instructions on how to make the vet’s life a misery.

Planning a deadly exit from the village for Jamie, the villain’s associate might murder the father-of-one just as he falls in love with her.

This would leave the residents of the village to wonder who could have killed Kim’s son, not knowing he had another lover after Belle.

With Jamie out the way, Lachlan could then cause more trouble for the Dingle clan by putting Belle firmly in the frame for her ex-boyfriend’s murder.

Along with a hit-and-run case already hanging over her head and now a murder she didn’t commit, the villain might think he’s giving his former lover a taste of what life has been like for him.

The young Dingle family member has been to prison before after she accidentally killed one of her friends, Gemma Andrews (Tendai Rinomhota) after the pair got into an argument.

Sentenced to life behind bars and with no chance of freedom, will a second and longer stint in prison lead to an exit for the beloved character?

Taking to Twitter over the last few weeks, viewers of the weeknight serial drama are desperate for Lachlan to make a return in some capacity.

One fan wrote: “#Emmerdale is getting boring, bring Lachlan back and put him into the current Belle storyline.”

Another added: “Jamie is such a smug a*****e #emmerdale I thought Lachlan was bad but Jamie just tops him.”

“Lachlan was a better choice than Jamie Tate #Emmerdale,” a third commented so will the villain wreck been more havoc on the village then he ever has done before?