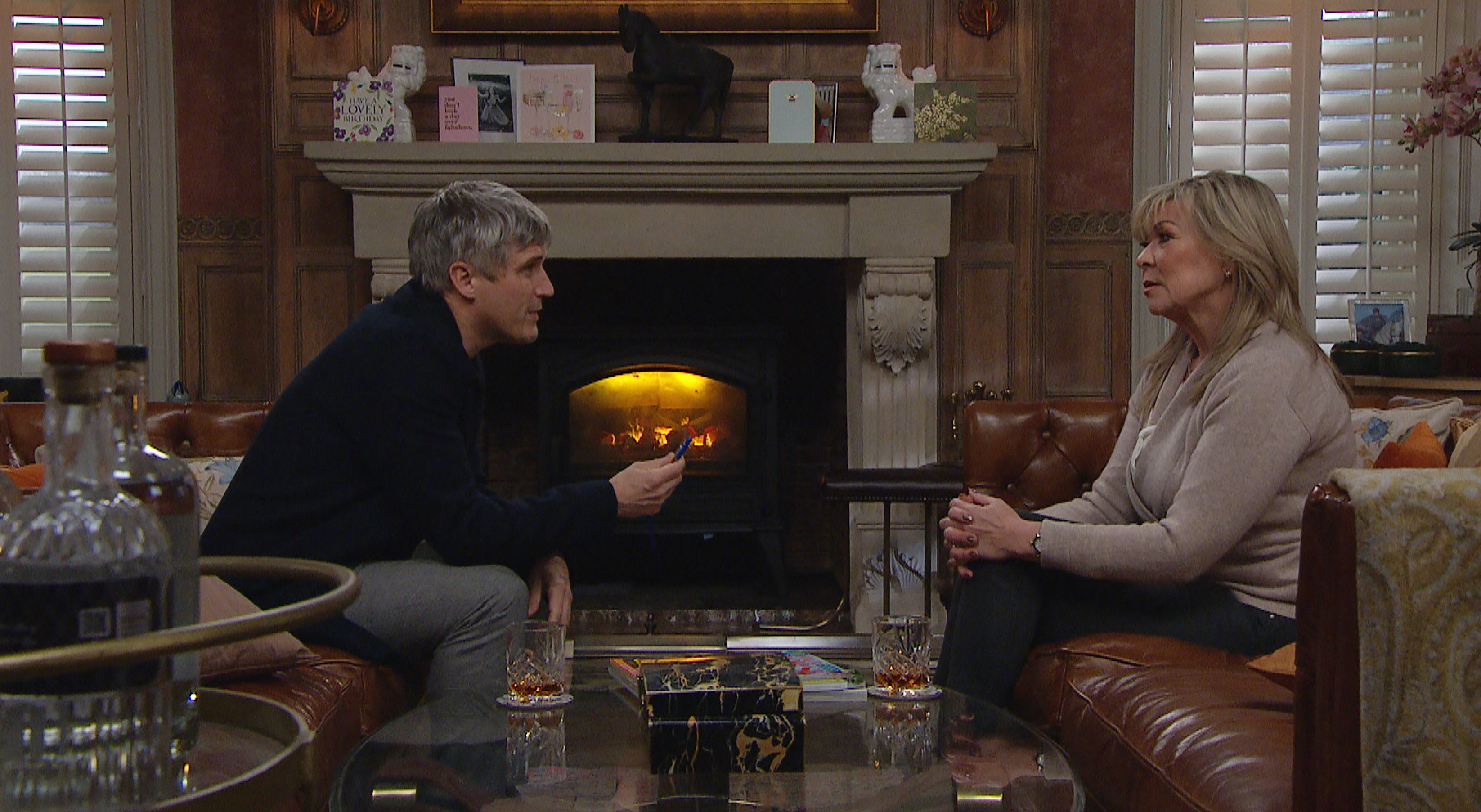 Emmerdale newcomer Caleb Milligan (William Ash) has been turning heads since he arrived in the village. But is Kim Tate’s (Claire King) head for turning? He might have the looks, but he also has the savvy business acumen that is right up her street. There is temptation by the bucket load.

To add to that, she and Will (Dean Andrews) have a disagreement, and suddenly Caleb looks even more appealing. Perhaps Kim has got retribution in mind given Will’s past indiscretions with Harriet.

Their marital tiff comes when Will confronts Sam about his missing watch and Caleb steps in to protect one of his own. Sam is amazed by Caleb putting his neck on the line on his behalf. Kim is later left frustrated by her other half when she learns he went in all brutish and ruined her friendship with Lydia (Karen Blick) without checking his facts – it transpires baby Thomas was playing with the timepiece. Caleb – 1, Will – 0.

Kim goes to the Dingles’ the next day full of apologies, but hurt Lydia is having none of it, telling Kim while she might be her boss, they are no longer friends. Kim skulks back to Home Farm where Will is waiting to air his frustrations that his wife apologised on his behalf instead of having his back.

But for Kim, his whining is like that of a fly buzzing around her head ready to get squished. She’s got bigger things to fry, and they involve Caleb. She swats away her husband in favour of focusing on her new business partner when he arrives to sign for the Stud Farm.

Will senses something between his two and his jealousy causes him mark his territory, which is no doubt equally unattractive to Kim. Has he got something to worry about?