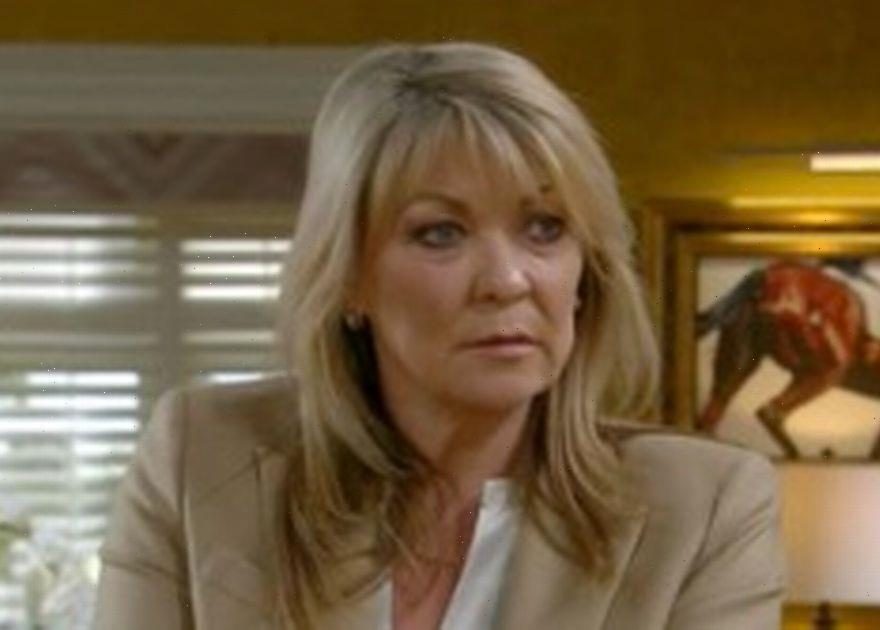 Fans have been speculating about Kim's illness as many have insisted Gabby Thomas (Rosie Bentham) has been poisoning her.

However, it seems Dawn Taylor (Olivia Bromley) could be the culprit after a twisted remark she made at the start of Wednesday's episode.

Kim is against Dawn's romance with her son Jamie Tate, and the ladies have shared many tense showdowns in recent weeks.

When Dawn was talking about staying with Jamie, Kim snarled: "Over my dead body".

Taylor replied menacingly: "I'm sure that can be arranged".

She continued: "You might scare a lot of people, but you don't scare me – not in that dressing gown.

"So go have a shower aye, you look rough as rats."

Kim collapsed weeks ago and was left fearing she could have hereditary dementia after she became confused, distant and forgetful.

However, viewers recently saw someone tampering with Kim's brandy, but their identity hasn't yet been revealed.

Many fans are convinced Gabby is responsible as she's been known to do some troublesome things in the past.

She once planted a missing wallet in Dawn's possession to make it look like she had stolen it.