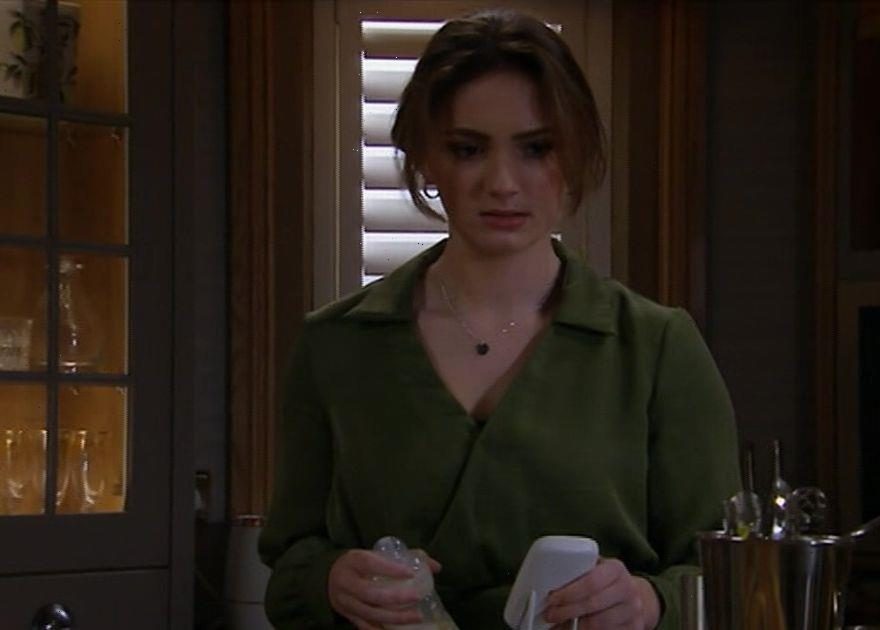 Things are set to heat up in Emmerdale, as viewers will be treated to an explosive week filled with tension, drama and flashforwards.

After months of getting over the loss of her partner Jamie Tate (Alexander Lincoln), Gabby Thomas’ (Rosie Bentham) world is about to be turned upside down for good.

Loyal fans of the ITV soap will remember the traumatic ordeal the doting dad put his family through after he accidentally crashed into a lake where it was thought he died in the crash.

But in the latest teaser for next week’s instalment, fans believe Jamie could be back for revenge to kill the mother of his child and kidnap his son.

As the doting mum celebrates the birth of her son Thomas’, the memorable occasion soon turns sour after Millie nearly revealed that her dad is still alive after faking his own death last year.

This causes cautious mother to grow incredibly suspicious and it’s fair to say the brunette beauty is determined to find out the truth.

And with Gabby’s anxiety on high, things only get worse when Billy Fletcher (Jay Kontzle) and Dawn Taylor (Olivia Bromley) reveal they’ve spotted a suspicious figure on CCTV.

While staying home along with the tot, the loving mum makes sure to keep a watchful eye over the house, determined to protect her son.

And her paranoia goes into overdrive when she finds a touch outside the house, as she convinces herself that Jamie has returned after she spots the same hooded figure she saw on CCTV.

Later on in the week, Gabby finds a long gift left for Thomas which sends shivers down her spine as she believes her suspicions are confirmed that Jamie is back for revenge. If that wasn’t terrifying enough, someone is also set to steal a gun from the Home Farm cupboard – is Jamie out for blood? Or does he have other things planned for her downfall?

While discussing Gabby’s fear’s during the intense scenes, Rosie Bentham recently told Daily Star and other publications: “It’s very obvious [the gift] is from Jamie and that means Jamie has been in her safe place which is Home Farm.

“He’s been wandering round and he’s closer than ever. That tips her over the edge. She’s 100% sure Jamie is here, he’s been in the house, he’s coming for me. Now what do I do?”

Emmerdale airs on weekdays at 7.30pm on ITV.