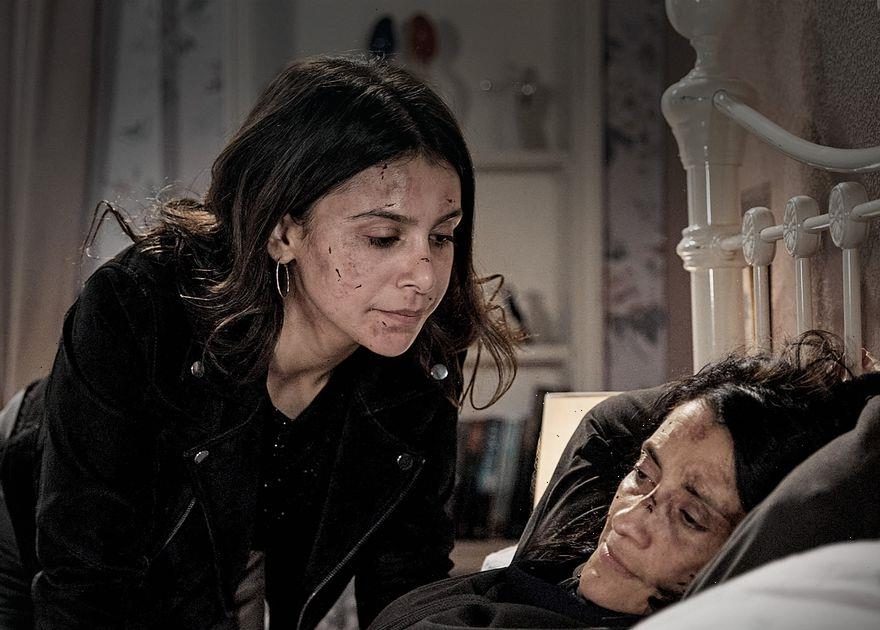 Emmerdale fans have been keeping their eyes peeled for clues as to when murderer Meena Jutla (Paige Sandhu) will finally get her comeuppance – but now they think she might die before being brought to justice.

Following her murder spree in the village on the ITV soap, Meena has continued her reign of terror and turned her attentions to her sister Manpreet Sharma (Rebecca Sarker).

After realising her sibling had remembered everything about who she’d killed and had been playing dumb while in her hospital bed, Meena discharged Manpreet from hospital and took control.

Meena took her home and attempted to drug her, as she revealed her plans to keep her hostage to make sure she stays silent about her crimes.

However, Manpreet is determined to come out on top and has been playing Meena at her own game by lying and pretending to take the tablets Meena was trying to give her.

Now, ITV viewers are convinced that Manpreet will continue to fight back and eventually end up murdering Meena in an act of self-defence.

As fans discussed the next twist in soap villain Meena’s storyline and how Manpreet could well be her next victim, others put forward an alternative theory.

One wrote on Twitter: “No she won’t, if anything Manpreet will kill Meena.”

While another said on a forum: “[Meena] kidnaps Manpreet who kills her in self defence or by the police in some hostage situation.”

They added: “Meena isn't going to face comeuppance for her actions at all.”

This comes after Emmerdale actress Rebecca Sarker teased the explosive scenes between her and her on-screen sister.

Speaking during a recent appearance on ITV’s morning show Lorraine, Rebecca was asked whether Manpreet was going to be ok following the news that Meena was going to hold her captive.

The soap star answered: “No, she’s not! Meena, bless her, she makes Kathy Bates in Misery look like Florence Nightingale. It’s an absolute disaster for Manpreet.”

She continued: “She’s taken hostage, she’s kidnapped, and she’s put in some very odd positions. My back is hurting actually now, having done quite a few weeks of being tied up…”

When further grilled on whether she was worried for Manpreet's safety, she added: "Meena is capable of anything – I get asked, ‘Is she capable of killing her sister?’”

“They do love each other, so Meena is capable of anything, let’s be clear, and I can exclusively reveal that Manpreet is definitely in danger because she just gets too close to the truth.”

But could Manpreet work out her escape and get her revenge before Meena has the chance to kill her? Only time will tell.

For all the latest cast updates and juicy Emmerdale spoilers, sign up to our daily OK! Newsletter . Emmerdale continues weekdays at 7pm on ITV.