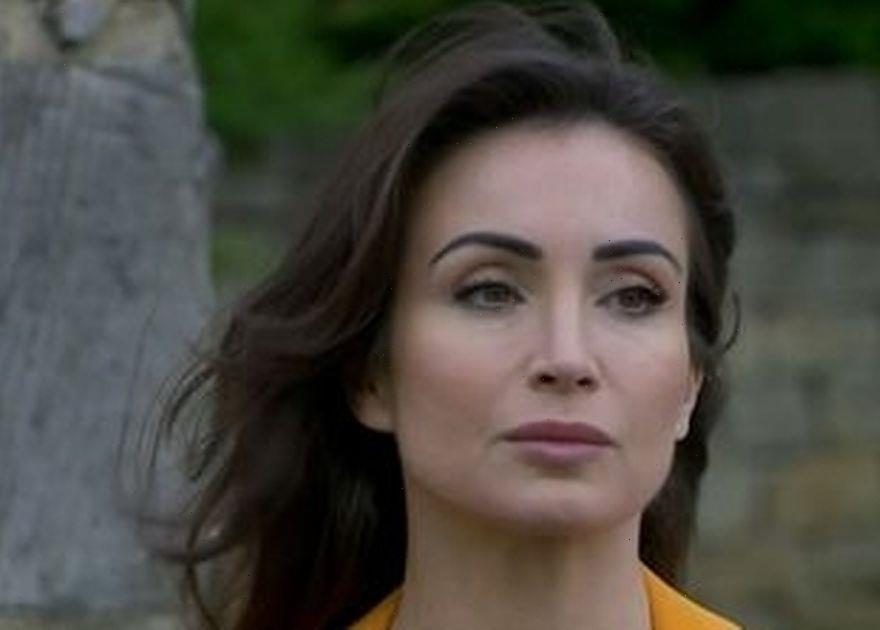 The wedding planner was left gobsmacked in recent scenes as her ex David caught her lining up some cocaine.

Leyla begged him not to tell her husband Liam Cavanagh as she blamed work stress.

Some viewers of the ITV soap now think that there could be a blackmail plot pending due to David's recent money woes.

Taking to Twitter, one person said: "This could be the perfect blackmail storyline now David’s got some dirt."

A third fan said: "David is so strapped for cash, he may decide to become a dealer. Leyla may get it at mates rates."

Despite repeatedly protesting that she was in control, David knew that Leyla was addicted to cocaine.

He accused her of being selfish and said she should think about Jacob Gallagher (Joe-Warren Plant).

For David, the obvious course of action was to talk to Liam about the problem so Leyla could get help for her addiction.

However, Liam finding out is the last thing that Leyla wants, as she fears it would be the end for their marriage.

She told David that she’s prepared to do whatever it takes to sort herself out.

Emmerdale fans were left scratching their heads during the latest visit to the village.

As temperatures in Britain reached higher than 40 degrees for the first time on record, ITV viewers tuned in to find out the latest goings on in the Dales.

Some fans rushed to their keyboards after they noticed cast members wearing jackets despite it being summer.

Taking to Twitter, one fan penned: "Leyla you do need help – you're wearing a coat in a 40 degree heatwave!"

Another added: "Catching up on Emmerdale and it’s making me feel really uncomfortable.

"I’m roasting in here and they’re walking around in jumpers and coats. Surely when they film they know what time of year it will be shown and they could actually dress for the right season.

A third person posted: "I know Emmerdale is a soap and is filmed 4/6 weeks ahead, but it's meant to mimic real life in July.