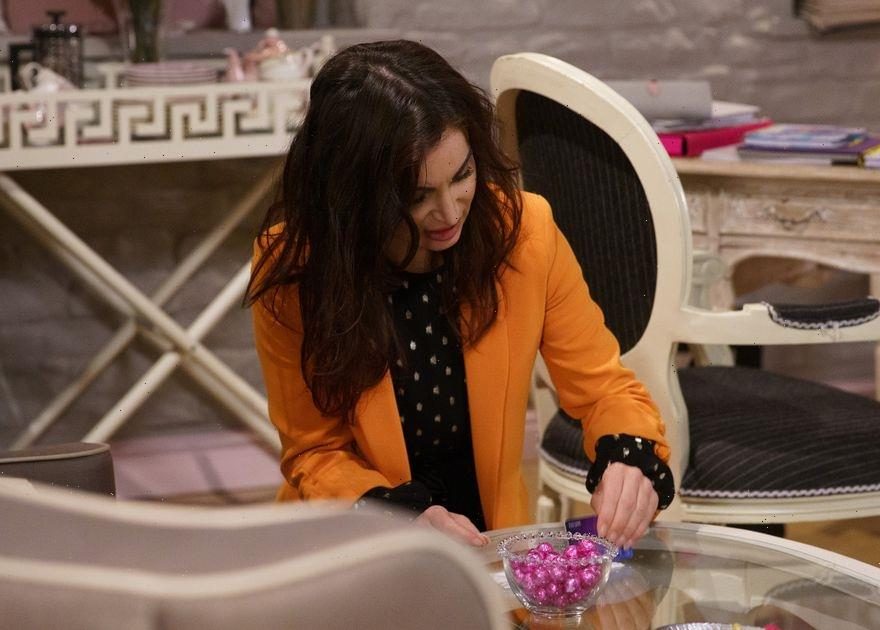 Emmerdale fans were left scratching their heads during the latest visit to the village.

As temperatures in Britain reached higher than 40 degrees for the first time on record, ITV viewers tuned in to find out the latest goings on in the Dales.

As David Metcalfe caught Leyla Cavangh preparing a line of cocaine, fans noticed that she was wearing a coat despite it being Summer.

Viewers at home rushed to their keyboards after they made the wardrobe blunder observation.

Taking to Twitter, one fan penned: "Leyla you do need help – you're wearing a coat in a 40 degree heatwave!"

Another added: "Catching up on Emmerdale and it’s making me feel really uncomfortable.

"I’m roasting in here and they’re walking around in jumpers and coats. Surely when they film they know what time of year it will be shown and they could actually dress for the right season.

A third person posted: "I know Emmerdale is a soap and is filmed 4/6 weeks ahead, but it's meant to mimic real life in July.

"So even though no two summers 'weather wise' are the same, one thing you can guarantee in July, is, its not coat weather. All the actors are wearing jackets, one is wearing a puffer."

While a fourth social media user said: "Its gonna be hilarious in Oct when they are all walking round in T-shirts looking sweaty!"

The net has been closing on Leyla after her mate Suzy's drug addiction and connection to Holly Barton's overdose was revealed to the village last week.

In Tuesday's (July 19) episode, Leyla was stressed about clashing with David over paying for Jacob's way at university so he could focus on his studies.

Over at Take a Vow, Leyla was facing pressure for messing up Kim Tate's wedding plans, especially after Vanessa inadvertently dropped her in it by suggesting Kim and Rhona's mood boards may have been mixed up.

After Kim stormed out, Leyla angrily pulled out a packet of cocaine and poured it out on the table, as she bemoaned the "absolute cow" for sacking her.

The wedding planner was horrified when David entered the shop as she was chopping up the coke with her credit card. At first, Leyla blamed Kim for pushing the drugs on her.

Leyla blamed the drug use on all of the stress of the last year — Leanna's death, Liam's grief, Meena's reign of terror, and her own shooting.

She chased after David to stop him from telling Liam but what will he decide to do?