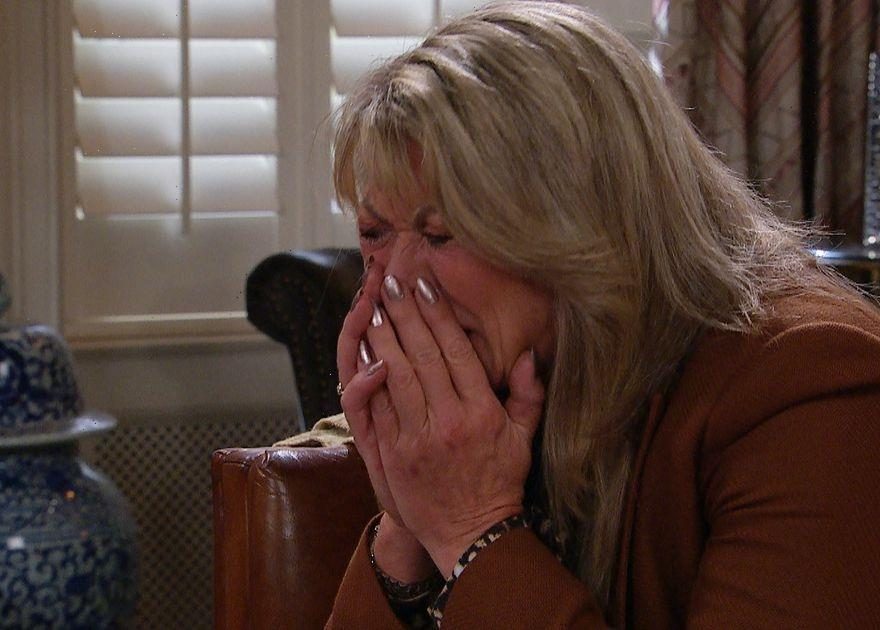 Emmerdale fans have predicted that loveable rogue Will Taylor (Dean Andrews) will abandon his fiancé Kim Tate (Claire King) at the altar after his daughter Dawn Fletcher (Olivia Bromley) turned down his wedding invite.

During Wednesday’s (September 28) visit to the Dales, Kim and Will put in a final effort to convince his daughter to make it to their special day.

The loving couple have been together for a number of years on the ITV soap, but recent tensions between the two have thrown them off balance just days before they exchange their vows.

READ MORE: Emmerdale star forced to up security after being victim of homophobic death threat

And it appears as though they weren’t the only ones who noticed something was off between the two, after Lydia Dingle (Karen Blick) lent an ear to Kim at Home Farm.

The blonde beauty explained: “I tried to apologise, but Dawn’s not interested – I'm still the bad guy”.

Lydia remarked: “And Will’s torn between the two camps” before Kim corrected her: “Not so much torn as on Dawn’s side.”

Luckily Kim’s pal convinced her that family issues happen all the time and things will soon work out when she talks to Dawn and Will again. And it appears as though Kim isn’t the only one who is concerned about whether their wedding will go ahead after Will shared his concerns to his friend Harriet Finch (Katherine Dow Blyton) who attempted him to persuade him not to go through with the ceremony.

Harried explained: “I’m just worried that the damage is irreparable. You realise how hard Dawn is finding this?”

Will replied: “How do you think I feel? I’m walking on a tightrope here!” as Lydia advised Will to focus on his relationship with Dawn.

After watching the tense episode, fans of the ITV soap flooded to Twitter to share their thoughts on the highly-anticipated wedding.

One user predicted: “#Emmerdale Jamie will turn up on Kim and Will’s wedding day!” while a second added: “Cancel the wedding, because Harriet still loves you Will! #Emmerdale.”

A third argued: “Dawn not going to the wedding – if this wedding will go through? #Emmerdale,” as one fan of the show asked: “Will’s got a big decision to make but can he make amends with Dawn before the wedding? #Emmerdale.”