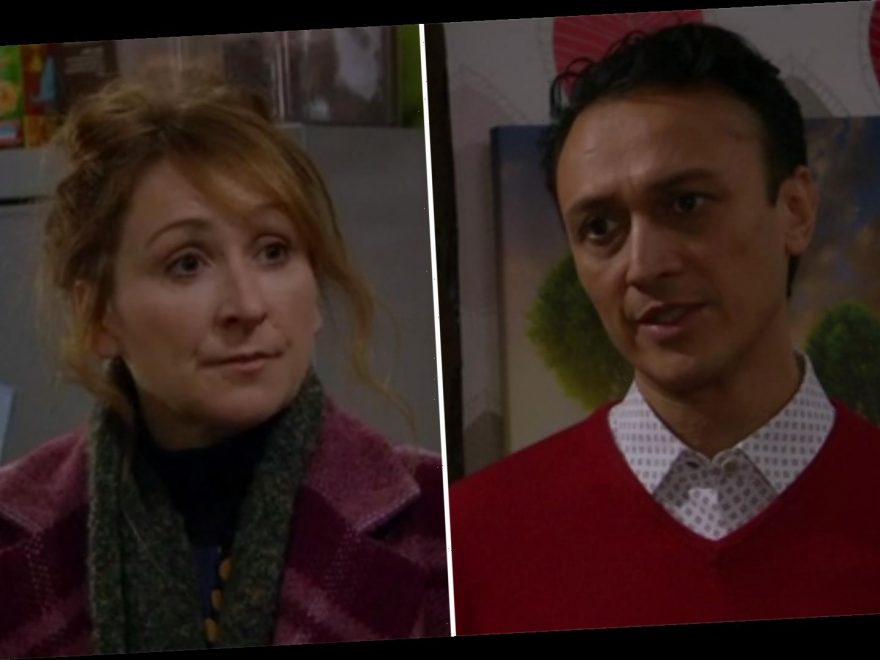 EMMERDALE fans are predicting a split for Jai Sharma and Laurel Thomas.

The restaurant manger and the businessman have been struggling in recent months after their decision to end a pregnancy and the subsequent fallout.

And with Laurel stressed over stepdaughter Gabby’s pregnancy, Jai has been increasingly worried about her.

And tonight he revealed he suspected she was drinking again.

She caught him asking his dad Rishi for advice about what to do.

He told her: “I’m worried about you, OK. I wasn’t moaning, I was asking advice from my dad.”

But instead of understanding, Laurel snapped: “Well I’ll give you some – deal with your own issues before you start broadcasting mine.”

However with Rishi’s words ringing in his ears, Jai noticed Laurel’s water bottle on the side.

Suspecting she was drinking again, Jai took hold of the bottle and went to check it.

But as he did – Laurel came downstairs from her bath.

Spotting him smelling her bottle, Laurel said: “It’s from the kitchen

“From the tap. That explains why it’s water and not vodka. Taste it. Taste it Jai. Thanks for your trust. It means the world, love.”

Fans are now predicting disaster for the pair and think they will split up.

One wrote: "Laurel and Jai are at loggerheads."

A second said: "Thats Jai sleeping somewhere else from now on."

Another added: "Distrust creeping into the relationship. Is this the beginning of the end for Jai and Laurel?"