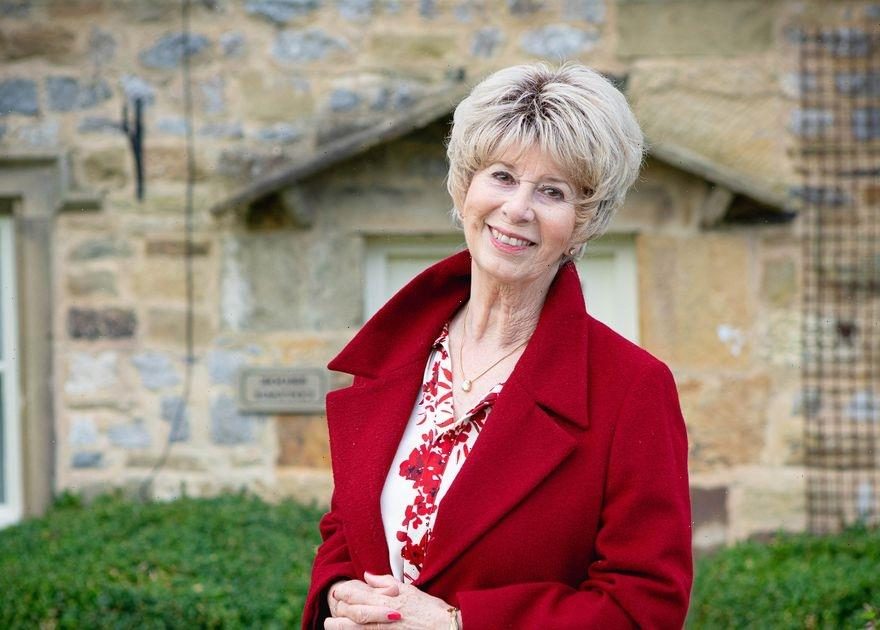 Share your email to get soaps interviews, spoilers from the Star

Emmerdale icon Elizabeth Estensen has hinted at a possible return for the character, following the soap's 50th anniversary celebrations.

In August, Emmerdale bosses revealed at a press conference that Elizabeth would be returning to the soap for month long anniversary episodes, alongside Aaron Dingle actor Danny Miller and Tracy Metcalfe star Amy Walsh.

Speaking ahead of her return, Elizabeth has now revealed that Diane is back in the dales to see her friend Faith Dingle, who has been diagnosed with terminal cancer.

READ NEXT: Emmerdale's 'best loved characters in peril' as devastating storm to rip through village

However, Diane's visit might not be the last we see of the Sugden icon, with Elizabeth saying: "Diane has a great time catching up with people in the village but she has come back especially to see Faith whom she was great friends with.

"Who knows she may return again one day!"

Elizabeth announced earlier this year that she was leaving Emmerdale after more than 22 years on the ITV soap.

On her decision to retire, Liz said: "For the past 22 years, I have loved playing Diane Sugden – she's kind, reliable and fiercely loyal.

"However, I now feel the time has come to say goodbye. Emmerdale will always remain special to me.

"I've been treated with respect and kindness and I've had the very best friends and colleagues, both past and present.

However, fans will not have to wait long to see Elizabeth walk into the dales once again, as less than 12 months since her departure, she will be back.

Talking about her return, Elizabeth said: "I was really pleased to be asked to come back to Emmerdale to celebrate its 50th.

"It's sort of the same but not the same. There's a lot of people that I still know that I was really pleased to see again.

"I can't say I have enjoyed having to rush for a train again though!"

However, what part Elizabeth's character Diane will have to play in the anniversary episodes, and whether she is just in the dales to see Faith, it still to be seen.