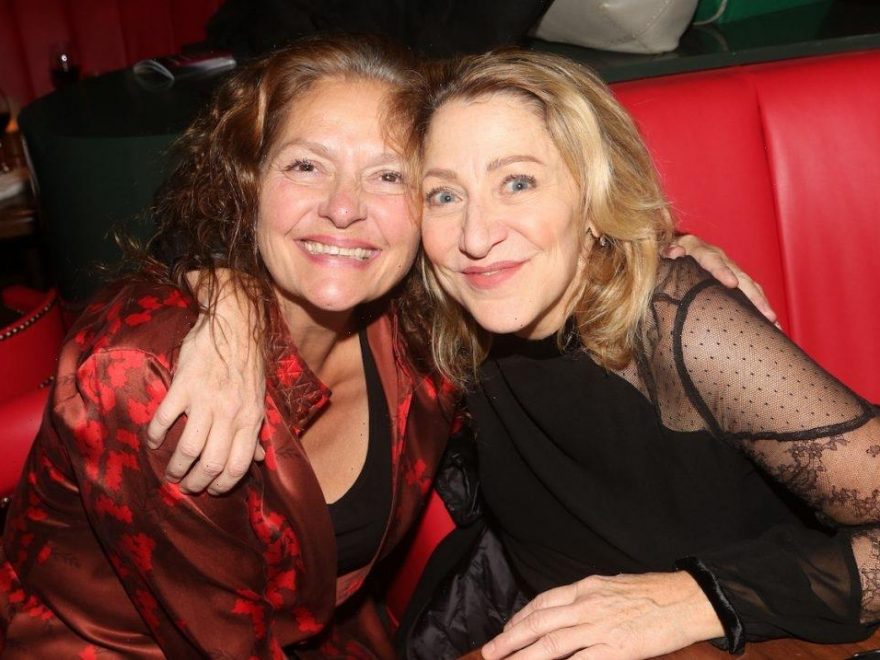 In 1999, HBO premiered The Sopranos featuring James Gandolfini as a conflicted mob boss struggling to balance the demands of his real family with those of his crime family. From the first episode, the chemistry between Gandolfini’s Tony Soprano and his wife Carmela, played by Edie Falco, was genuine enough to seem real.

Falco and Gandolfini had a great rapport and grew close over the show’s six-season run. After his death, she and her Sopranos co-star Aida Turturro, who played Gandolfini’s conniving sister, Janice Soprano, found the series too difficult to watch.

As Soprano, Gandolfini gave us a glimpse of a character as sensitive and childlike as he was ruthless and cunning. As it turns out, some of the qualities we saw on-screen were part of his off-screen persona. “I have a little bit of a temper,” Gandolfini admitted to 60 Minutes. He acknowledged that there were some “seeds” of Soprano in his personality. “One reason people, you know, are good at certain characters after a long time is cuz the writers see stuff, and they put it in, and it makes life easier for you.”

Like his character, Gandolfini loved to eat. Falco recalled that the cast used tricks to look like they were eating. But she said her on-screen husband truly ate it all:

“Jim ate in every frigging take, and he ate between takes. There was one scene we were shooting, where he was eating a bowl of ice cream, and in every take, he ate and would then re-fill the bowl, and then at one point, I realized he’s not really listening to me – he had gone into a sugar coma! We had to stop and shoot the rest of the scene another day.”

Ironically, the International Business Times pointed out that a scene in Season 4, Episode 10 eerily foreshadowed his real-life demise. Blindsided by a drug intervention, Christopher Moltisanti lashes out at Soprano, saying, “I’m going to kill myself? The way you f—kin’ eat, you’re gonna have a heart attack by the time you’re 50!”

Sadly, on June 19, 2013, at the age of 51, Gandolfini died of cardiac arrest while on vacation in Italy with his 13-year-old son Michael. While dining with his son, he appeared to be in good spirits. But the next evening at 10 pm, he suffered a massive heart attack in his room at the Boscolo Hotel Exedra in Rome.

While their characters butted heads on the show, Falco and Turturro are actually good friends. “We speak a lot, and sometimes I sleep over at her house because I don’t have a house in the city,” Turturro told Page Six. “She’s kind enough to let me crash.”

Like Falco, Turturro had a deep connection with Gandolfini. They met on Broadway while doing A Streetcar Named Desire. “He played my husband, and the first day he walked in late to the rehearsal wearing his bike chain around him… I was like, ‘Oh no, here comes trouble,’” she told the New York Daily News. “From that day on I would say it was love. Love in the sense of having a brother, another family member all of a sudden.”

Falco and Turturro recently attempted to watch their own show. They only made it through four episodes, explaining:

“It was too fraught, and a big part of that is Jim. People die, and you move on, then you see them on screen, and it is too shocking. And Jimmy and I were kids then! Neither of us knew what we were doing, but we worked in the same way, not preparing, but like kids in a sandbox. Aida and I watched a few episodes and I said, ‘This is killing me.’”

“There was very little about my upbringing that was conventional,” she explained. “We had two creatively minded young people trying to make a family, so we really grew up feral.” She also watched her actor mother and Jazz drummer father divorce and remarry twice, creating what she called “a lot of chaos.”

Falco, who has two adopted children, never married, though she did have serious relationships, notoriously with actor Stanley Tucci who left his wife for her. According to the New York Times, Tucci eventually went back to his wife. “We were together, and then we broke up because there was no way that was going to be a good thing,’ Falco said.

As an actor, the chaos she witnessed at home seems to have served her fictional marriage. Her fights with Gandolfini are still wrenching to watch. Falco credits his organic acting style for the realism they created on screen. “Jim was never anything other than Tony which made it easy for me to be nothing other than Carmela,” she said to the Archive of American Television. “so the experience of my marriage to him was as real as, kind of any relationship I’ve had in a weird way.  It’s stored in a different part of my being but, the experience of being married to that man feels very dimensional and real inside of me.”