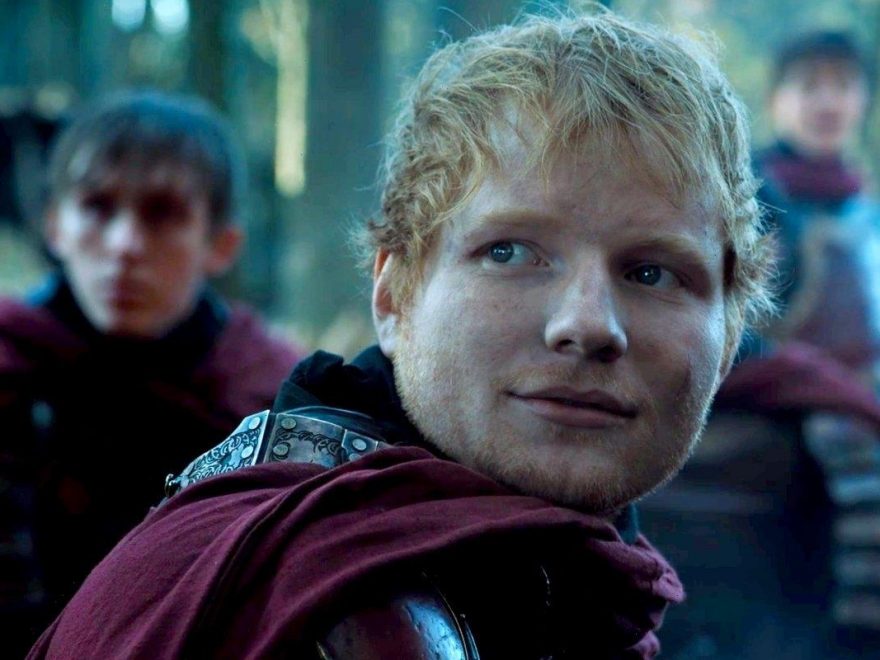 Despite the criticism, the ‘Shape of You’ singer, who played a Lanister soldier in a season 7 episode called ‘Dragonstone’, shares that his cameo remains as a positive memomy for him.

AceShowbiz –Ed Sheeran is looking back to his cameo appearance on HBO’s “Game of Thrones” which was met with negative reaction from fans. In a new interview, the “Bad Habits” singer admitted that the backlash ruined his excitement over the gig.

“I feel like people’s reaction to it sort of muddied my joy to it,” the British star said in the Monday, November 1 episode of Dax Shepard‘s “Armchair Expert” podcast. He added that his brief appearance in season 7 of the hit show was supposed to be a surprise for cast member Maisie Williams, but co-star Sophie Turner spilled it at Comic-Con. “I think Maisie was like, ‘What?’ ‘Cause she didn’t know not to say.”

Of Maisie, who played Arya Stark on the HBO show, Ed gushed, “She’s always been awesome. He also shared that season 7 was initially set to be the last season for Maisie’s Arya. “I don’t think they had written the ending yet. It was meant to be her last season but it wasn’t. And as a surprise for her, cause it was her last season, they would get me on. So, she was meant to turn up on set, and I was by the fire. She was meant to know her lines and everything, get down and be like, ‘Hang on.’ “

The award-winning crooner also explained how he eventually landed the cameo role as a Lannister soldier in an episode called “Dragonstone”. He told the host, “So I was in touch with the creators from 2012, I think, and then obviously they were like, ‘This doesn’t make sense.’ But then it made sense.”

Despite the criticism, the “Shape of You” singer shared that his cameo remained as a positive memomy for him. “Mate, it was great,” he said, adding that he took Kit Harington and other cast members on a night out before.

During the episode, the singer-songwriter talked about his wife Cherry Seaborn, who is also his childhood friend. Ed said that he and Cherry had been “really close friends” growing up, but if he had dated her in high school, “it would have been a disaster.”

The old friends lost touch when Seaborn got a scholarship to Duke University. They then reunited in New York City in 2015. “One day, she was in New York and she went to go out with Cherry because Cherry worked on Wall Street,” he said of his friend Lauren, whom he took on tour with him. “And then she was like, ‘Oh Cherry Seaborn is in town, do you want to hang out?’ I was like, ‘Yes.’ “