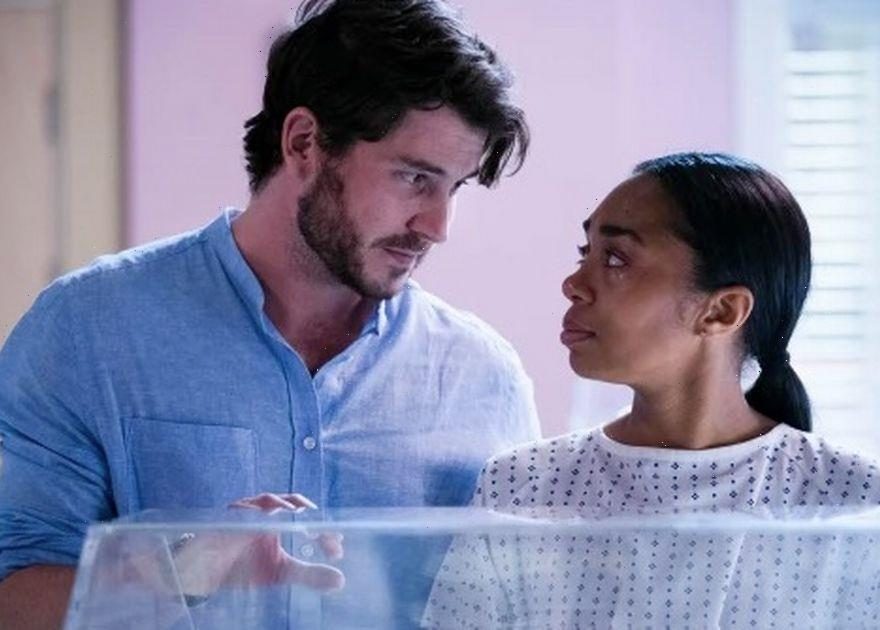 EastEnders viewers all shared the same thought as they watched Chelsea Fox go into premature labour and give birth to Gray Atkins' baby.

In sensitive scenes aired recently, Chelsea – who is played by Zaraah Abrahams in the soap opera – attempted to flee the country after learning of her new husband's murderous past.

While Chelsea tried to make her escape, Mitch found her and brought her back to Gray, who was furious upon her return.

As Gray made his anger known, suddenly Chelsea began feeling pain in her stomach and her water broke shortly after – prompting her husband to call an ambulance.

At the hospital, Chelsea was told she was in premature labour at just 24 weeks. While she begged for her mum to stay with her during the labour, Gray was by her side instead.

Following the birth of their baby son Jordan, who was named after Chelsea's late brother, she went into a panic and asked if everything was okay with her newborn. Doctors explained that he had a strong heartbeat and rushed him into intensive care.

Once recovered, Chelsea and Gray stood over their son Jordan and she decided to try and appease her husband in a bid to keep him calm.

She told Gray: "I'm sorry for leaving. It all suddenly became real and I got overwhelmed and I got scared. But I should’ve just come to you and spoken to you.”

Gray, who is close to his comeuppance, responded: "Well nothing matters now except us and Jordan. He’s a part of you and he’s a part of me, he will be OK.”

While the scenes were distressing, many viewers couldn't help but notice how fake the baby looked in the episode as they took to Twitter to brand Jordan "fake".

One person wrote: "When you’re properly engrossed in the episode then the sh****t fake baby makes you rupture something from laughing. That was shocking".

Another said: "I appreciate they couldn't use a real premature baby, however, that plastic doll was shocking! You can buy very realistic "reborns". Did the budget not stretch to that?"

A third shared: "How fake was that baby tho #EastEnders," followed by a weary face emoji.

While a fourth added: "Why did #EastEnders even bother showing Chelsea's baby?? The baby looked ridiculously fake, even Baby Born looked more real".

Stay up to date with all the latest on EastEnders by signing up to OK!'s daily celebrity newsletter.