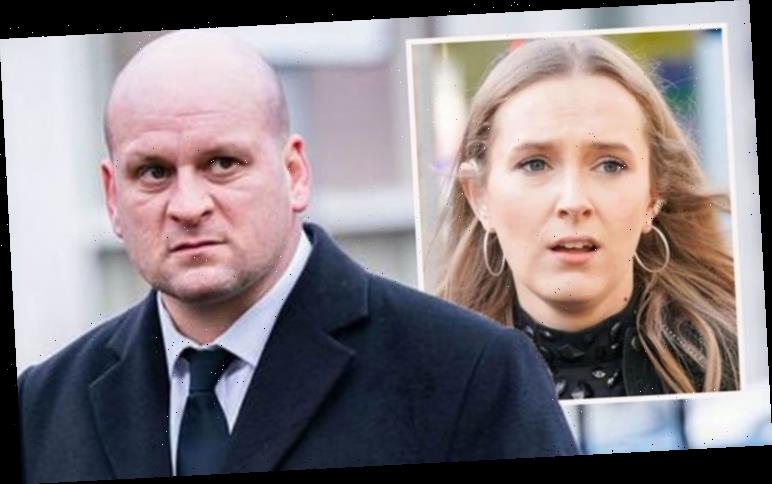 EastEnders: Frankie says she ‘needs to get out’

Stuart (played by Ricky Champ) has been taking a back seat of late on EastEnders, enjoying married life with wife Rainie Highway (Tanya Franks) and their daughter Abi Branning. In the meantime, one of his oldest friends Mick Carter (Danny Dyer) has been reliving the horrific child abuse he was put through by Katy Lewis (Simone Labhib). Viewers of the BBC soap know this resulted in the birth of Frankie Lewis (Rose Ayling-Ellis), who has since started to integrate into the Carter clan as her mother faces the consequences of her actions. However, when the troublesome undertaker discovers what his friend was put through when they were in care together, he sees red and it seems a death could be on the cards.

The drama begins next week when Mick and his wife Linda Carter (Kellie Bright) finally reclaim the Queen Vic pub as their own.

Stuart and Rainie are somewhat sceptical about how their friends seem stronger than ever but they soon discover why when the former begins to put the pieces of the puzzle together.

He starts to see the wood for the trees when a scene shows the pub landlord having a private conversation with a detective.

DI Pines tells Mick they have arrested Katy and the authorities are going to make an appeal for more survivors to come forward.

This leaves the father-of-five extremely anxious as he worries people will find out what happened to him and sure enough, Stuart makes the devastating realisation. 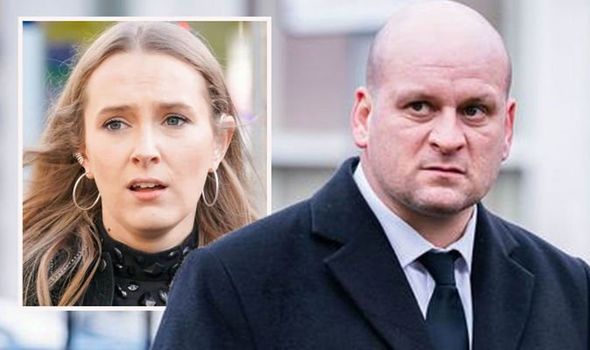 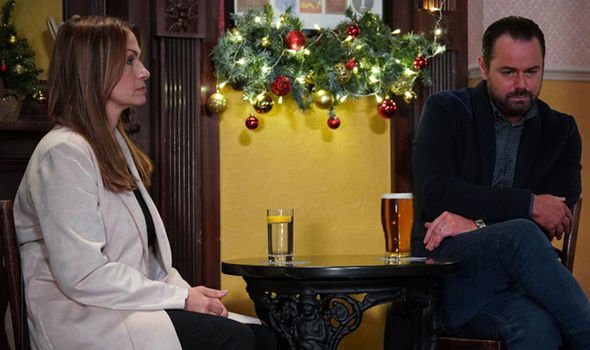 When the undertaker hears a woman has been arrested for historical child abuse offences, he realises this is why Mick has been acting so mysteriously lately.

Though, the pub landlord isn’t the only one concerned about the news of Katy’s arrest as his daughter becomes angry that everyone will find out about what her mother did.

The youngster is unaware that Stuart is listening in and he is shocked to discover Frankie is the child abuser’s daughter.

As his temper soars to new heights, the troublesome character beings to plan a way he can get revenge for his old friend, still unaware of who Frankie really is. 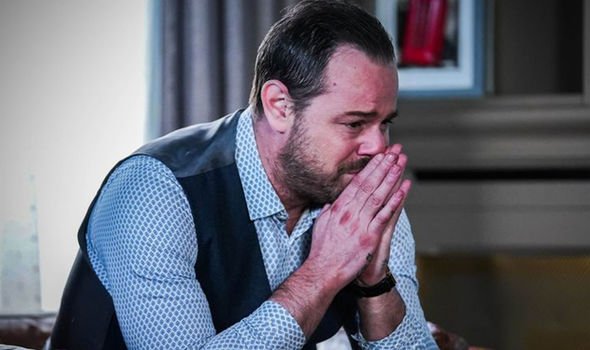 Frankie had a strange expression when she saw Stuart

Stuart realises that he has a link to the youngster in the form of his brother Callum Highway (Tony Clay) and tries to suss out how he can get his hands on Frankie.

Later scenes will show Mick’s daughter meeting the undertaker at the car lot office but things take a terrifying turn.

The pub landlord will then receive a voicemail in which Stuart tells him he has Katy’s daughter in his sights.

When the father-of-five gets to the car lot, he is shocked to discover his old friend is threatening his child. 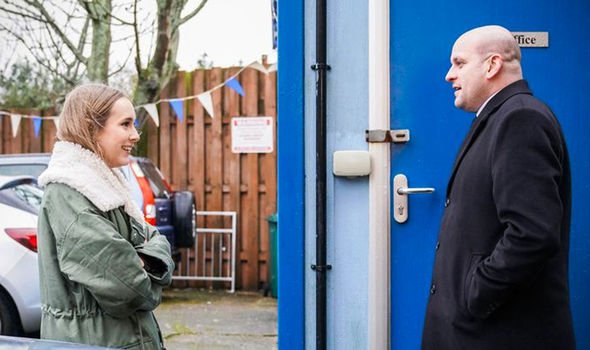 However, will Mick be moments too late as Stuart ends up killing Katy’s daughter in order to enact revenge on the child abuser?

It could be that when the pub landlord is holding Frankie’s body in his arms that Stuart realises their connection to one another.

Having come close to killing someone before, this heartbreaking turn of events could see the troublesome character finally claim the life of his first victim.

As he has only recently begun to build a relationship with the youngster, Mick could be gunning for his old friend.

With Stuart having caused so much troubled on the Square since his arrival a few years ago and never being arrested for his crimes, will his luck run out in the aftermath of this latest death?

In a shock twist, fans are taking to Twitter to theorise that the undertaker could be Frankie’s biological father as he and Mick were both in care at the same time.

One viewer posted on the social media platform: “Interesting how Stuart keeps appearing in scenes with Frankie #EastEnders.”

Another posted: “Absolutely convinced now that Frankie is actually Stuart’s daughter. She likes red and brown sauce together, and there was a scene last year with Stuart saying the exact same thing #EastEnders.”

Whilst a third commented: “Frankie had a strange expression when she saw Stuart and realised he had been in the care home with Mick. Possibly Stuart is her dad?”

EastEnders continues Thursday at 7:35pm on BBC One.