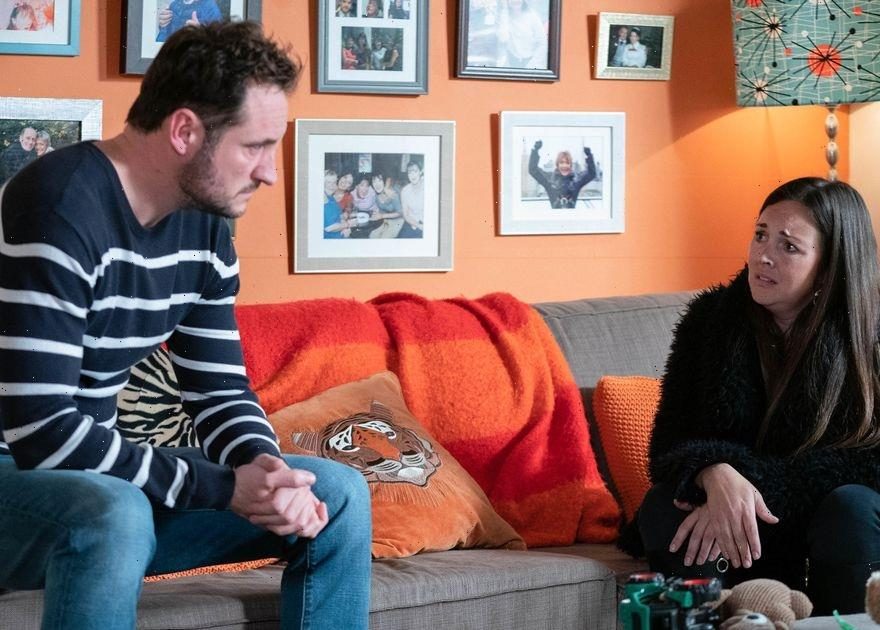 EastEnders spoilers look set for explosive scenes next week as Martin Fowler works out that Ricky Jr is the father of his daughter Lily's, 12, baby.

Only recently, fans were left floored as Stacey Slater learnt that her daughter Lily is pregnant in a huge twist with it later revealed that Ricky Jr, also 12, is the dad.

And in upcoming scenes, all hell breaks loose after protective father Martin realises that Ricky Jr is the dad of his daughter Lily's baby.

To which Martin threatens to tell the Brannings and says the police must be told that Ricky Jr is the father of Lily's baby.

A terrified Lily goes to find Ricky Jr and breaks the news as he rushes off in a panic, bumping into Sam and blurting it out.

The Slaters and the Brannings then end up in a huge argument where harsh words are exchanged.

Later, Jack takes his son to the police station, where Ricky Jr. undergoes interview, fearing what the consequences will be.

While Sam is torn between her new life in Germany with Ricky and staying in Walford to support her son.

And things turn more complicated when she turns around to see Ricky down on one knee, holding an engagement ring.

Elsewhere, it's the day of Lola and Jay’s wedding, but the bride takes a detour to the hospital after feeling unwell. Lola confesses to Kim that she can’t go through with the wedding.

A nervous Jay is later relieved to see Lola arrive at the registry office, but is he heading for heartbreak?

While Billy tracks down Lola’s mum Emma (played by Patsy Kensit) and asks her if she’ll attend the wedding. But will she be keen on a reunion?

Also, Sonia is shocked to receive a large inheritance tax bill for Dot’s house while Reiss returns to the Square and the pair set out working out a way to keep the house.

While Linda is feeling low, but springs into action when Jay needs a venue for the wedding reception. Later, some wise words from both Jay and Patrick help her look to the future.

EastEnders continues on Mondays, Tuesdays, Wednesdays and Thursdays at 7:30pm on BBC One.