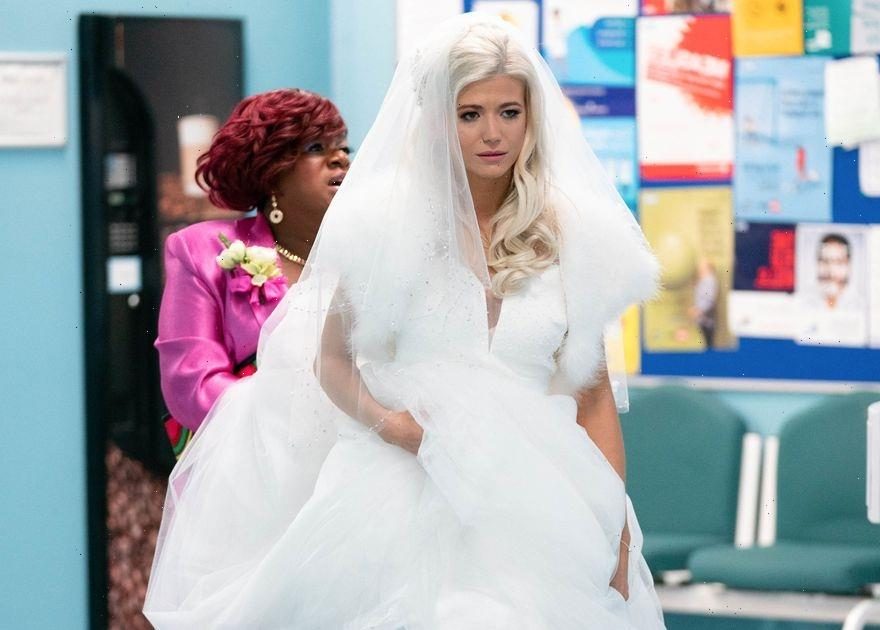 EastEnders viewers can expect plenty more bumps in the road as Ricky Jr is finally exposed as Lily's baby daddy to the rest of the square.

Stacey and Martin are on tenterhooks as they try to help Lily, who ends up fretting over a conversation with Whitney about her baby.

In turmoil, Lily ends up confiding in Kat, who understands why she is feeling so conflicted.

When Ricky Jr. arrives to check in on Lily, Martin works out the youngster is the father of his daughter's baby.

Meanwhile, Ricky is excited about his new life with Scarlett and Sam, but Sam is worried about telling Ricky Jr. that she’s leaving.

Martin threatens to tell the Branning’s and demands the police must be told that Ricky Jr. is the father of Lily’s baby.

A terrified Lily goes to find Ricky Jr. and breaks the news, before he rushes off in a panic and blurts everything out to Sam.

Sam blows her chance to console her son and ends up upsetting him by revealing she’s moving to Germany.

As the news gets out, The Branning’s and the Slaters have a big confrontation where harsh words are exchanged.

When Sam goes to the Branning’s to explain why she is leaving for Germany, Jack is furious as their son could face criminal charges.

Later, Jack apologises to Ricky Jr. for neglecting him recently and takes him to the police station for his interview.

Sam sees Jack and Ricky Jr. leaving and feels awful, but is suddenly stunned when she turns around to find Ricky down on one knee holding an engagement ring.

Later, Jack and Ricky Jr. arrive at the police station for his interview and Sam turns up to support her son.

After Jack loses his temper, Sam sits in with Ricky at the interview.

Back in Walford, Ricky is stressing that Sam is so late they might miss their plane.

She finally arrives, and Ricky insists they get moving.

Meanwhile Lola is panicking about her hen do and feels worse when she thinks she looks terrible.

But Jay comes to the rescue when he gets Kim and Denise to swoop in and give her a glow-up.

Meanwhile across the square, Alfie is worried when Linda can’t face work, but when Jay turns up in a panic over forgetting to book the wedding reception, she swings into action.

After they sort out the event, Linda asks how Jay copes with knowing Lola will die and they share a deep and meaningful conversation about hope.

Later, Patrick talks to Linda about how to go on without Mick.

Meanwhile, Billy has a false start in his search for Lola’s mum and Phil offers his support.

Billy and Jay are worried when Lola is secretive with her phone so Billy swipes the device to find out what’s going on.

Despite being annoyed that Billy took Lola's phone, Jay joins him in looking at what Lola has been hiding – but Lola is horrified to walk in and find them invading her privacy.

After Denise and Kim are finished with her hair and makeup, Lola starts panicking about the future.

Elsewhere, Jay has a heart-to-heart with Honey and she accidentally lets slip what Billy is up to.

At Emma Harding’s work, Billy finally finds her and tells her who he is – will she agree to attend Lola’s wedding?

Kim and Lola take a detour to the hospital so she can get checked out.

Back at Emma’s work, Jay arrives and goes mad at Billy for going behind Lola’s back to find her mum.

But he’s got bigger problems when he arrives at the wedding venue to find Lola, and she’s nowhere to be seen.

At the hospital, Kim is shocked when Lola says she can’t marry Jay today.

Jay nervously awaits his bride’s arrival at the registry office, but when Lola turns up, she asks to have a word with him.

Will the wedding go ahead?

Elsewhere, Sonia is horrified to discover she owes a huge amount of inheritance tax on Dot’s house.

Despite being annoyed that he ghosted her, she calls Reiss – but he says he can't help her.

Sonia comes to the conclusion that she’ll have to sell Dot’s house to pay the inheritance tax bill, but is later stunned to find Reiss on her doorstep.

He apologises to Sonia and insists he didn't mean to ghost her before they sit down and see if there’s any way for Sonia to keep Dot’s house.

Later, Sonia makes a move on Reiss, but how will he respond?