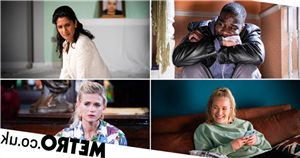 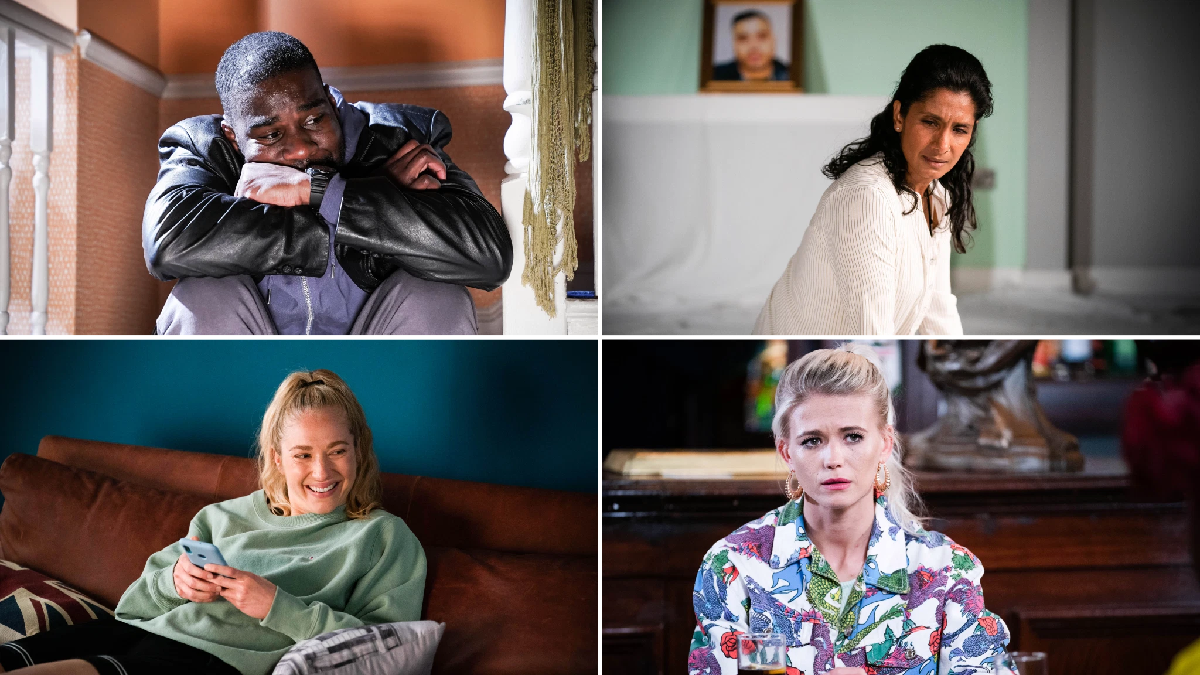 EastEnders characters are in crisis next week as Isaac Baptiste (Stevie Basaula) finds himself in the grips of his schizophrenia and as he spirals, Ruby Allen (Louisa Lytton) fears for the safety of her children.

Isaac’s auditory hallucinations stop him from taking his medication. When Lily and Arthur arrive home, Isaac persuades them to go away on a picnic. He wants them to stay away from Ruby’s house so they’re out of harm’s way.

Later, Ruby is shocked to find Isaac trying to break into her house again. She panics further when she realises that she doesn’t know where the kids are. Martin decides to call the police, so Isaac runs home and locks himself inside.

Peter ignores Ash’s calls, leaving her hurt that he hasn’t been there for her while she has been grieving. Peter admits to Kathy and Bobby that he can’t handle being around Ash’s family. Later, Ash asks Kathy about Peter’s distant behaviour.

Phil wants Kat to let Tommy do a football trial and Zack makes a bold gesture.

Patrick convinces Isaac to let him inside the house. He promises that he won’t let anything bad happen to Isaac and briefly manages to get him outside, but Isaac soon rushes back in.

Ruby and Martin wait for the police to arrive, while Jean finds Lily and Arthur in the allotments.

Kathy gives Peter some home truths over his treatment of Ash. When Peter seeks out Ash, he finds her with another man.

As Chelsea continues to stay at Gray’s, she accidentally knocks over a plate that was a gift from Mia to Chantelle.

Kat warms to Phil’s idea over Tommy and the football trial.

Chelsea is forced to wear an ankle tag while she’s on bail. Later, she attends Gray’s work function with him. Gray gets drunk at the event and makes a fool of himself in front of his boss Laura. Laura privately warns Chelsea that she should get away from Gray while she still can.

Honey is confused to find the Minute Mart closed. Honey visits the Panesar house to find that Suki is still in bed. She offers to look after the shop for her today.

Jay tries to make amends with Billy but gets rejected again andSheree gives Lola a word of warning.

Gray is hungover, so he oversleeps and misses a meeting.

Later, Laura informs Gray that she’s not happy with his performance. Gray responds by taking matters into his own hands.

Rocky winds Billy up when he sees him on his stall. Billy responds by challenging him – whoever manages to sell the most in ten minutes wins. Later, Billy makes a second attempt to get one over on Rocky by challenging him to a game of foosball.

Suki is angry to find Honey running things at the Minute Mart.