EastEnders fans were left buzzing after tonight’s show where much-loved couple Mick and Linda Carter talked over the idea of having another baby.

The couple already have four kids together – Lee, Nancy, Johnny and Ollie – but with the three eldest all grown up and living away from home, the Carter nest has been feeling a bit empty. 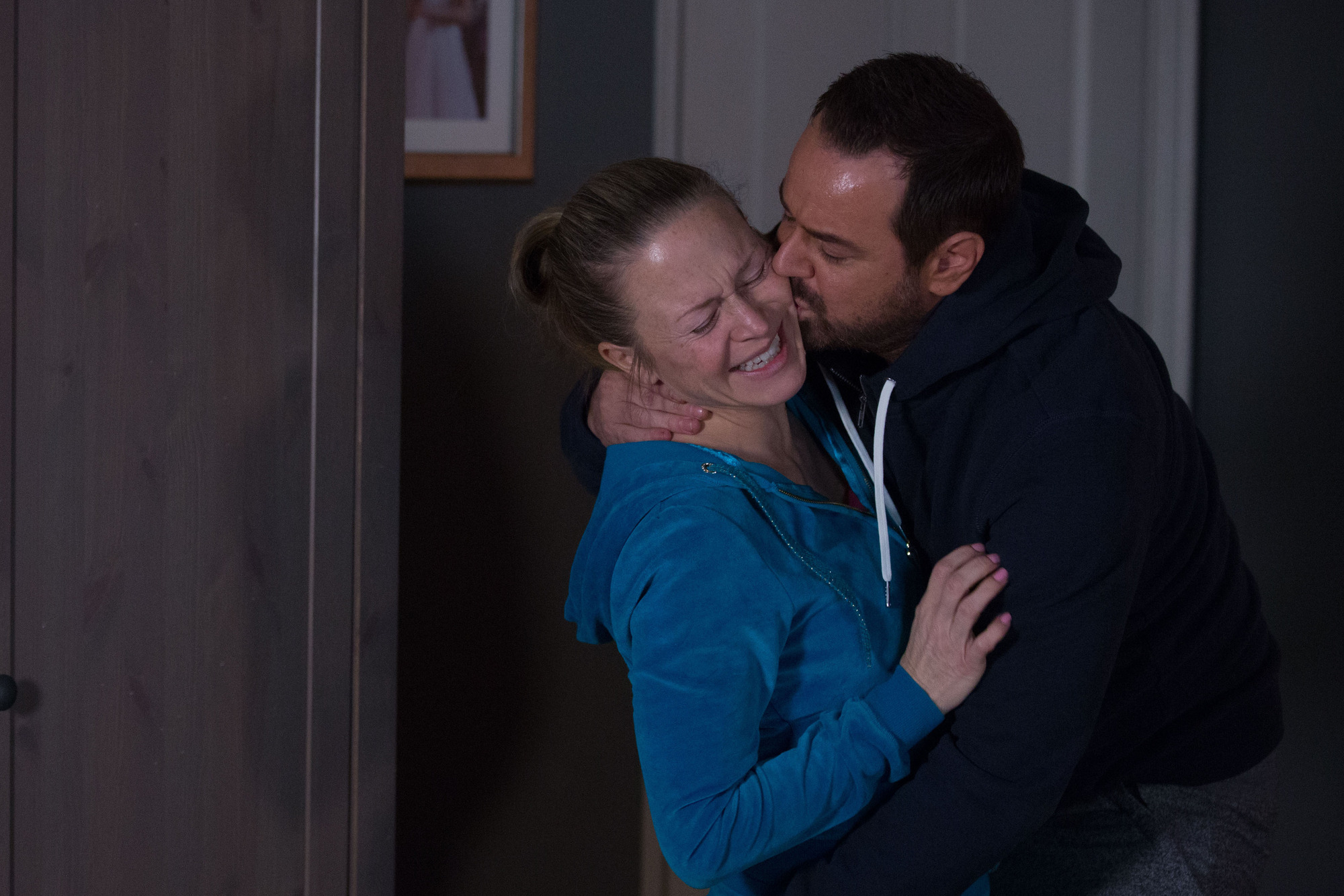 So will they decide to have another baby Carter?

It would be the ultimate way to show everyone that they’ve managed to put their marital problems of the past couple of years behind them and are more solid than ever.

The couple have had to cross a lot of bridges including Linda’s cancer secret, Mick falling in love with daughter-in-law Whitney Dean and Stuart Highway framing Mick for attempted murder.

The psycho – played by Ricky Champ – shot himself and set it up so it looked like Mick had tried to kill him.

Mick – Danny Dyer – ended up going to prison and was left distraught when Linda publicly dumped him, after telling him that she thought he was guilty.

The pub landlord’s heart was broken even more when he learned that not only would Linda not speak to him in prison, but she’d grown close to Stuart on the outside.

Linda’s actions left all of the Carter clan baffled as she cosied up to Stuart – who had been abusive to Tina Carter in the past – and left Mick to rot in jail.

But it soon became clear that Linda was actually playing a game, winning Stuart round and getting him to trust her. Her ultimate plan was to make him confess to setting Mick up which she planned to record and use against him.

BARE BRETT EastEnders star Laurie Brett, who wed in secret, is stripping for All New Monty

She managed to do it and Mick was released, but he found it hard to be around Linda at first, not understanding why she’d got so close to his nemesis.

But the couple have managed to put the hard times behind them and headed off to Australia earlier this year to see Nancy tie the knot with her long-term love Tamwar Masood.

Mick’s realised how much he’s missed his kids though and is now feeling broody.

So will he and Linda have some nappy news to share soon?