Wanting to get sole custody of his granddaughter, named after her mother, Max concocted a plan with Rainie to pose as a married couple, promising her she would be able to raise Abi as a mother and get a substantial payout.

Rainie soon realised her feelings were a lot deeper for Max on the BBC soap and although the pair seemed loved up for what seemed like a matter of moments, the businessman became shrew with his wife before leaving for France.

Living up to his reputation, Max’s brother Jack Branning (Scott Maslen) returned from France and broke the news to Rainie that Max had begun seeing a French lady, leaving her heartbroken.

Rainie was livid with Max on his return this week, however, it could be Jack who feels he’s been stabbed in the back when it seems his brother may be making a move on his ex, Mel Owen (Tamzin Outhwaite).

It was teased before Max and Jack left for France in the fallout of the former police officer’s part in Mel’s son’s arrest for the murder of her husband Ray Kelly (Sean Mahon), there was a bubbling chemistry between the pair.

Jack will begin moving on from his ex Mel next week when he agrees to go on a date with Walford’s latest businesswoman, Denise Fox (Diane Parish), which will leave the E20 owner believing she should do the same.

After Jack drops the news on Mel, she will try to hide her jealousy, but one person who sees right through her poker face is Max who decides to wind up the blonde.

As Max and Mel share a drink, it seems the pair could become the latest scheming duo to wreck havoc on Walford and cause fractions within the Branning family dynamic.

If Jack does begin to see Denise in a new light after their date, he could still harbour feelings for Mel and seeing his brother get closer to his ex may leave the former police officer with a case of the green-eyed monster. 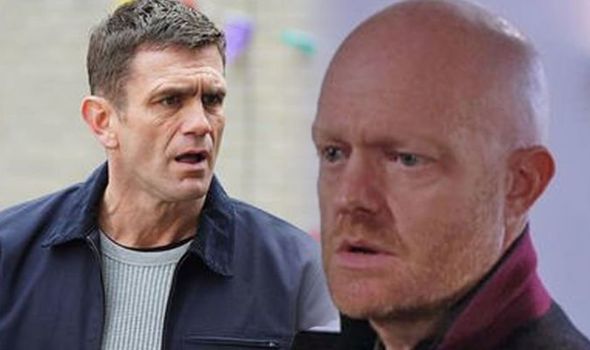 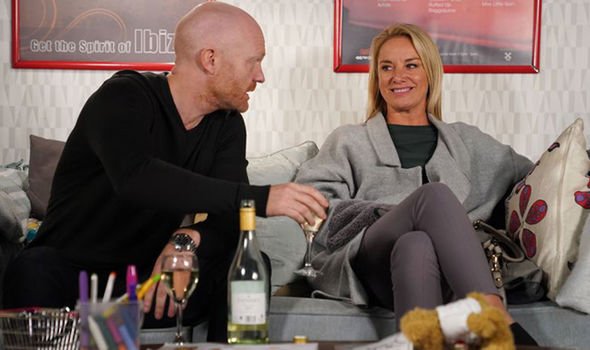 Viewers will know the brother’s have had a long-standing feud when it comes to their complicated love lives, with Jack having a brief fling with Max’s ex-wife Tanya Cross (Jo Joyner) when she discovered her husband was having an affair with Stacey Fowler (Lacey Turner).

Most recently, Max’s estranged wife Rainie has jumped into bed with Jack as she felt neglected by her husband, only for the one-night stand to lead the former drug addict to admit her true feelings for Max.

However, will Jack fight to win Mel back and leave Denise heartbroken, or will he see his brother’s move on his ex as a chance to focus his attention on a new romance with his neighbour?

Fans of the soap will have to wait and see if Max does pursue a romance with Mel but, it seems he has a new enemy in Ben Mitchell (Max Bowden).

The young gangster was seen telling Jay Brown (Jamie Brothwick) he owned the deeds to the land the car lot was built on, the business which is owned by Max and Rainie. 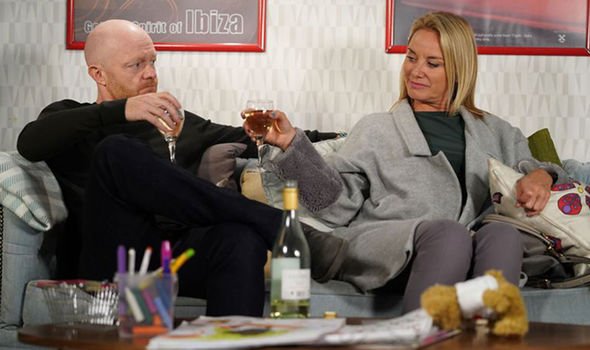 Would be very happy treading the cobbles

Ben was seen threatening Rainie in Monday’s episode and after stealing the bulk of her merchandise, he was left furious when the saleswoman revealed she needed some new stock anyway which was covered by insurance.

Needing another plan to get his hands on the car lot, Ben dropped the bombshell on Jay, stating it was payback for Max killing their friend Abi as they believe the businessman caused her untimely death.

With Jay contemplating the idea of taking back what’s rightfully his, will the funeral director find himself in a dangerous position as he becomes a pawn in Ben’s criminal masterplan?

Viewers know Ben has a dangerous side, having killed fan favourite Heather Trott (Cheryl Fergison) in 2012.

Now, actress Cheryl Fergison has put herself forward to star in Coronation Street, taking to Instagram in light of the recent cast exits, posting: “Ok… so @coronationstreet actresses seem to be leaving one by one… well this actress right here would be very happy treading the cobbles if there was a spare role going?”

EastEnders continues Thursday at 7.30pm on BBC One.