EastEnders resident Jack Branning (played by Scott Maslen) has finally seemed to settle down with his latest love-interest, Denise Fox (Diane Parish) as the pair have gone from strength-to-strength in recent months on the BBC soap. However, when the show returns this autumn, it seems the lovebirds could get into a spot of trouble after Jack’s young daughter Amy (Abbie Burke) accuses Patrick Trueman’s (Rudolph Walker) son Isaac (Stevie Basaula) of something which could see the beloved couple torn apart.

Denise and Jack have become known as one of the more solid couples in the Square.

But when viewers meet up with the pair again this autumn, it seems there could be some complications ahead as they continue to navigate in their relationship.

Earlier this year, Denise discovered father-figure Patrick had a secret son named Isaac, who arrived in Walford soon after.

After the revelation, Denise was one of the few residents who managed to get through to Isaac and try to stop him for berating Patrick. 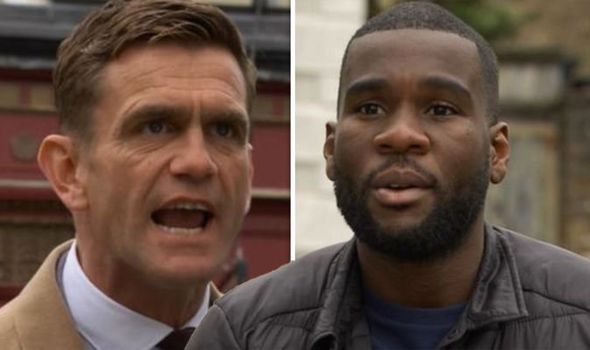 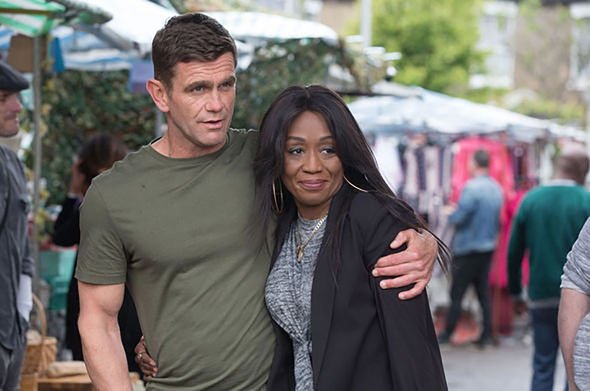 But there have been hints of a darker side to Isaac and it seems this could be explored in more detail when the soap returns in the coming weeks.

Actor Scott explained on this week’s instalment of Secrets from the Square how his much-loved character will end up embroiled in a feud with Isaac.

A preview clip shows Jack’s daughter Amy will make an accusation against teacher Isaac, which causes Jack to lash out in scenes to come.

Jack is seen snapping at Isaac, insisting: “My daughter is not a liar,” as Amy looks on in despair. 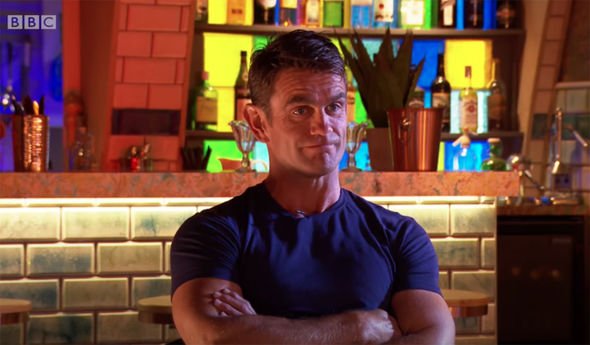 “We’ll see,” Isaac hits back – but it looks as though this could this be the start of a long-running war between the two men.

But what has Isaac been accused of by the feisty youngster and if tensions worsen, who will Denise decide to stick up for?

Could Jack and Denise decide to call things in off in a shock split later this year?

Asked by Stacey Dooley whether he believed his alter-ego and Denise would last, Scott said: “I don’t know!

“I mean she’s moving in, he’s getting to the stage now where he’s going to give it a go.”

Speaking of trouble ahead from Amy, he added: “The daughter, she’s Roxy’s kid. She’s already showing signs of Roxy.

“So that’s going to be fun growing up with that little fire starter,” Scott added.

Elsewhere, it seems as though his on-screen brother Max (Jake Wood) won’t be having the easiest time upon his return as he is set to run into some new money troubles

Fans saw Ian Beale (Adam Woodyatt) and Max strike a deal prior to the show coming off-air after Rainie (Tanya Franks) became determined to get his money.

Jake said: “Max, he half-owns this restaurant with Ian Beale… but just before lockdown, he signed it over to Ian because they were trying to hide the money from Rainie.

“So Ian offers to take on half of the business to prevent Rainie from getting the divorce money.

“Max thought it sounded like a great idea so that’s where we’re at, at the moment.”

However, fans last saw Ian buying the Queen Vic for his best friend Sharon Mitchell (Letitia Dean) – but has he been completely honest about how he’s been able to make the huge purchase?

EastEnders returns later this year to BBC One.