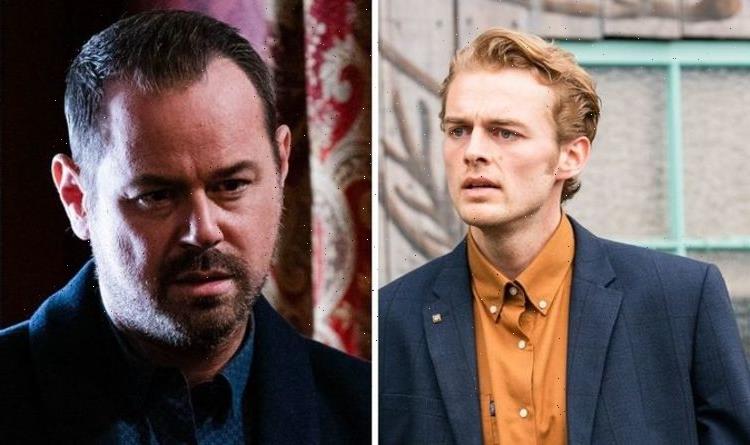 Mick Carter (played by Danny Dyer) is set to join forces with Janine Butcher (Charlie Brooks) to outbid Peter Beale (Dayle Hudson) to sponsor Albert Square’s Christmas Tree. In upcoming scenes on EastEnders, Peter becomes furious when he learns the pair have outbid him. Will he drive Mick out of business and leave the Queen Vic without a landlord to get his revenge?

Next week on the BBC soap, Peter discusses his plan to sponsor the Christmas tree in Albert Square when he’s overheard by a scheming Janine.

As part of her plan, she flirts with a customer so Liam Butcher (Alfie Deegan) can steal his keys but he fails to get the hint and doesn’t end up taken them.

Later on, Mick admits he’s worried about money and Janine suggests that The Vic sponsors the Christmas Tree and he agrees that it’s worth a punt.

He then decides Janine is right, but Peter is less than impressed when he learns the scheming businesswoman and Mick have outbid him.

Rainie Highway (Tanya Franks) and Stuart Highway (Ricky Champ) are also gutted they’ve missed out on the bid when they overhear the news.

Later, Peter pays Janine and Mick a visit to tell them he managed to outbid them which leaves the pair devastated.

That night, Mick is shocked to see that Janine is armed and ready to take Peter down.

Mick and Janine, along with Stuart and Rainie, pass a very smug Peter as he admires the new Christmas tree.

Annoyed at Peter’s complete arrogance, Mick agrees to let a cunning Janine do something to wipe the grin off his face.

The Queen Vic duo also share a tender scene together when she opens up to Mick about a memory of her father.

The duo bond over the memory and the Queen Vic landlord offers her some words of kindness that move her.

Later on, Peter is left in shock when he discovers the festive tree has gone missing and he confronts Mick and Janine.

What will happen when the Beale businessman addresses the duo about the missing tree?

Will Mick and Peter get into a physical altercation over the issue?

Or will Peter appear calm on the surface, but head home and try to drive Mick out of business in a revenge scheme?

If Peter succeeds, Mick could find himself struggling to provide for his family over the festive period.

With Christmas just weeks away, Mick should be careful who he upsets as he may come off worse than Peter.

Peter made his return to EastEnders last year during the show’s 35th anniversary week, but he’s not had a huge storyline since his homecoming.

Perhaps Peter is planning to do more than just run Mick out of business as part of a bigger Christmas narrative.

EastEnders airs on BBC One on Mondays, Tuesdays, Thursdays and Fridays.