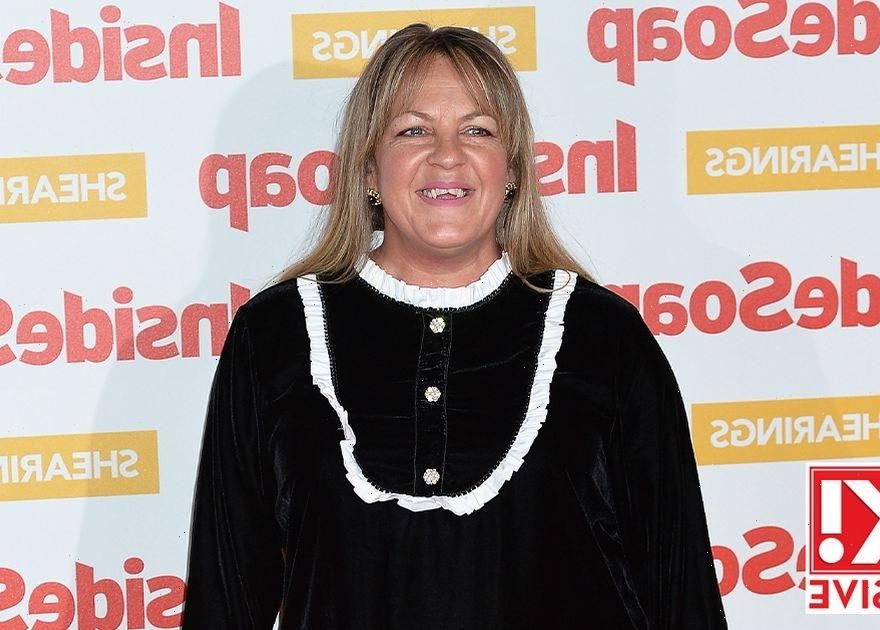 Speaking exclusively to OK! the actress, who joined the BBC One soap as the Taylor matriarch in 2016, laughed as she told us: “I’d love to do it – but I just wouldn’t want to be the Anne Widdecombe. I’ve got some moves, definitely, so I’d like to give it a go.”

The 45 year old continued to say that she’d fully embrace the experience, including the intense training and glam makeover that would be worlds apart from her soap alter-ego.

Lorraine said: “It’d get me fit and because I play Karen Taylor and she dresses very scruffily, I’d love the glitz and glamour. I’d get the spray tan going and the glitter on.”

And it seems Lorraine’s love of Strictly Come Dancing has only deepened this year, after watching her cast mate Rose, who stars as Frankie Lewis, capture the hearts of the nation.

Speaking about Rose’s incredible performances alongside professional partner Giovanni Pernice, Lorraine said: “I am a big fan of the show anyway and Rose is just absolutely brilliant.”

The actress, who said Rose is “really cool and very talented”, added: “Honestly, I’m in total awe of her, she’s done so well.”

Throwing her support behind the young star to bring the glitter ball trophy back to the EastEnders’ set, Lorraine went on to say: “I’m bias but I think Rose is going to win it.”

Lorraine also revealed that she feels Rose thoroughly deserves the title as she's continued to change people's perceptions and help others.

She explained: “She’s got to win – she’s spreading the word for deaf people and anyone with disabilities that you can go and do whatever you want to do. It’s amazing.”

However, Lorraine isn’t the only EastEnders star to back Rose to win the series, as Lacey Turner, who stars as Stacey Slater, previously told OK! she has her fingers firmly crossed that Rose will be victorious.

The 33 year old actress, who recently returned to the soap following her second maternity leave, told us: “Rose is so amazingly talented, I love watching her!”

The mum-of-two went on to say: “I really hope she wins, she deserves it.”

For more news on your favourite soaps, sign up to OK! newsletters here . EastEnders is on BBC One and BBC iPlayer