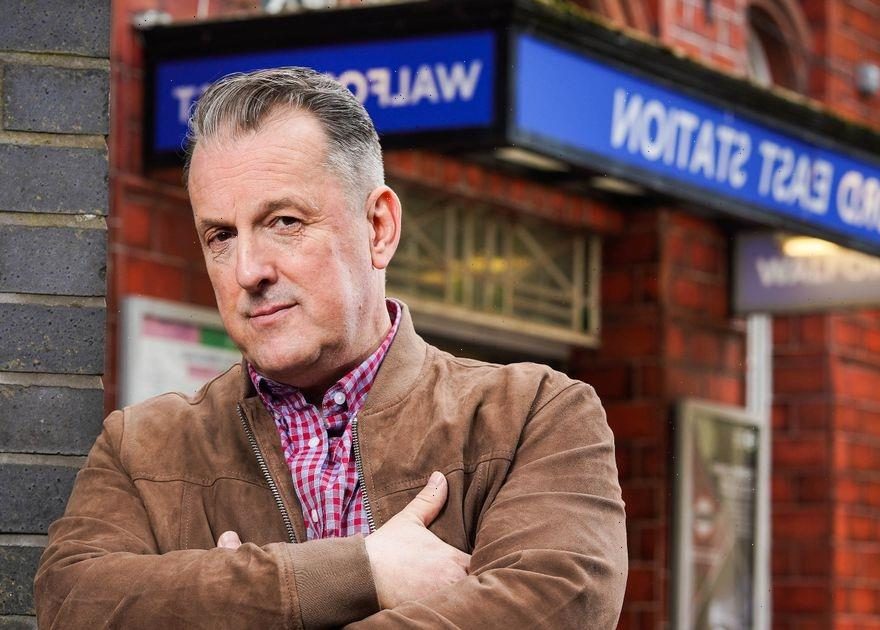 Want all the hottest soap gossip? Share your email to get news, interviews, spoilers and more from the Daily Star

Some viewers may recognise the man behind the role from a string of notable TV appearances.

Professional poker player and TV favourite Ross Boatman made his debut on EastEnders over the summer as the protective father of Dana Monroe, Bobby Beale's girlfriend.

Eagle-eyed fans have seen the 57-year-old actor in several much-loved British classics over the years including The Bill, A Touch of Frost and his memorable appearance as firefighter Kevin Medhurst in ITV drama London’s Burning.

As Harvey's romance with Jean Slater heats up in upcoming scenes of the BBC One soap, Daily Star has taken a look into the life of the TV veteran’s away from the cameras.

North London born star Ross has always had a passion for poker having learned to play at a very young age from his brother Barny.

The pair formed a foursome with Joe Beevers and Ram Vaswani, dubbing themselves The Hendon Mob. The group was invited to appear in the new TV series, Late Night Poker and appeared in all 6 series of the show.

Ross and the Hendon Mob toured the tournament circuit while being sponsored by Prima Poker and have also made many appearances at the World Series of Poker. He has also had success in the European Poker Tour.

The bluff master made it to the final table of its largest ever event – the second grand final, finishing in 6th place for £140,000.

Ross has maintained he has a preference for acting rather than poker, although he finds poker easier to profit from.

Ross was professionally trained as an actor at notable preforming arts college RADA.

Having started out in fringe theatre, he launched his TV career in 1988 appearing in an episode of The Storyteller and Dramarama before earning his best-known role as Fireman Kevin Medhurst in the long-running television series London's Burning.

Other notable television roles include A Touch of Frost, Holby City and appearing as Vic Morgan in Grantchester.

On the big screen, Ross has appeared in the gangster film Hard Men and as a rock star in the comedy Bring Me the Head of Mavis Davis.

He famously turned down a role in Lock, Stock and Two Smoking Barrels.

Soap fans will be shocked to learn that the EastEnders newbie auditioned for a part in the serial drama five or six times before landing his current role.

Before he was cast on the soap as Harvey, the star revealed he previously got down to the last two to play a different Albert Square character.

He said at the time: "This audition was my fifth or sixth – I've lost track!

"They'd always be very positive and say, 'We think Ross is perfect for the show, but this part isn't the one.'

"On my last audition, a few years ago, apparently I got down to the last two and Julia Crampsie, the head of casting at 'EastEnders', said to me, 'There will be something!' "

But the former Grantchester star admitted it "feels right" that he didn't land any of the previous parts he tried out for.

He said: "Now, we've finally found the part, and it feels right that they didn't give me the ones I went for previously, because this one makes much more sense for me."

The star was desperate to get a role on the show, and admitted he's always been a fan.

“Others dream about the bright lights of London's West End," he once said.

"All I ever wanted was jellied eels, Albert Square and cheeky pint at The Queen Vic. Words can hardly express how happy and excited I am to be here at last.

“I absolutely love the show and can’t wait to get started. I feel truly blessed.”

Eastenders airs Monday, Tuesday, Thursday and Friday on BBC One