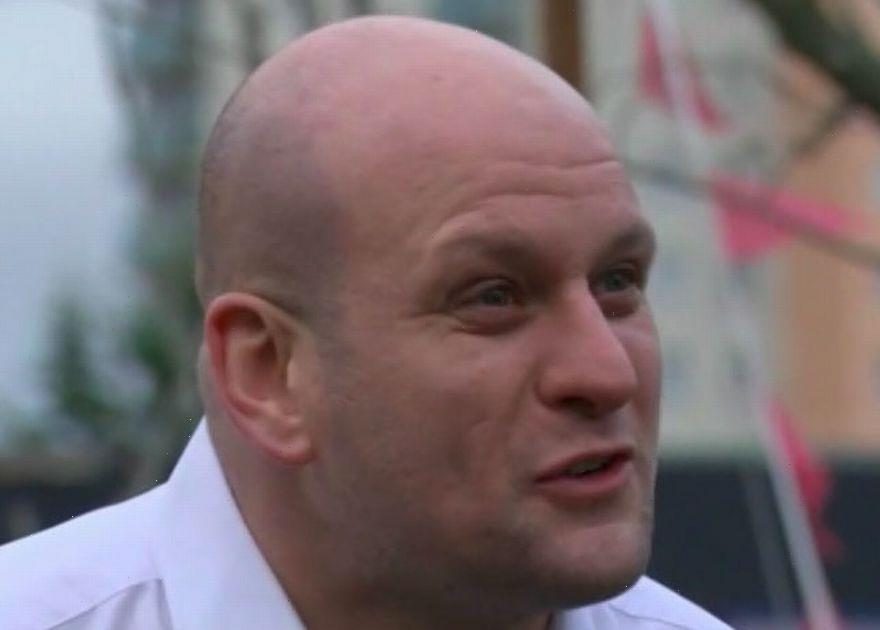 After struggling to come to terms with the diagnosis, the undertaker refused to tell his wife about the tragic news and even planned to avoid treatment.

Friday's episode of the BBC One soap finally saw Stuart breakdown in tears as he told Rainie the heartbreaking news just moments after accusing her of cheating on him with Mick Carter.

Sonia Fowler encouraged Stuart to speak to Mick about his suspicions, but he decided to let his fists do the talking instead

He punched his ex-best friend Mick in the face before accusing him of sleeping with Rainie.

After Rainie reassured her spouse that the two were not having an affair, Stuart decided it was finally time to share his diagnosis with his wife as Sonia urged him to finally fess up.

"I'm so sorry, darling," he explained.

"I think I thought, if I didn't, maybe it'd stop it from happening. I just don't want to leave you and I don't want you to leave me." An emotional Rainie begged Stuart to tell her everything before he finally told her “I have breast cancer.”

Fans took to Twitter to praise the emotional scenes, and applaud the “fantastic acting by Ricky Champ and Tanya Franks.

“That scene just broke me! I love Stuart and Rainie! I’m so glad he’s finally told her though,” said one viewer.”

Another gushed: “Beautiful acting @RickyChamp1 @TanyaFranksRuns. Stuart and Raine went through a rollercoaster of emotions tonight particularly vulnerability and fragility.

"You are going to educate many with the subject of male breast cancer. Big up yourselves.”

A third said: “If Stuart and Rainie don't get nominated for a best double act award there's something wrong, they bounce off each other perfectly #eastenders.”

Elsewhere in the episode, Janine Btucher had convinced Mick to pose as her partner for her meeting with her daughter Scarlett's social worker Claire as a means to help gain custody.

While the meeting with Claire was going well, Mick was facing the heat down in the Vic when Janine's nemesis Jay Brown discovered the arrangement.

Janine was seen begging the social worker to forgive her lies but it seemed Claire was not impressed with the web of deceit, leaving Janine with little reassurance that she would win back her daughter.

EastEnders continues Friday on BBC One

For more of the latest showbiz news from Daily Star, make sure you sign up to one of our newsletters here