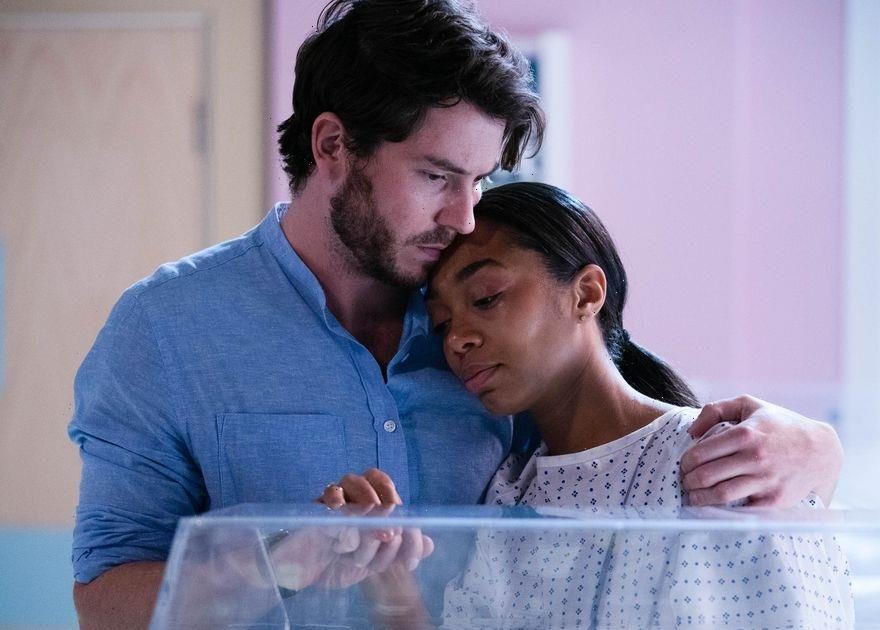 During Thursday evening’s episode of the show (20 January), Gray went to register his son’s birth – but mum Chelsea Fox (Zaraah Abrahams) was nowhere to be seen.

When Chelsea discovered what Gray had done without her, she was understandably furious as she wanted to be there too.

And EastEnders fans were quick to point out their annoyance with Gray, even questioning whether he would be able to register Jordan’s birth without Chelsea by his side.

One eagle-eyed viewer asked on social media: “Is that right?? In England, Father's can register a birth without the mother present??? #EastEnders ”

Another questioned: “I don't think you can register a birth and put the other parent on the birth certificate, without them being present #Eastenders #gray is bloody good at #Gaslighting Chelsea.”

While a third wondered: “You can't register a birth without them being present.”

However, others were quick to point out that they thought Gray was well within the law, pointing out that the couple were married at the time of the baby’s birth so could both register him.

One wrote on Twitter: “Either parent can register the birth on their own. They can include both parents’ details if they were married or in a civil partnership when the baby was born or conceived. (Chelsea and Gray are married so he can do it by himself).”

While a second agreed: “Either parent can register a birth certificate by themselves as long as the parents were married when the baby was born – Chelsea and Gray are married so legally he's able to register Jordan without Chelsea there.”

Meanwhile, after watching the heartbreaking scenes where Chelsea discovered Gray had taken the special moment away from her, viewers begged her to leave the man she now knows is a killer.

They also shared their fears that now Gray’s name is on Jordan’s birth certificate, she’ll be unable to escape his clutches and their abusive marriage – fears she too shares.

One viewer wrote: “Parts of [this storyline] are painfully realistic and Chelsea being broken down and basically giving up all hope of being free is heartbreaking.”

Another went on to make a heartbreaking comparison between Chelsea and Gray’s former partner Chantelle, who he tragically murdered.

They wrote: “We're watching Chantelle's abuse relived through Chelsea. I think we'll see the bath submersion scenario happen again and Gray getting Jordan yet before it ends.”

To read more juicy soap spoilers and theories, sign up to our daily OK! newsletter. EastEnders continues on BBC One