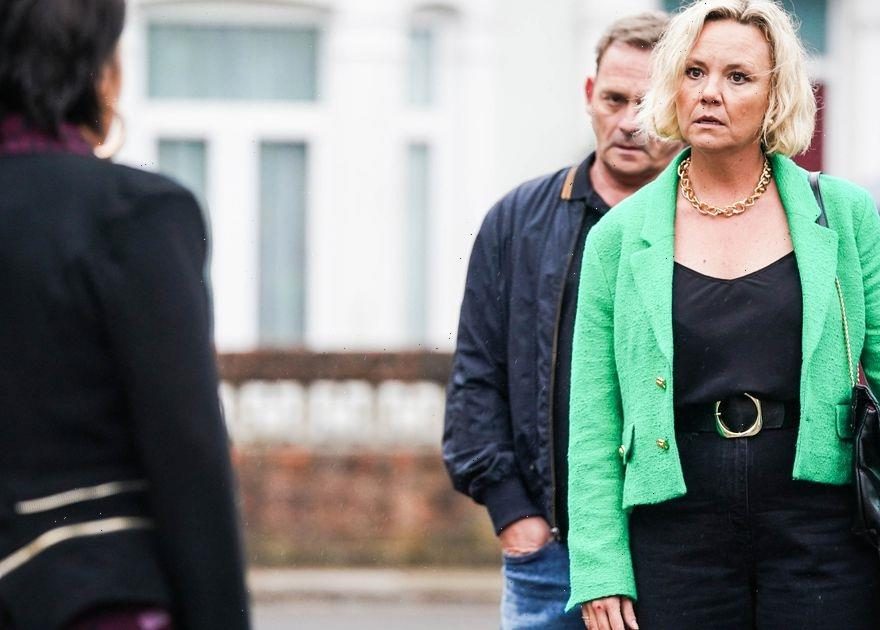 Want all the hottest soap gossip? Share your email to get news, interviews, spoilers and more from the Daily Star

Her character Janine has returned to Albert Square after a seven-year absence and while her presence has caused a lot of trouble, she has teased even more drama in the coming weeks.

This Friday (September 10), fans will see Janine track down her daughter Scarlett (Tabitha Byron), who is hiding in Phil Mitchell's house with Tommy Moon (Sonny Kendall).

Speaking at the National Television Awards, Charlie has teased that "fires" will be in Janine's future, and while she may be speaking metaphorically about the drama that inevitably follows Janine, it could be literal too as Janine will find herself trapped in Tommy's bedroom in tomorrow's (September 10) episode.

She also teased that she could be appearing in the EastEnders Christmas special, saying: "I do know a little bit about Christmas day, they're keeping a close eye on me.

"I might be… [in the Christmas special] but watching myself I struggle with that a bit more as I get older," she added.

She also commented on the day-to-day experience of filming after a long absence, with added complications from Covid-19 this past year.

"It's been extraordinary how it kept going for all the soaps, they've done an unbelievable job. It's much slower than it was before. I quite like that pace as I've been eased into it gently but I'm sure it will be back to 15-20 scenes a day," she said.

Earlier this week, Charlie spoke to Digital Spy about her return, which she said is "really exciting".

She said: "Wherever Janine goes, drama follows. My time playing her over the last 20 years has always been really exciting and always challenging for me as an actress to keep delving and keep exploring her so I'm looking forward to more of that. To come back with a big bang is amazing."

Fans will simply have to wait and see what "fires", both literal and metaphorical, Janine will have to put out in the coming weeks.

While many of Albert Square's residents are shocked, and possibly dismayed, by Janine's return, they will stage a rescue of the house's occupants as they remain trapped.

Though Charlie did not comment on this particular storyline, let's hope she does survive until the Christmas special.