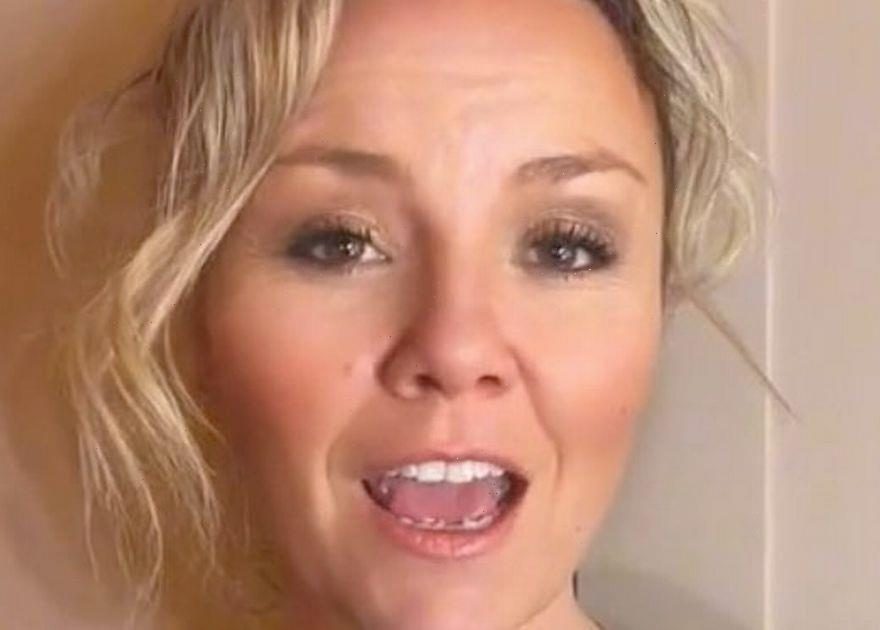 EastEnders actress Charlie Brooks looked strikingly similar to her daughter Kiki as they posed in a recent social media video.

Taking to TikTok, the 17-year-old shared a clip of Charlie lip syncing the words to Harry Styles’ Watermelon Sugar, with the caption “Can’t believe I found this video from 1997.”

The video transitioned to Kiki lip syncing the words and highlighted the staggering resemblance between the pair.

The 41-year-old, known for playing one of EastEnders' most-feared villains Janine Butcher, looked stunning with her loose blonde curls paired with silver eyeshadow and a black glittery top.

Kiki followed the glamorous theme with her blonde locks perfectly straightened and matched with a flattering nude lip gloss.

The post was shared with more than 76k followers and adoring comments quickly flooded in, with one fan exclaiming: “Wow your daughter now is your double of younger self, two very beautiful ladies.”

Whilst another gushed: “You’re literally a clone of her.”

A third also added: “Kiki, a beauty like your mum.”

In another recent video, the pair had fans in stitches as they joked about Charlie’s time on I’m a Celebrity, with the caption: “When you’re in the middle of an argument and one of us brings up the time she was on I'm a celeb and didn’t pick the door I was behind.”

One follower commented: “Oh my I do remember this I was literally crying for you…that broke me just watching it.”

Another said: "Aww I cried watching that! I thought bit was really mean to do that to a child!"

The lookalike duo have also poked fun at some of EastEnders’s most legendary scenes and jested about how often Charlie is quizzed for pushing on-screen husband Barry off a cliff in 2004.

The actress first took on the role of Janine in 1999 as the rebellious daughter of Frank, stepdaughter of Pat and sister of Ricky, before temporarily departing in 2004.

She appeared in Watford on an on-off basis in the years that followed whilst simultaneously making appearances in popular television series' such as The Bill and Wired.

Charlie finally made her long-anticipated return to EastEnders in September last year, with her 1,000th episode as Janine taking place on 10 February 2022.